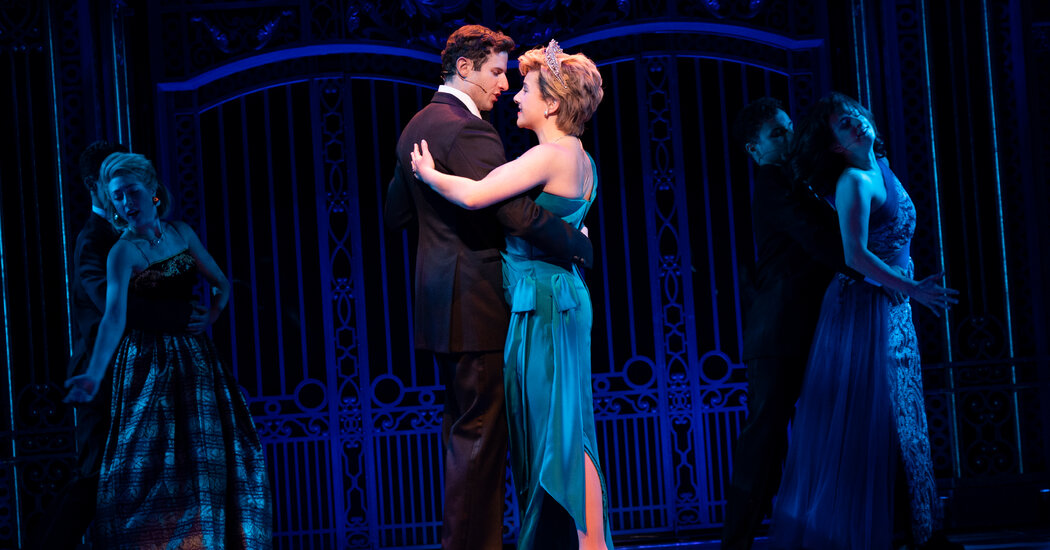 PLAZA SUITE Matthew Broderick and Sarah Jessica Parker star in a revival of Neil Simon’s 1968 comedy, made up of three one-act farces about three different couples — all played by the same actors — staying in the same hotel room at different times. It will be the first time the actors have worked together on Broadway since 1996, a year before they were married. John Benjamin Hickey directs. (Previews begin Feb. 25; March 28-June 12, Hudson Theater)

TAKE ME OUT Richard Greenberg’s 2002 play about a star major league baseball player who comes out of the closet, opening himself up to hostility and prejudice, returns to Broadway in a revival directed by Scott Ellis. The cast includes Jesse Williams, Patrick J. Adams and Jesse Tyler Ferguson. (Previews begin March 9; opens April 4.,Hayes Theater)

THE WANDERER Dion DiMucci, the heartthrob singer-songwriter (“Runaround Sue”) better known as simply Dion, is the subject of this new biographical musical about a troubled kid from the Bronx who made his way to the Rock & Roll Hall of Fame. (He’s still at it, too: “Blues With Friends,” featuring collaborations with Bruce Springsteen, Paul Simon and others, came out in 2020.) Charles Messina wrote the book, Kenneth Ferrone will direct, and Michael Wartella, who as a bratty genius provided most of the memorable moments in the “Charlie and the Chocolate Factory” musical, stars as Dion. (March 24-April 24, Paper Mill Playhouse)

HOW I LEARNED TO DRIVE Paula Vogel’s Pulitzer Prize-winning drama about sexual abuse finally gets to Broadway, with its original lead performers — Mary-Louise Parker and David Morse. Mark Brokaw (“Heisenberg”), who oversaw the 1997 Off Broadway premiere for the Vineyard Theater, will once again direct. Previews begin (March 29; opens April 19, Samuel J. Friedman Theater)

THE MINUTES Tracy Letts’s play about greed and ambition in the world of small-town politics was in previews pre-shutdown last year. Thankfully, we may finally get a chance to figure out why some of Big Cherry’s City Council minutes are being kept secret. Anna D. Shapiro directs the Steppenwolf production, which had its premiere at the theater’s Chicago home in 2017. (Previews begin in March; opens April 7 , Studio 54)

OUR DAUGHTERS, LIKE PILLARS A mother and her daughters plan a relaxing vacation of antiquing, eating well and avoiding cellphones, but will all of this togetherness really bind them? This new play by Kirsten Greenidge (“Milk Like Sugar”) will have its premiere at the Huntington Theater in Boston, with Kimberly Senior (“Disgraced”) directing. April 8-May 8. The Huntington will follow it up with Greenidge’s “Common Ground Revisited,” an adaptation of “Common Ground,” J. Anthony Lukas’s Pulitzer-winning book about desegregation in the Boston school system, which was set to be staged last year. It was conceived by Greenidge and Melia Bensussen, adapted by Greenidge, and Bensussen directs. (May 27-June 26, Huntington Theater Company)

WEDDING BAND: A LOVE/HATE STORY IN BLACK AND WHITE When this Alice Childress play opened at the Public Theater in 1972, Ruby Dee played one half of its central couple — a Black woman and a white man in 1918 South Carolina, loving each other despite laws and a racist culture that said they couldn’t. The play hasn’t been seen in New York since that production, which Childress directed with Joseph Papp. Now Theater for a New Audience is bringing it back, directed by Awoye Timpo. ( April 23-May 15, Theater for a New Audience)