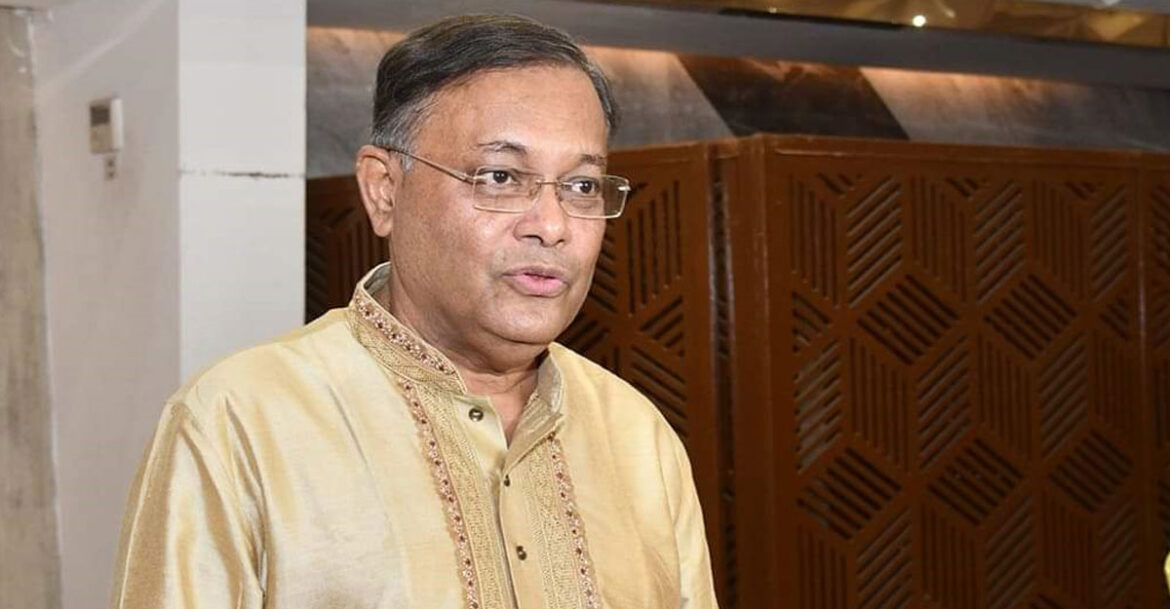 Information and Broadcasting Minister and Joint General Secretary of the Bangladesh Awami League. Hasan Mahmud said, BNP often quotes foreigners and makes various statements. Most of it is false and fabricated. This was proved by the outrage of the German ambassador.

The information and broadcasting minister was responding to a question from reporters before Iftar at the RB Convention Center in Bahaddarhat in Chittagong city on Saturday evening. The Iftar and Doa Mahfil was organized in honor of the residents of the Information Minister’s constituency living in Chittagong city.

Hasan Mahmud said that the ambassador of a country like Germany has expressed his displeasure over the statements made by the BNP leaders. I have not seen any ambassador in the country saying this about any party. The BNP has distorted the ambassador’s statement.

He further said that the politics of BNP is not with the people, they run towards foreigners from time to time. Bangladesh should not be helped by writing letters to foreigners. BNP Secretary General Mirza Fakhrul Islam Alamgir signed a letter to US Congressmen to stop aid to Bangladesh.

Mirza Fakhrul is the champion of lies- mentioning Dr. Hassan Mahmood said there was no reason for such a big event to happen in a small matter. Police are arresting the accused after examining the video footage. That is why the BNP leaders have spoken.