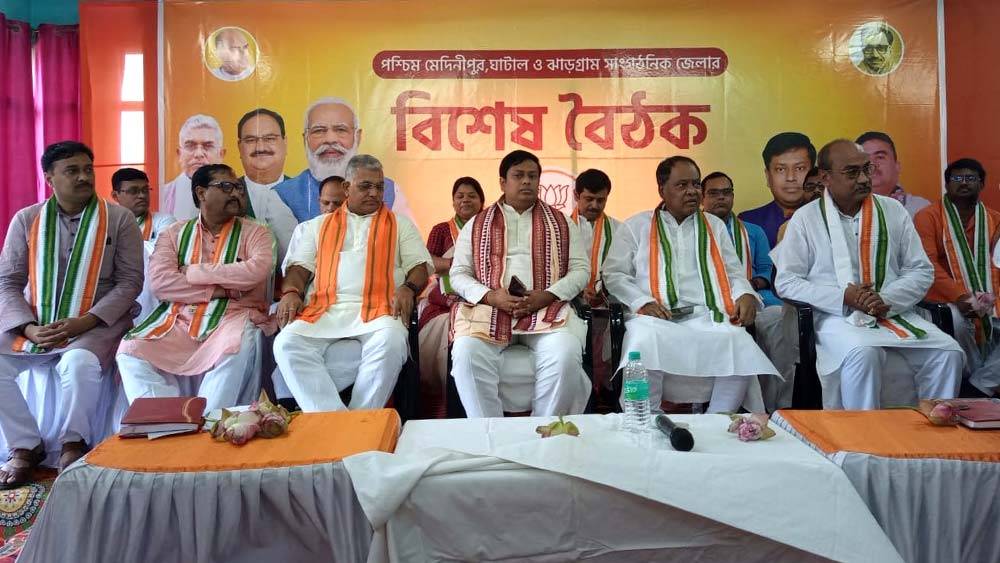 Amit Shah is coming to Kolkata on 4th May. Earlier, the BJP had called for a general assembly in Kolkata on May 2. Earlier, he left for Rashtrapati Bhavan on April 26 with the families of the party workers killed in the political clashes. A bunch of programs even after Amit left the state. All in all, the BJP is preparing to get on the road after a long time this Baishakh. State BJP leaders are desperate to make Amit’s visit and other programs a success from the court to President Ramnath Kobind. State President Sukant Majumder himself has started preparations by visiting districts. Other leaders have also started the tour.

May 2, 2021 The results of the assembly elections were announced. The BJP, which dreamed of occupying Nilbari, had to be happy to get that seat. Since then, the Gerua camp has repeatedly seen pictures of the demolition. One leader after another has left the party. Ranaghat and Dinhata have lost their seats in the by-elections. Five MLAs including Mukul Roy have left for Trinamool. The entire state had to be defeated in the by-elections. And the last two-time winning Asansol has a record turnout. On the other hand, the BJP has not been able to build any movement in the last one year. Despite the lifting of the ban on gatherings due to the Corona situation, no such large procession or gathering took place in Calcutta. Although the siege of the municipality and the state election office was carried out, it was not very successful. This time, therefore, the Gerua camp has come down with its waist tied.

The main focus of the state BJP is to make the May 2 procession in Kolkata a success. According to party sources, the target has already been set for all the districts of South Bengal to bring activists and supporters on that day. In addition to Kolkata, Howrah, Hooghly and two 24 Parganas have been targeted for large gatherings. In the same way emphasis is being laid on two Medinipur, Jhargram, Bakumra and Purulia. All the party MPs, MLAs have been asked to be present with a large number of supporters from their respective constituencies.

Not only the May 2 procession, the BJP has taken a continuous program till May 11 to spread the remnants of the movement in the entire state. There is no movement program as the Union Home Minister is visiting the state on May 4, 5 and 6. Sukanta has already announced the rest of the program. He said that the people’s representatives are on hunger strike on May 3. On that day, all the people’s representatives of BJP in South Bengal have been asked to be present at the foot of Gandhi statue in Kolkata. There they will collect ‘Shahid Madad Nidhi’ in different places of Kolkata after one day fast. According to the BJP, funds will be raised to help the families of party workers and supporters killed in the post-poll violence.

After that, BJP leaders will reach out to the families of those killed in the May 8 post-poll violence. The party leaders will take clothes and financial help as New Year’s gifts for the members of ‘Shahid’ family. All the people’s representatives have been asked to take part in this program also. After that, BJP will hold a procession at block level on May 8 and 9. On May 10, the BJP will hold a ‘satyagraha’ program by bringing members of the ‘Shahid’ family to Kolkata. In the afternoon, the BJP leaders will go to Governor Jagdeep Dhankhar with the relatives of the slain workers. The next day, on May 11, the BJP has planned a procession in each district.

This is the first time since Sukant became the state president. Although there was a plan for the Nabanna campaign in April, the Gerua camp later withdrew from it. Sukantar said about so many programs together now, “We were not sitting still. I was with the staff for a whole year. At the same time, according to the party rules, some organizational changes were also going on. Committee formation at all levels is almost over. On the other hand, the people of the state also know what the Trinamool has done in the last one year. The atmosphere of terror across the state. Murder and rape continue. We will go to all levels to save Bengal from this situation. ”On the other hand, grassroots attacks targeting the BJP continue. Party leader Kunal Ghosh said, “The BJP has managed its own factionalism before. Right now Sukant-BJP, Dilip-BJP are divided. The BJP leaders have no contact with the people of the state.