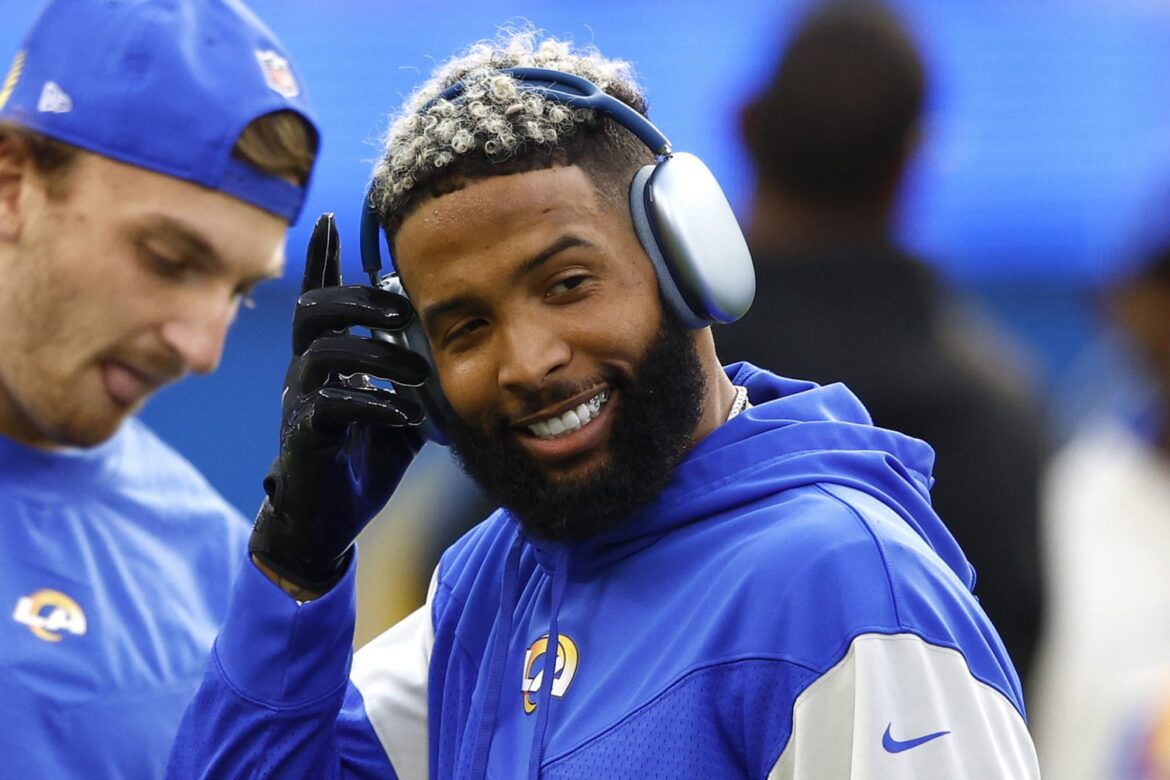 Recently, one of the top free agent wide receivers came off the board for interested teams, as Julio Jones decided to return to the NFC South by signing with the Tampa Bay Buccaneers. When looking at the available pass-catchers available, one name that sticks out is Odell Beckham Jr., who is recovering from a torn ACL suffered in Super Bowl 56.

Buffalo Bills legendary wide receiver Andre Reed posted a photo of himself and Beckham to his Instagram account. In the caption, Reed asked “how would OBJ look in red, white, and blue?” Not only that, but Reed ended the post by saying “let’s just say we had a good convo last night.”

Reed does bring up the possibility of Beckham reuniting with linebacker Von Miller on the Bills. Miller, who won Super Bowl 56 alongside Beckham this past season, signed a six-year, $120 million contract with Buffalo this offseason.

The thing with Beckham is that he is not expected to be ready for the start of the 2022 season, as he recovers from the knee injury.

Beckham was impactful during his short time with the Rams after he mutually agreed to part ways with the Cleveland Browns midway through the 2021 campaign. In eight regular-season games, Beckham recorded 27 receptions for 305 yards and five touchdowns on 48 targets. In the team’s four playoff games, Beckham caught 21-of-26 targets for 288 yards and two touchdowns.

The Bills are in a position where they can add big-name players. They are the favorites in the AFC East this upcoming season and showed last year that they are Super Bowl ready after they narrowly lost to the Kansas City Chiefs in the AFC Divisional Round.

But, you can not rule out Beckham returning to the Rams. This week, Rams head coach Sean McVay said during an interview with NFL Network that “hopefully [they’ll] get Odell back at some point.”

It will only be a matter of time before Beckham signs on with a team.