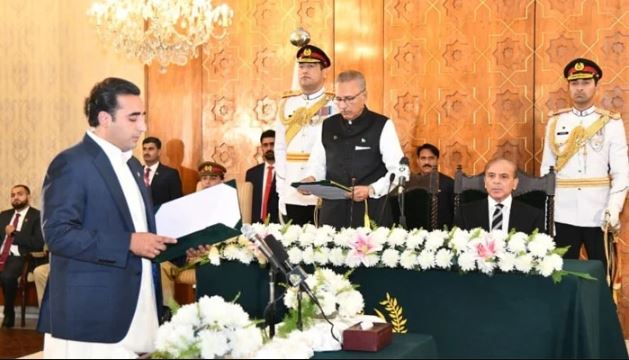 Earlier, he was sworn in as a federal minister by President Arif Ali. The swearing-in ceremony was held at Aiwan-e-Sadr. Prime Minister Shahbaz Sharif was present at the time.

Bilwal, 33, was first elected to the National Assembly in 2016. For the first time, he was appointed as a member of the cabinet.

Meanwhile, his sister Bakhtawar Bhutto-Zardari congratulated Bilwal on taking over as foreign minister.

Earlier, several PPP leaders had confirmed to the media that Bilawal Bhutto was going to be Pakistan’s foreign minister. Even then the matter was not confirmed.