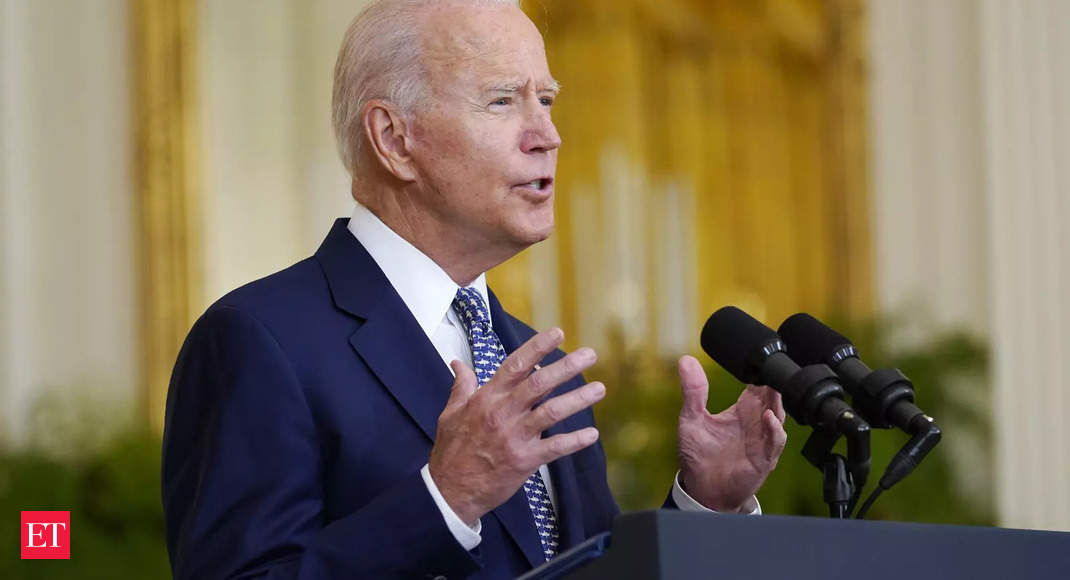 US President Joe Biden will meet virtually with the leaders of the G7 on Tuesday to discuss the ongoing situation in Afghanistan, including humanitarian assistance for Afghan refugees, White House spokeswoman Jen Psaki said in a statement on Sunday. Biden is scheduled to deliver remarks on Afghanistan at the White House later on Sunday. Britain, which currently holds the rotating leadership of the G7, earlier on Sunday said it had called for the group’s meeting this week.
British Prime Minister Boris Johnson said he had called a G7 leaders’ meeting on Tuesday to discuss the crisis in Afghanistan and urged the international community to find ways to prevent it from escalating.

Taliban militants seized control of Kabul last weekend in an upheaval that sent civilians and Afghan military allies fleeing for safety. Many fear a return to the austere interpretation of Islamic law imposed during the previous Taliban rule that ended 20 years ago.

Western governments are discussing how to handle the situation in Kabul where thousands of civilians desperate to flee Afghanistan have descended on the airport after the Taliban seized control of the country.

“It is vital that the international community works together to ensure safe evacuations, prevent a humanitarian crisis and support the Afghan people to secure the gains of the last 20 years,” Johnson said on Twitter on Sunday.