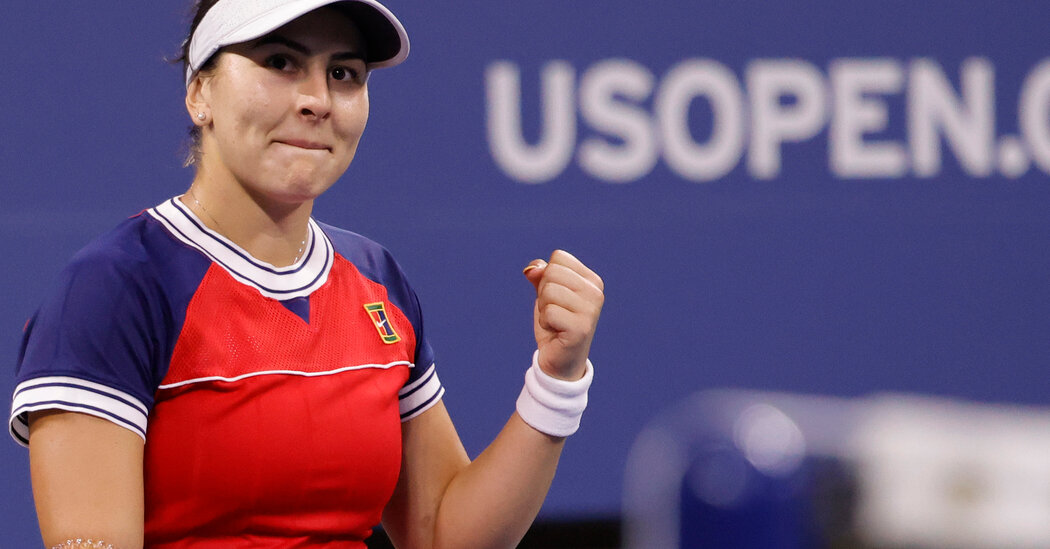 “I get bored really easily,” Andreescu once told me. “So even on the court I just try to mix it up. That can be a setback and an advantage, because I have a lot of tools in my toolbox so I try to choose the right ones at the right times as best as I can, but I’m still working on it.”

Her new team was assembled with input from Eisenbud, who began managing Maria Sharapova when she was 12 and helped her become the highest-earning women’s athlete. He later helped the Chinese star Li Na capitalize on her success.

Eisenbud and Bal actively recruited Andreescu and have been jointly managing her since June 1. Silla, her new fitness trainer, helped Naomi Osaka improve her conditioning and footwork ahead of her first U.S. Open title in 2018. Groeneveld, who is working with Andreescu on a trial basis, is one of the most experienced coaches in tennis. He coached Sharapova in the later stages of her career and helped her manage chronic injuries, which was an important factor for Andreescu.

She interviewed Groeneveld and several other coaches by FaceTime earlier this year after she made the difficult decision to part ways with Bruneau.

“Sven really stood out right from the start,” she said. “I had what I wanted in a coach written down and what I didn’t want in a coach written down. I made sure to really, really pay attention to this, because I want to get to the next level, and Sven honestly checks all the boxes: Maria Sharapova, injuries, being around on tour a long time, and that experience really, really helps, and I already see it.”

To avoid injuries, Andreescu said they have tailored her schedule to make sure that she does not push too hard on the court during practice if she is pushing hard on her fitness. She also has continued working with Kirstin Bauer, an Austrian physiotherapist and osteopath who is the one holdover on Andreescu’s team from 2019, aside from her parents and her dog Coco.