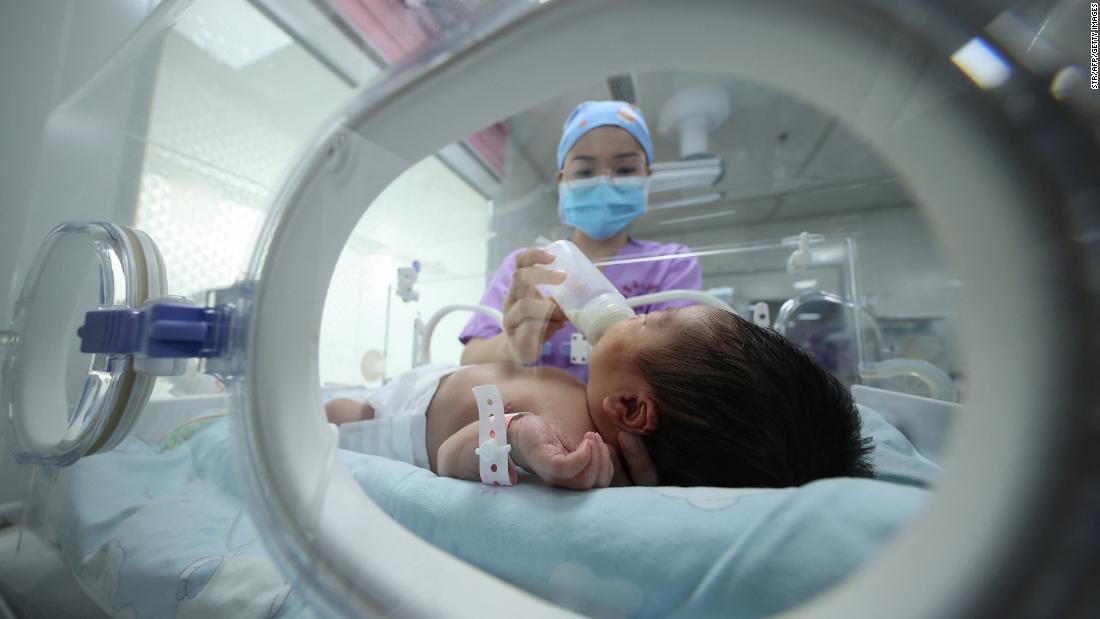 So, in 2019 she took a train across the border from the southern Chinese city of Guangzhou to Hong Kong, where she froze her eggs in a private clinic.
Now age 31, the senior executive still hasn’t claimed them — she would need to be married to do so — but the two-hour journey gave her an option not available to most single women in China.
“I did the math,” she said. “I don’t want to rush into marriage with a random man.”
Beijing wants more babies — and on Friday, it formally wrote into law a policy allowing women to have three children, although it’s unclear when that will take effect.
But it won’t let clinics offer egg freezing procedures and in vitro fertilization (IVF) to unmarried women like Cai, arguing they are risky procedures that could “instil unrealistic hope in women who might mistakenly postpone childbearing plans.”
Eva Cai froze her eggs in Hong Kong.
Eva Cai froze her eggs in Hong Kong.
Single women say denying them access to reproductive procedures is discriminatory — and that freezing their eggs will allow them to get married and have children, in their own time.
Some are going abroad for the treatment, an expensive option only available to those with enough money to fund the procedure and travel.
Experts argue that giving single women access to the procedure could ease the country’s looming population crisis. Yet so far Beijing has refused to entertain the idea, fearing it could lead to women delaying motherhood indefinitely.
Making babies in China
China’s first IVF baby was born in 1988 during the one-child policy, which began in the late 1970s to slow the country’s birth rate and deliver economic gains.
In the early 2000s, as egg freezing technology improved, the National Health Commission (NHC) issued rules banning Chinese hospitals and agencies from offering assisted reproductive technology (ART), including IVF and egg freezing procedures, to “single women and couples who are not in line with the nation’s population and family planning regulations.”
ART practices should only be used to help facilitate pregnancy in infertile married couples, or for women diagnosed with cancer who about to receive treatment that could affect their fertility, the NHC said.

Hear parents in China react to new three-child policy 01:50
Despite the strict controls on family planning, the use of IVF spread in China — and in 2016, more than 906,000 IVF cycles were performed there, according to a nationwide study published in February. The same year, more than 311,000 IVF children were born. Two years later, state media boasted China had the world’s biggest population of “test-tube babies.”
But those babies were born only within heterosexual marriages.
Unmarried women who want to access ART must travel abroad, which means the option — including freezing their eggs — is only available to a small group of wealthy women.
“I would’ve done it already if I could afford it,” said Beckie Zhu, a single Guangzhou government office worker in her early 30s, who is using a pseudonym for privacy reasons.
She worries she’ll never get married or have children, as her parents hope, but doesn’t dare ask them for the money to travel abroad because of their traditional family views.
“I think of it as an insurance, creating more possibilities in life, other than either staying single and never having child of my own, or marrying someone hastily for the sake of building a family.”
Eva Cai

Dong said the drafting of new rules “is a good thing as the drafting process includes collecting the public’s opinion, consulting with general public and experts.”
She said people in China had become more accepting of diverse family structures, including single mothers, despite government policies that previously set them apart.
For example, until 2016 the children of unmarried women were often denied resident registration, known as “hukou,” that determines access to education and health care.
Yet even if the rules change to allow single women to freeze their eggs, social pressures could prevent some from taking up the option.
Zhu, the government worker, says her parents filled traditional gender roles over decades of marriage and want the same for her. She doesn’t dare bring up the issue of egg-freezing with them, in case it starts an argument about her path in life.
“My mom lived her whole life as a household wife, never had a real job, which is why she insisted on me having someone to depend on,” she said.
“I guess they fear there would be no one to take care of me when I get old — to them that’s harrowing.”
Cai, from Guangzhou, is no closer to finding a man to marry to retrieve her eggs in Hong Kong.
She says, if she doesn’t find a partner, she may try to find a way to start family on her own — and having her eggs frozen gives her more options to do so.
“I think of it as an insurance, creating more possibilities in life, other than either staying single and never having child of my own, or marrying someone hastily for the sake of building a family.”