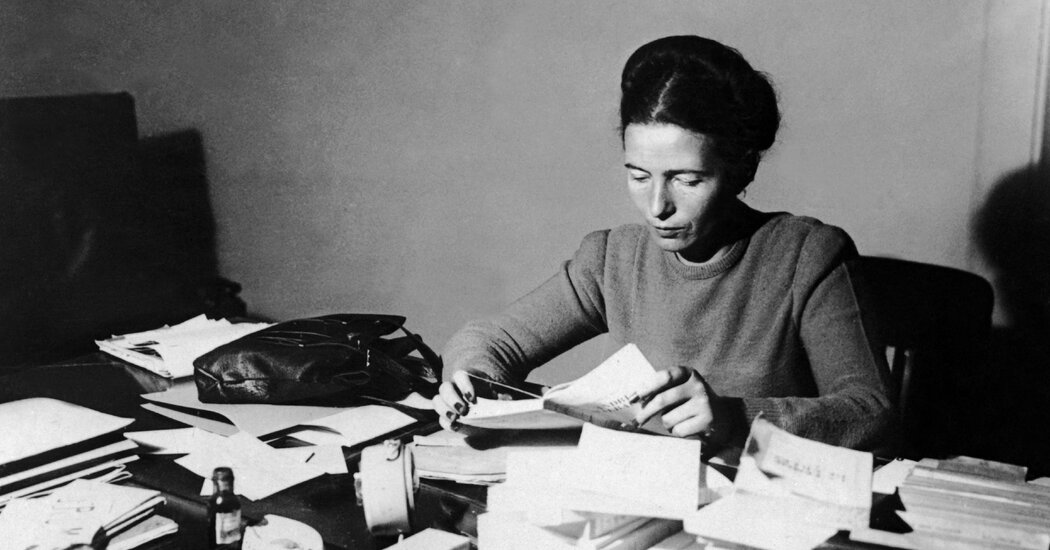 “You don’t meet a little girl who was burned alive every day,” Sylvie muses. From the start, Andrée runs hotter than Sylvie — she is more passionate, more a creature of feeling.

Funny, brilliant, a gifted musician, uncowed by the nuns who teach them, she seems to come from another world, one where the rules of feminine comportment demanded by their milieu do not apply. The two girls vie for first place in class, and Sylvie, the plodder, most often wins, but only because Andrée can’t be bothered to work as hard as she does.

But the freedom that Sylvie initially admires in Andrée — whose coolly elegant mother doesn’t scold her seven children when they overturn furniture at home, or pelt one another with scraps of bread at the dinner table — proves illusory. Andrée is caught in a vise whose grip tightens precipitously later in adolescence, as she approaches marriageable age. “Enter a convent or get married; celibacy is not a vocation,” her mother, descended from a long line of wealthy, militant Catholics, tells Andrée’s sister, who is just a few years older than she is. A pious aunt believes in “love at first sacrament” — the idea that the couple in an arranged marriage fall madly in love at the altar, as soon as they recite their vows.

Sylvie, meanwhile, loses her faith early on and is saved from the obligation to marry when her father, through a series of bad investments, can no longer provide her with a dowry. Instead, she studies in order to earn her living as a teacher, allowing her the independence she craves.

Most disturbing are the ways in which Andrée, who remains fervently devout and unsparingly devoted to her mother, internalizes the destructive impulses of a culture that consumes and constrains her. “Her mother burdened her with chores that she carried out with the zeal of a penitent,” Sylvie notes ruefully.