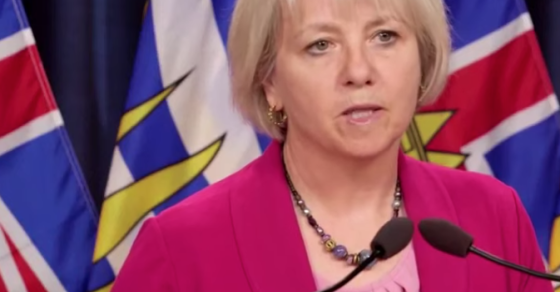 The BC Liberals are calling on the provincial government to step up with financial relief for Interior businesses impacted by the latest pandemic-related restrictions.

On Aug. 20, without advance warning, provincial Dr. Bonnie Henry extended restrictions imposed in the Central Okanagan to the entire Interior Health region, an area that stretches from the B.C.-Alberta border in the east to the Chilcotin in the west, and from just north of Williams Lake in the north to the Canada-U.S. border in the south.

Low-intensity indoor group exercise — including regular yoga and dance classes — is limited to a maximum of 10 people per class.

Henry said the health order is in place until at least the end of September and was enacted due to rising COVID-19 case counts in Interior Health.

Kamloops-South Thompson MLA Todd Stone is calling on the NDP government to ante up with financial help for those businesses affected by the health order.

“Small businesses continue to be an afterthought for John Horgan and the NDP,” Stone, opposition critic for economic recovery and innovation, said in a statement.

“If you’re going to impose new health measures on small businesses, like those now in the Interior, corresponding grant funding should also be made available to help these businesses that are hanging by a thread. Yet here we are again — new restrictions and business closures, yet no support from the NDP.”

The call from the BC Liberals has been echoed by the Canadian Federation of Independent Business.

The call for financial help has been accompanied by owners of some Kamloops businesses impacted, including Stride Spin Studio, Oxygen Yoga and Fitness and Tiger Martial Arts,

Oxygen owner Dina McLeod said her Aberdeen Village business has seen revenues dip by $200,000 during the pandemic due to repeated closure orders, noting her debt has risen to $60,000.

Stride Spin Studio owner Kristi Leschuk said her business, downtown at St. Paul Street and Fourth Avenue, has ridden a rollercoaster of financial pain in the past 17 months.

:As a group fitness business, we have been subject to health measures resulting in us having to close and re-open several times despite, no evidence of COVID transmission in our sector in Kamloops,” Leschuk said. “The government is making it very difficult for businesses like mine to stay afloat and survive the pandemic.”

“The lack of notice and clarity on these latest health orders is appalling,” he said.

“I emailed Interior Health on Friday (Aug. 20) for clarity and did not hear back until Monday, which gave us hardly any time to prepare. We’re still waiting for viaSport to confirm their stance. And the lack of financial support related to these measures is beyond frustrating.”