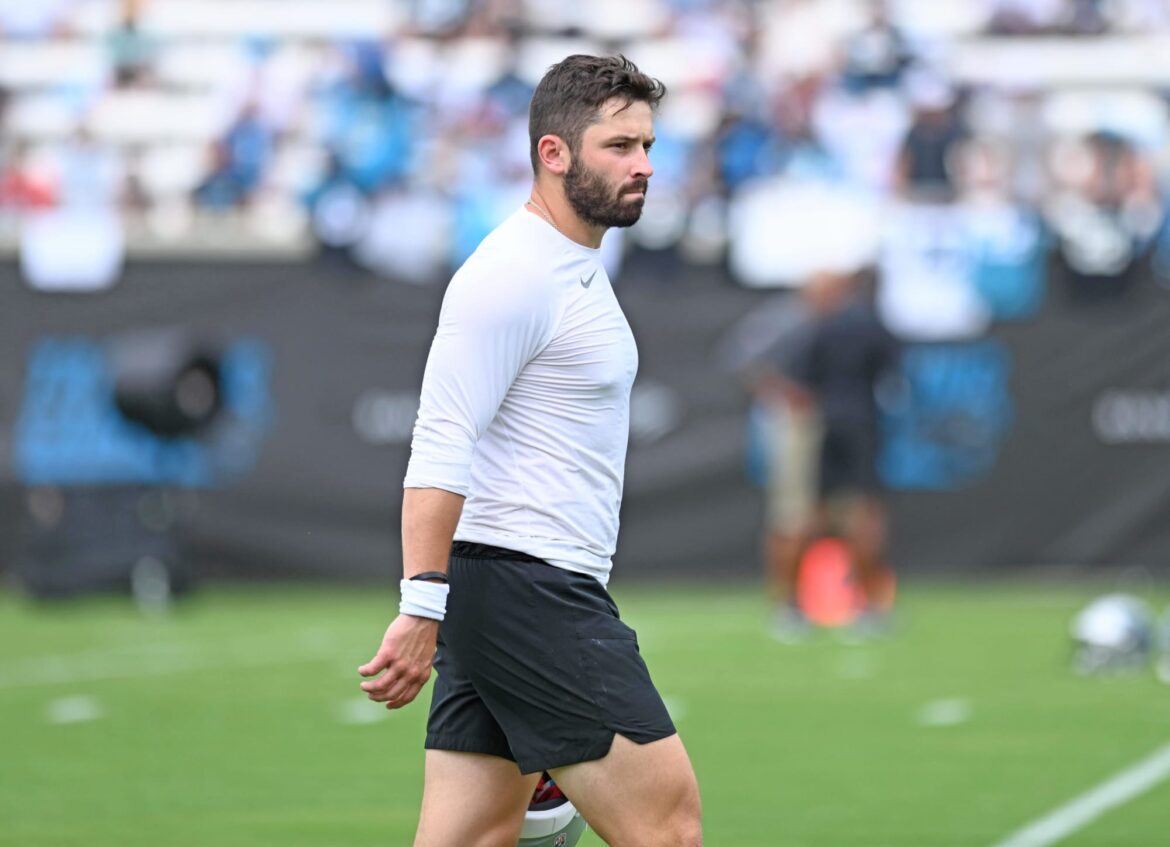 Carolina Panthers quarterback Baker Mayfield spoke on facing off against the Cleveland Browns in Week 1, who will be led by quarterback Jacoby Brissett.

The Cleveland Browns were looking to acquire Deshaun Watson from the Houston Texans this offseason, despite the fact that he faced multiple allegations of sexual assault and misconduct. Baker Mayfield, the team’s 2018 No. 1 pick requested a trade from the team, which was declined. But when the Browns finalized the trade for Watson, the team was open to send Mayfield elsewhere, which happened to be the Carolina Panthers, their Week 1 opponents.

On Monday, NFL disciplinary officer Sue L. Robinson recommended that Watson receive a six-game suspension for violating the league’s personal conduct policy. With that, he is going to miss the Week 1 matchup against the Panthers.

Shortly after the news was announced, Mayfield was asked by CBS Sports’ Josina Anderson about facing the Browns, who will be led by Jacoby Brissett as their starting quarterback due to the Watson suspension. You can listen to Mayfield’s answer at the 1:08 mark of Anderson’s tweet below:

I asked Baker Mayfield about his thoughts on facing a Jacoby Brissett-led team after an initial ruling via Sue Robinson determining Deshaun Watson should be suspended for 6-games. The #NFL has since announced it is still reviewing appeal rights under pursuant to Article 46. pic.twitter.com/wYAuK2EMLF

“That honestly is none of my business,” said Mayfield. “I don’t play against the other quarterback. I know that it’s the most cliche thing to say, that’s just the truth. When it comes down to it, I’m game-planning against their defense, and if I’m playing or not, I’m trying to help this team win. That’s my mindset going into it, so I got to keep getting better.”

Mayfield did have a down season this past year, due in part to a shoulder injury that he had played through. But the year prior, Mayfield played a role in the team making it to the playoffs for the first time since 2002, and earning their first playoff win since the 1994 season.

Yet, when Watson became available, the Browns looked to add him. After criminal charges were dropped, trade talks intensified and Cleveland was able to acquire him after sending multiple draft picks. But perhaps the craziest thing was that the team gave Watson a five-year $230 million fully guaranteed contract, despite NFL punishment looming.

With that, Mayfield had no spot on the team, as the team brought in Brissett to backup Watson. After a lengthy wait, the Panthers acquired Mayfield for a 2024 conditional fifth-round draft pick.

The quarterback’s answer regarding facing the Brissett-led Browns was a bit of a nothing burger, but he said that his focus is on helping the team win whether he is playing or not.