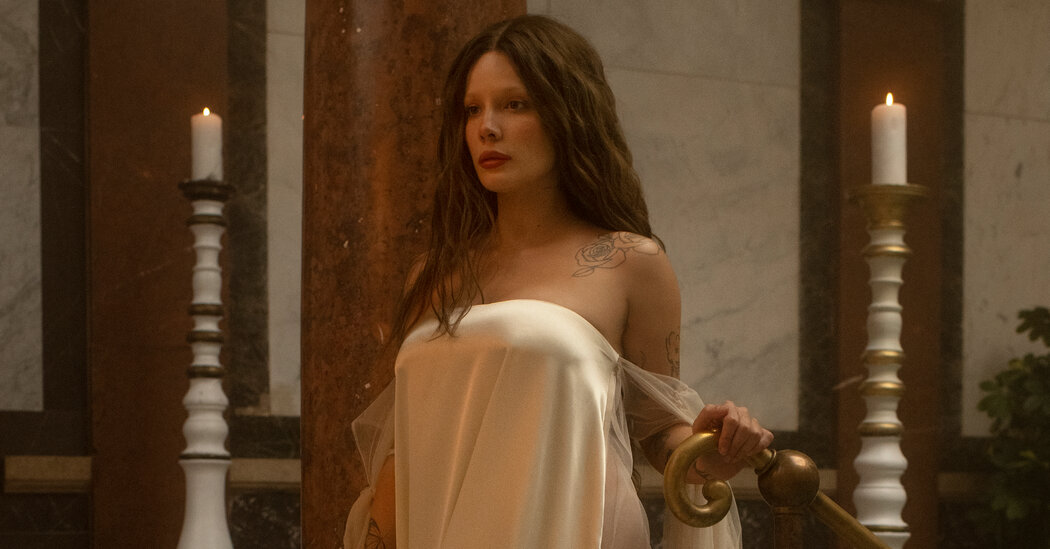 Even when Halsey returns to first-person through most of the album, their lyrics are less confessional, more general, as if they have stepped back from immediate conflicts. In “Bells in Santa Fe,” as tension builds with repeated tones and looming distortion, Halsey ponders their tendencies to approach and avoid, with a reminder that “All of this is temporary.” In “Girl Is a Gun,” the vocal is giggly and teasing, lilting amid rapid-fire percussion, as Halsey flirts — “Let me show you how to touch my trigger” — but also warns, “You’ll be better with a nice girl, darling.”

The album was a long-distance project, with Reznor and Ross recording in Los Angeles and Halsey singing nearly all of the songs at a studio in Turks and Caicos. (They also got remote contributions from Dave Grohl, slamming the drums in “Honey,” and Lindsey Buckingham, picking a folky guitar in “Darling.”) Yet the combination melded because Halsey and Nine Inch Nails have so much in common: skill at generating drama through sheer sound, along with a willingness to admit the worst. Halsey can be self-lacerating. In “Whispers,” which begins with Reznor’s bare-bones piano and turns into a mechanized dirge, they admit, “I sabotage the things I love the most.” In “I Am Not a Woman, I’m a God,” Halsey immediately mocks such self-aggrandizement: “I am not a legend, I’m a fraud.”

And in “You Asked for This” — with Dave Sitek of TV on the Radio piling on multiple overdriven guitars — Halsey questions whether being “a big girl” means trading ambition and adventurousness for boring stability: “Lemonade in crystal glasses/Picket fences, filing taxes.” It starts out hurtling ahead like a Smashing Pumpkins rocker, then drops to half-speed for a finale like a grunge remake of the Beatles’ “A Day in the Life.” But Halsey still craves turbulence. “I want a beautiful boy’s despondent laughter/I want to ruin all my plans,” they sing.

Halsey has been releasing music since their teens, and at 26, they’re gaining a longer view. The album ends with “Ya’burnee,” an Arabic phrase for “you bury me” that implies not wanting to outlive a beloved partner: a lifelong commitment. True to both Halsey and Nine Inch Nails, the song has a morbid streak. But it’s also subdued, willing itself toward calm, as if growing up might not be all bad.

Halsey
“If I Can’t Have Love, I Want Power”
(Capitol)