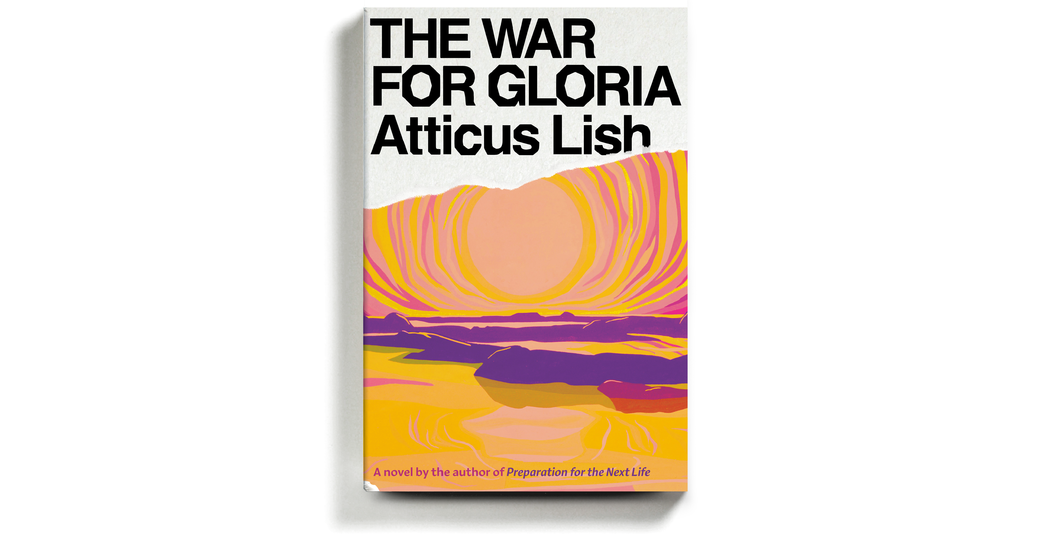 Instead she met Leonard. “She lost school, love, family, pride, trust in human beings,” Lish writes. In a film, Leonard might be played by Harvey Keitel, whom Frank Rich once called “our foremost interpreter of wife beaters.” Leonard, who is not the kind of man who puts on fresh underwear every day, sucks the confidence out of her for sport.

Atticus Lish, whose new novel is “The War for Gloria.”Credit…Ryan Hermens

Gloria begins to have psychological problems. Yet she’s a determined free spirit. Lish describes her as a kind of skinny Janis Joplin.

We learn early in the novel that Gloria has amyotrophic lateral sclerosis, or Lou Gehrig’s disease. She has only a few years to live, and they’ll be hard ones. Corey tends to her. The details are intimate and harrowing and, to some degree, drive the core of the narrative.

“The War for Gloria” is somewhat autobiographical. Lish’s mother was diagnosed with A.L.S. when he was 15. He fought in M.M.A. matches. His father, the editor Gordon Lish, was apparently not a big part of his son’s life.

When Gloria describes Corey’s features, you feel, based on certain photographs, she could be describing the author. I’ll quote this description at length because it demonstrates Lish’s crunching prose:

“As her son grew, he began developing a sharp boyish face. To her, it evoked a primitive ax head, chipped from flint by, say, the Algonquin Indians. He had a small, round, aerodynamic cranium, like a cheetah. The front of his face — his nose, maxilla, sinuses, jaw — projected forward like a canine skull — what an anthropologist would call prognathous. His blond hair grew in a short, tight cap on his head, like Julius Caesar or Eminem. And he had freckles.”

Lish’s novel is powerful, intelligent, brooding and most of all convincing; it earns its emotions. Two things in it don’t convince. One is the character of Corey’s friend Adrian, an M.I.T. student with an overdeveloped castration complex. He seems patched in from a different novel. The other is the novel’s ending, which is gruesome and, to a degree, expedient.

No matter. “The War for Gloria” works because the details are so casually drilled home. The training, the intense rapid weight loss, the absorption of blows, another man’s stubble rubbing your face raw in the cage. Corey dreams of becoming “a shaved-headed saint.”