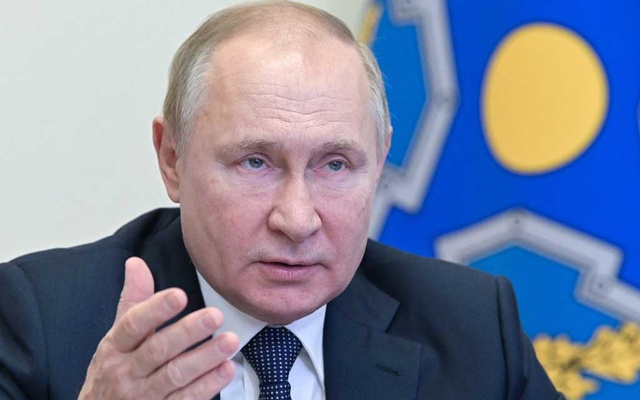 After weeks of silence, Russian President Vladimir Putin warned the West that attempts to isolate Russia would not succeed, and proudly said that Moscow’s goal in Ukraine would “definitely be achieved.” There is no room for doubt.
Russia withdrew its troops from northern Ukraine after failing to occupy Kiev in the face of widespread resistance. This is the first time Putin has been seen in public.

Tuesday marks the anniversary of the former Soviet Union’s first successful manned spaceflight. On that occasion, Putin visited the Vostochny space base in the Far East of Russia. His ally was Alexander Lukashenko, President of Belarus.

Putin’s visit was broadcast on Russian state television. There, space agency staff asked Putin if his mission in Ukraine would be met.

“Of course, I have no doubt about that,” Putin said. The goal of the expedition is very clear and noble. There was no alternative in front of us. That was the right decision. ”
He further added that Russia’s main goal was to protect Russian-speaking people in the occupied territories of eastern Ukraine and to destroy Ukraine’s position at the center of anti-Russian nationalism.

After the February 24 invasion of Ukraine, Putin was regularly seen on television giving anonymous speeches. But he has been in the public eye since Russia withdrew its troops from northern Ukraine earlier this month.

He was last seen in public last week at the funeral of a lawmaker. He also gave a short speech there. But Ukraine has said nothing about the war.

And last Monday he met with the Austrian Chancellor outside Moscow. No picture of their meeting was released.
The West sees Putin’s invasion of Ukraine as an attempt to seize the land of a sovereign state by force. However, Putin says he is conducting “special military operations” to “disarm” the neighboring country militarily. He called Ukraine a puppet of the United States.

In Tuesday’s speech, Putin outlined the similarities between the West’s massive economic sanctions against Russia and its resistance today, with the first spaceflight of then-Soviet astronaut Yuri Gagarin 71 years ago.

“All sorts of sanctions were imposed, and isolation from the rest of the world was done,” he said. Even then, the Soviet Union was the first to reach space.

“We do not want to be isolated. It is impossible to completely isolate anyone in the modern world – especially a huge country like Russia. ”