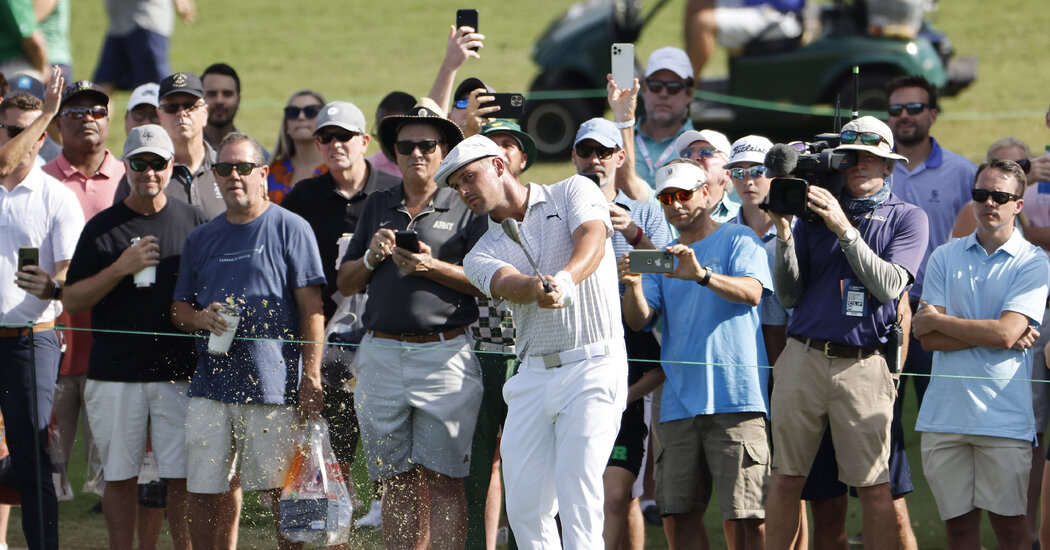 “I certainly feel some sympathy for him, because I certainly don’t think that you should be ostracized or criticized for being different — and I think we have all known from the start that Bryson is different and he is not going to conform to the way people want him to be,” McIlroy said. “He is his own person. He thinks his own thoughts, and everyone has a right to do that.”

He added: “There are certainly things that he has done in the past that have brought some of this stuff on himself. I’m not saying that he’s completely blameless in this. But at the same time, I think he has been getting a pretty rough go of it of late, and it’s actually pretty sad to see, because he — deep down, I think — is a nice person, and all he wants to do is try to be the best golfer he can be. And it just seems like every week, something else happens, and I would say it’s pretty tough to be Bryson DeChambeau right now.”

DeChambeau tried to downplay the impact of what some have labeled harassment on the course.

“I can take heat — I’ve taken heat my whole entire life,” he told the Golf Channel. “And it’s because I’m a little different, and I understand that. And I appreciate that, too. No matter what, if you’re a little different — whether it’s Elon Musk or Jeff Bezos or whoever it is — there’s always going to be heat, and I recognize that, and I respect that.”

“There’s no room in golf for people to abuse someone on the golf course when all they’re trying to do is do their best and win a golf tournament and follow their dreams,” McIlroy said. “So there’s no place for that in our game. And that might sound a little stiff or snobby or whatever, but that’s golf, and we have traditions.”