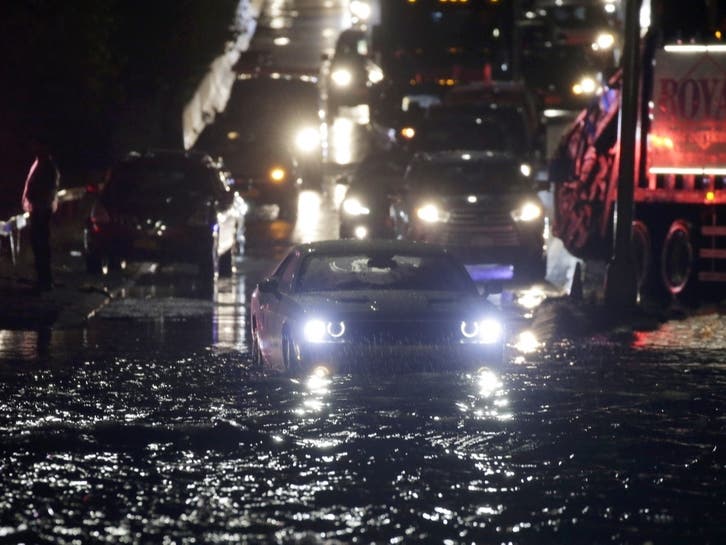 This story will be updated. Refresh for updates.

NEW YORK CITY — An unprecedented deluge from the remnants of Hurricane Ida claimed at least nine lives, flooded the city’s subways, buses and streets and sent New Yorkers scrambling for dry ground.
New York City is under a state of emergency after the tropical weather system blew through on a record-breaking and disastrous Wednesday night, Gov. Kathy Hochul announced.

“Even the morning after we’re still uncovering the true depth of the loss, the human loss,” she said at a news conference Thursday morning.

“We saw a horrifying storm last night, unlike anything we have seen before,” he said.

Ida, even in a weakened state, dumped massive amounts of rain across the city.

Central Park shattered its record for the most rain that fell in an hour, with 3.15 inches. It was the second time in 10 days the park saw its single-hour rainfall record broken.

NYPD reported at least eight people died in the storm, most from flood conditions.

A 2-year-old boy in Woodside was among the victims. Officers found the boy dead inside a home along with a man, 50, and woman, 48. The trio were reportedly family members trapped in a flooded basement unit, according to the NYPD.

The area saw major flooding, including one apartment building where water levels rose to nearly waist height, a video posted to Twitter showed.

All but one other death occurred in Queens.

“Our hearts ache for the lives lost in last night’s storm,” de Blasio said in a statement. “Please keep them and their loved ones in your thoughts today.”

The rising water also caused chaos on the subways. Video shot at 28th Street subway station, among other stops, showed gushing water flowing down the platform.

Janno Lieber, the MTA’s acting chair and CEO, said crews are working to bring back service.

“There’s growing service on the lettered line, the A train, the D train and the L train and many others,” he told Fox 5’s “Good Day New York.” “The numbered lines are still mostly very, very limited service.”