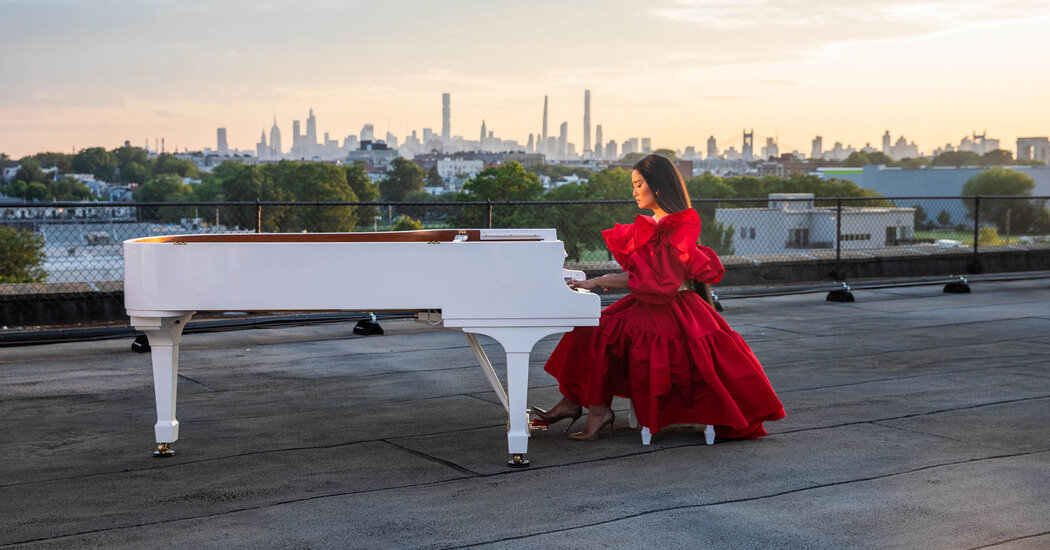 As New York awakes from its slumber, it’s clear this isn’t just any morning. There’s Stephen Colbert, emerging onto a rooftop, and Peppermint, a drag queen, strolling on a bridge in glittering heels. On the Lower East Side, Sara Bareilles is sitting in a cafe, but she has something on her mind, so she’s not touching her lox bagel.

“Some folks like to get away,” she croons, “take a holiday from the neighborhood.”

Some of New York’s most recognizable entertainers follow Ms. Bareilles, as they take turns singing, dancing, playing instruments and — for the less musically inclined, like Andy Cohen — kissing a camera, in a music video that was released on Sunday in an effort to uplift the city as it recovers from the pandemic.

“New York State of Mind,” with its lyrics about the Hudson River, Greyhound buses and this newspaper, is a fixture in any situation in which New York spirit is required, and it has been invoked in hard times over the years, from the city’s fiscal crisis in the 1970s to the aftermath of 9/11.

As the city emerges this summer from one of the most difficult times in its history, the volunteer organization behind the video, NYCNext, hopes the cover will remind New Yorkers that the city never stopped thriving, said Tom Kitt, a Pulitzer Prize- and Tony Award-winning composer who helped produce the video.

“This was another moment where New York could really use a song that speaks to the romance and the resiliency and the beauty of New York,” Mr. Kitt said in an interview.

Mr. Joel granted the organization permission to use the song (“I’ve been told that he’s very supportive and excited,” Mr. Kitt said), and his daughter Alexa Ray Joel briefly appears in the video.

The performers in the video, which was directed by the documentary filmmaker Joshua Seftel, all have a connection to New York. All of them volunteered their time for the project, said Maryam Banikarim, a co-founder of NYCNext.

Jerry Dixon, also of Broadway fame, and the comedian Mario Cantone sing in front of a fountain at Grand Army Plaza in Brooklyn, while Idina Menzel bookends the video with her signature high notes inside a Times Square rehearsal studio.

The actress LaChanze belts a bridge on the roof of the Steinway & Sons factory in Queens, where the pianist Chloe Flower delivers a soaring arpeggio as the sun sets over the city.

Ms. Flower spent a year cooped up in her apartment during the pandemic, so she said she was thrilled about performing in the video. “To be a New Yorker and to be shooting that specific song, I thought I was going to cry during shooting,” Ms. Flower said in an interview. “It was so moving.”

Ms. Bareilles, who filmed her scenes at the Russ & Daughters Cafe, said in a statement that “to sing Billy Joel’s iconic song alongside my community members at a time when the city needs us all was so meaningful.”