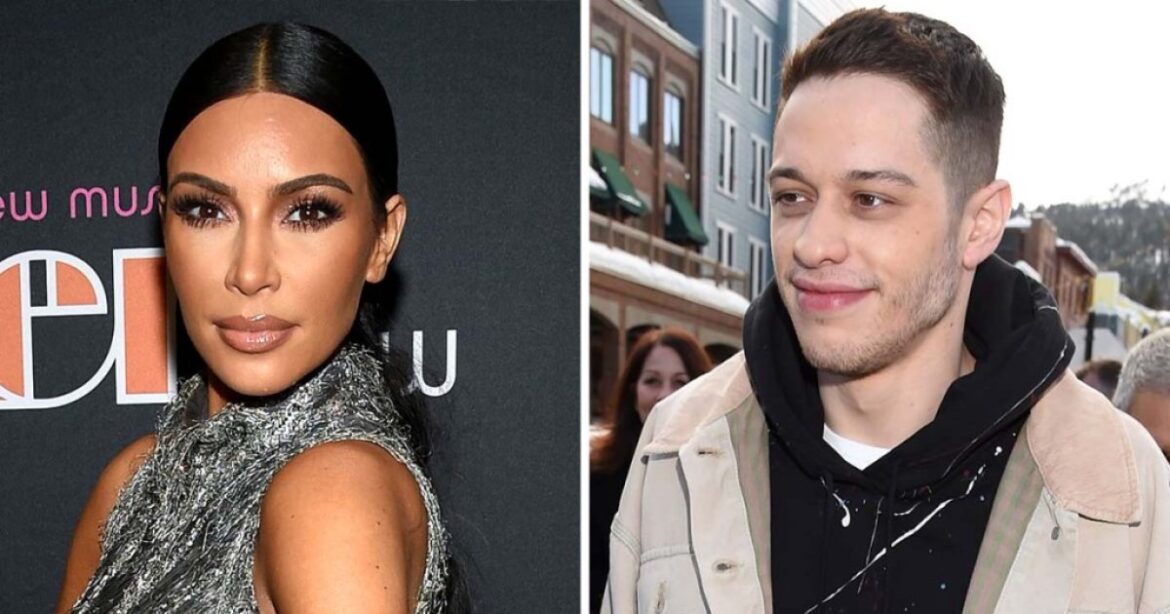 Endgame material … ? Kim Kardashian and Pete Davidson started dating in October 2021 after the former Keeping Up With the Kardashians personality hosted an episode of Saturday Night Live, appearing in several skits with the funnyman. At first, Kim and Pete’s romance confused a lot of fans. However, the A-list lovebirds are still together and going strong today! To learn more about Kim and Pete’s relationship, keep reading.

How Did Kim Kardashian and Pete Davidson Meet?

Although it’s unclear if they ever crossed paths after that event, it’s likely they did! After all, Pete is best friends with Machine Gun Kelly, who is close with Kourtney Kardashian‘s fiancé, Travis Barker.

That said, it wasn’t until the KKW Beauty founder hosted the October 8 episode that they got to know each other. “Sparks flew on the set of Saturday Night Live,” a source previously revealed to In Touch. “Kim never expected this. Pete makes her laugh. She has fun with him.”

How Does Kim Kardashian’s Family Feel About Pete Davidson?

Save for Kanye, with whom Kim shares kids North, Saint, Chicago and Psalm, the Kardashian-Jenner camp approves of the Staten Island, New York, native!

In fact, in late January, Pete and Kim were spotted grabbing Korean BBQ with Khloé Kardashian. The Good American founder “was one of the first to admit that she thought Kim’s infatuation with Pete was a passing phase. Now, after spending so much time with them, she’s convinced it’s the real thing,” an additional insider told In Touch.

As for Kardashian-Jenner matriarch, Kris Jenner, she’s also Team Pete. “Kris one hundred percent approves of Kim’s relationship with Pete,” a separate source told In Touch. “She has known Pete for years, trusts him and has even invited him to their Christmas festivities.”

According to the insider, Kris, Khloé and the rest of the reality TV family are “stoked” to see Kim move on from Kanye. “They haven’t seen her this excited about a guy in a long time.”

Are Kim Kardashian and Pete Davidson Still Together?

While The King of Staten Island actor has been down under filming his upcoming film, Wizards!, in Australia, the reality star hasn’t let that affect their relationship. In July, Kim even flew halfway across the globe to visit her man on set.

However, when they can’t be together physically, “Kim and Pete are in constant communication,” a source told Us Weekly in August 2022. Though the different “time zones and filming call times make talking difficult,” the insider noted that they “send each other love notes while the other is sleeping and FaceTime whenever their schedules link up.”

“The distance has been hard, but even communicating long-distance is exciting for them,” the source added, noting that the pair are “still very smitten with each other and can’t wait until they’re in the same place again.”