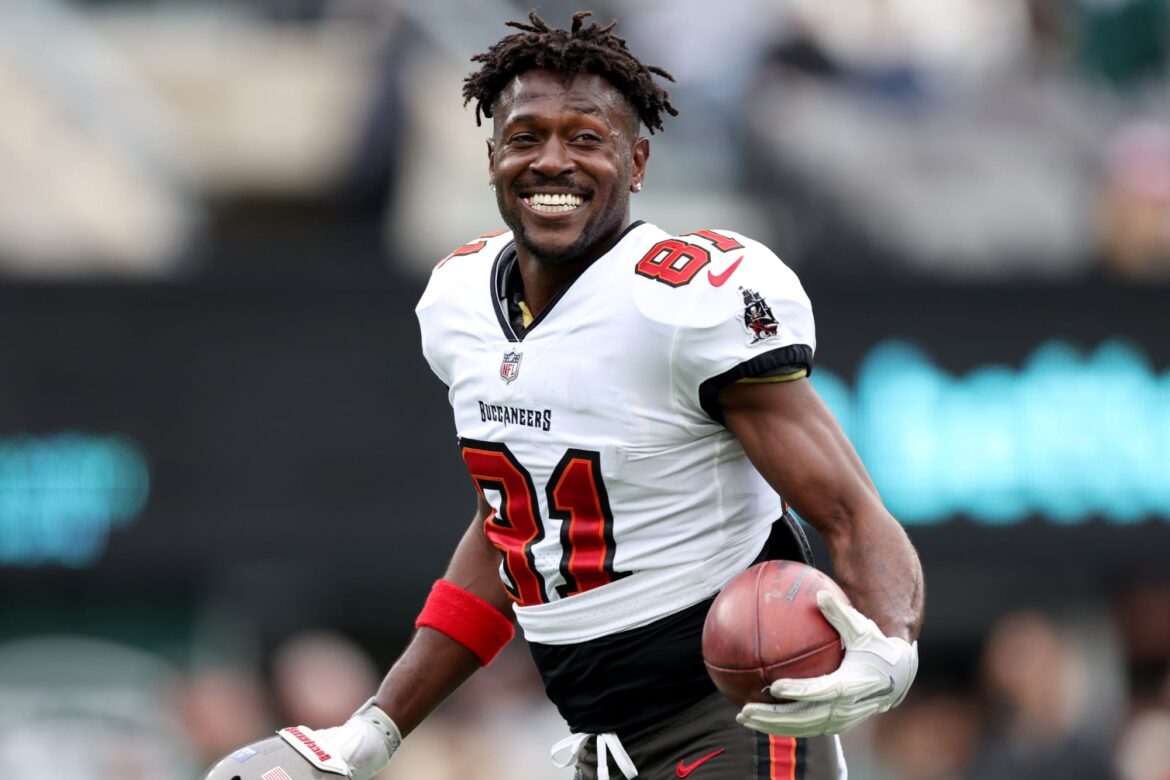 Antonio Brown linking up with the Dallas Cowboys is the quickest way to break the internet.

Although his business may be booming, NFL free agent wide receiver Antonio Brown might be ’bout them Cowboys.

TMZ Sports caught up with Mr. Big Chest and he’s thinking Big D. Brown told TMZ that Jerry Jones needs to call him, as the Dallas Cowboys could use a veteran wide receiver right now. Free-agent acquisition James Washington just broke his foot. Michael Gallup is still working his way back from a torn ACL. Although CeeDee Lamb is excellent, Amari Cooper now plays for the Cleveland Browns.

No, Dallas is not winning any more games with Brown, but they will further dominate the tabloids.

As if America’s greatest hype machine needed any more unmerited praise, Brown to the Cowboys would be every bit as entertaining as Terrell Owens suiting up for America’s Team from yesteryear. The results will be the same, as in no NFC Championship game appearances for the most popular sports franchise in North America. All the while, the news cycle will never be the least bit boring…

The man whose only regret in life is not being able to watch himself play football live, coinciding with the biggest brand in sports is a neutron star collision of epic proportions. It will be a supermassive black hole in Dallas alright, as mass hysteria will ensue. Since time is running out for Jones to win a fourth Super Bowl, you and I must fight to survive this unholy Dallas matrimony…

Jones may be incredibly loyal to his guys, but he has to win the press conference first. It does not matter if Brown fits into what head coach Mike McCarthy and offensive coordinator Kellen Moore want to do on their side of the ball, Mr. Big Chest is a guarantee for America’s Team to stay forever in every A block of all the sports talk radio shows and talking heads cable TV bonanzas out there.

At its very essence, football is an entertainment product and this is too good for it not to happen.