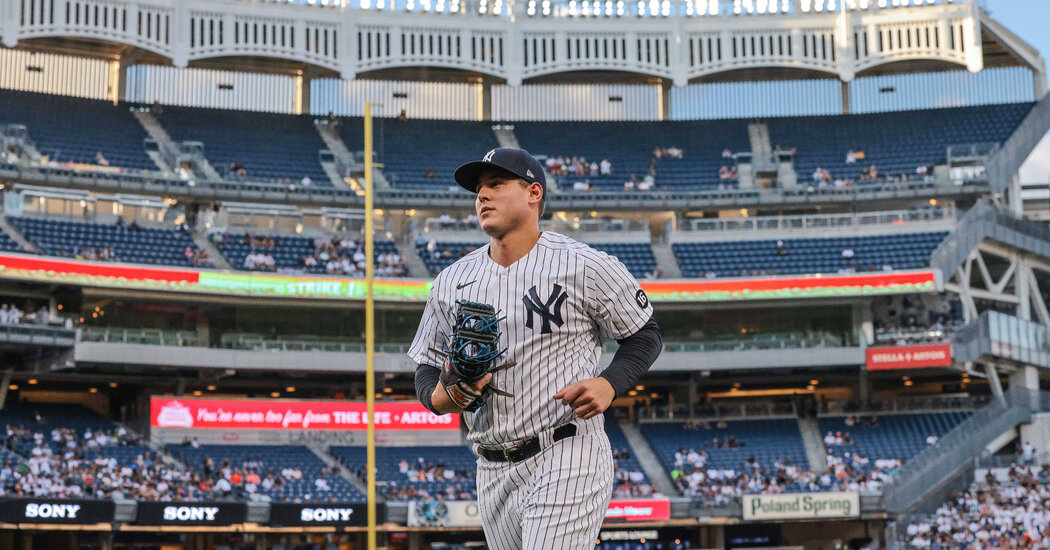 Anthony Rizzo, the first baseman acquired by the Yankees at the trading deadline, has tested positive for the coronavirus and was placed on the Covid-19 injured list by the team on Sunday, Manager Aaron Boone said.

Rizzo, who turned 32 on Sunday, has had a solid start with the team, hitting three home runs in nine games, but he is the latest member of the organization to test positive for the virus. The team has had two notable virus outbreaks and several other positives.

Boone said Rizzo, a cancer survivor, was mildly symptomatic, describing him as “achy,” but he said he was otherwise OK. Boone said that Rizzo would be missed after his hot start with the team and that he hoped he would be back “sooner rather than later.”

“He’s obviously been terrific for us in every way,” Boone said. “I just spoke with him. He’s doing all right. He’s got some symptoms, but he’s doing OK, but obviously a little bummed out.”

While most of the Yankees’ positive tests have been so-called breakthrough cases in which a person tests positive despite being fully vaccinated, Rizzo’s vaccination status was unclear. In June, as a member of the Chicago Cubs, he told reporters he was not yet vaccinated, saying he was “taking some more time to see the data” in what he described as a “difficult decision.”

Other teams have dealt with coronavirus outbreaks this season, including the Washington Nationals, who at one point briefly lost nearly half of their active roster, but the Yankees have been hit particularly hard, with a long list of positives that includes stars like Gerrit Cole, Aaron Judge, Gary Sanchez and now Rizzo.

“You’ve got to roll,” Boone said of the team’s long list of positives. He also said he would not get into the vaccination status of any of his players going forward other than to say that a large percentage of the team is vaccinated.

Luke Voit, who led the majors in home runs last season but has struggled this season after knee surgery, came off the injured list on Sunday and started in Rizzo’s place during the Yankees’ 2-0 loss to the Seattle Mariners at Yankee Stadium, which snapped their five-game winning streak. Voit was 0 for 4 with two strikeouts in his return to action.