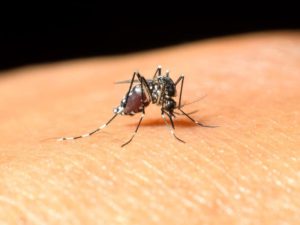 In an effort to eradicate the insects, and weather permitting, the areas outlined below are scheduled for mosquito control spraying on Saturday, August 21 and Sunday, August 22 between 9:00 p.m. and 5:00 a.m. each night.

Want to be the first to know about Patch membership when it launches? Click here to find out how you can support Patch and local journalism.

The area to be sprayed is within an area generally bounded by: 7100 block of Winedale Drive 75231: Church Road on the north, Fair Oaks Avenue on the west, Skillman Street on the east, and Hyde Park Drive on the south.

The area to be sprayed is within an area generally bounded by: 7700 block of Eagle Trail 75238: Clearhurst Drive on the north, Larmanda Street on the west, Shoreview Road on the east, and Northwest Highway on the south.

The area to be sprayed is within an area generally bounded by: 11900 block of Woodbridge Drive 75243: Shadow Way on the north, Oakshire Place on the west, Black Walnut Drive on the east, and Summertree Lane on the south.

The area to be sprayed is within an area generally bounded by: 18700 block of Platte River Way 75287: Rosemeade Parkway on the north, Kelly Boulevard on the west, Marsh Lane on the east, and Timberglen Road on the south.

While the Environmental Protection Agency approves the insecticide for treatment, residents in the above areas should avoid contact with the spray by staying indoors. People inside a vehicle while trucks are actively spraying should remain in their vehicles with the windows up and the air conditioner on until the trucks pass through, and the spray is no longer visible.

Those who are outdoors during the scheduled spraying time should be alert for trucks and should not follow them. Residents who come into contact with the spray are advised to wash the affected area thoroughly with soap and water. The spray breaks down quickly in the presence of sunlight and has no residual effect.

Protection Against Mosquito Bites
Dallas residents are urged to take precautions against mosquito bites by reducing outdoor activity during the evening and nighttime hours. Residents who are outside during these times should cover their arms and legs and use a mosquito repellent.

To report standing water or mosquito problems Dallas residents should call 3-1-1. To be added to the City of Dallas Do Not Spray list contact 3-1-1. For additional information on mosquito control, visit www.dallascitynews.net/fightthebite.