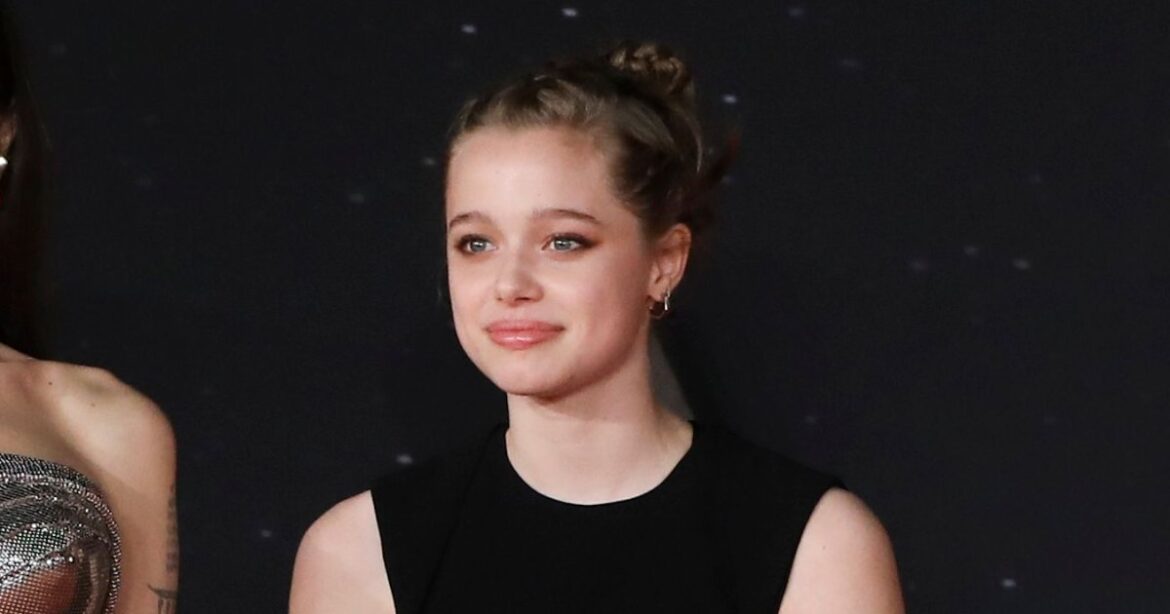 The 16-year-old was seen wearing a red sweatshirt, white shorts and black Vans sneakers as she left the large department store with a friend, according to photos obtained by HollywoodLife. Shiloh also kept her blonde hair tied back in a bun, and she wore a black face mask while carrying a big bag of items from her shopping trip.

The teen’s outing comes four days after her famous dad, 58, gushed about his daughter’s incredible dancing skills in an interview with Entertainment Tonight at the Los Angeles premiere of his new film, Bullet Train.

“It brings a tear to the eye, yeah,” Brad told the outlet on Monday, August 1. “I don’t know where she got it from. I’m Mr. Two-Left-Feet here.”

The Se7en star also told ET that he “loves” when all of his kids “find their own way, find things they are interested in and flourish.” In addition to Shiloh, Brad and Angelina, 47, also share kids Maddox, Pax, Zahara and twins Vivienne and Knox.

Shiloh has made headlines for showing off her impeccable talent at the Millennium Dance Complex in L.A. throughout various clips shared via YouTube. From shredding to Lizzo’s “About Damn Time” to effortlessly crushing the dance floor to Doja Cat’s “Vegas,” the famous teenager truly has a knack for the hobby.

Previously, a source exclusively described to In Touch how easily the skill comes to Shiloh.

“Shiloh is a typical 16-year-old and she’s expressing herself in so many ways,” the insider said. “Her main love right now is dance, and she’s really good at it. She loves that she can feel the music, let go and be free, which is super important. She likes all styles of dance, but hip-hop and freestyle are her favorites.”

Just as the Fight Club actor mentioned, the source also explained that “neither [Angie] nor Brad have that talent.”

“Shiloh really can move,” the insider concluded, adding, “Angie and Brad are impressed, they couldn’t be prouder.”

Aside from dancing, the teen has also embraced her own sense of style, whether she goes out for a quick errand or is making a red carpet appearance. One week before her Target run, Shiloh was spotted walking out of a store in Los Feliz, California, holding a large “Happy Birthday” balloon and a plastic bag in one hand, while wearing an all-black outfit for the day. She has also been seen throughout the summer enjoying Italy with her family going out for ice cream and attending a Måneskin concert with the Maleficent actress.

However, Shiloh nearly broke the internet when she stepped out on the red carpet with Angie and sister Zahara, 17, at various international premieres in October and November 2021 for their mother’s Marvel movie, Eternals. At one event, Shiloh wore a plain black knee-length dress. At another, she famously upcycled the Salt star’s old black-and-white floral-print Dior dress, which Angie mentioned she encouraged at the time.