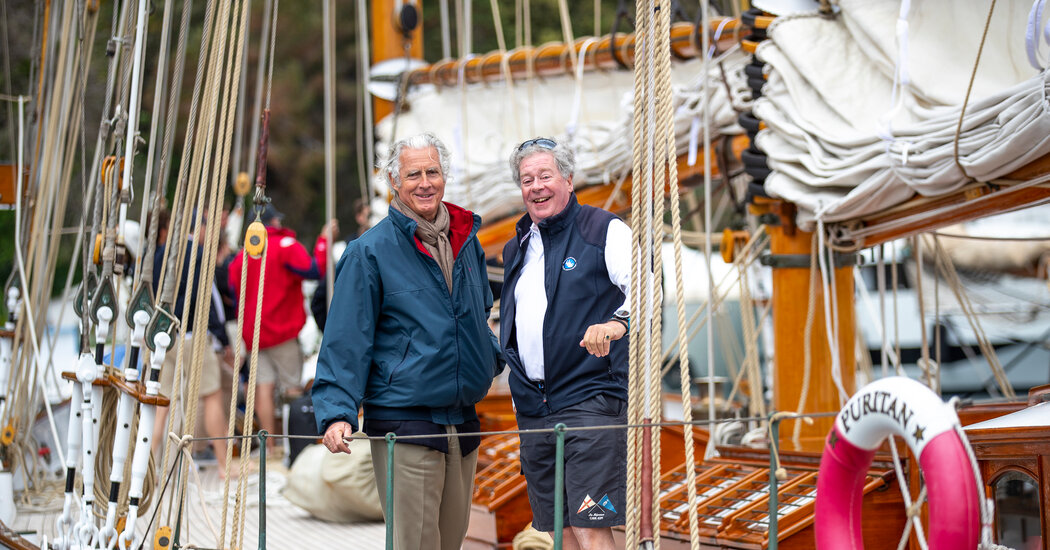 When Dr. Andrew McIrvine, 70, who said he had been sailing since he was 12, took over running the International Maxi Association as secretary general in 2013, he said he inherited a yachting race organization of aging sailors.

These large yachts, which compete next month in the Maxi Yacht Rolex Cup in Porto Cervo, Sardinia, once had only one club and one regatta, he said. McIrvine, a vascular surgeon from London, helped the association grow and established uniform racing standards. He also serves as the association’s Covid-19 specialist during the pandemic.

“Without his medical knowledge and capacity to keep the team together,” Maria Luisa Farris, an association spokeswoman, said. “The I.M.A. would have lost its soul.”

The following conversation has been edited and condensed.

How did you transform the International Maxi Association?

It was clear to me that unless there were changes to the I.M.A., it would die within a couple of years. Over the past five years, we’ve built a network of other yacht clubs in Spain, France and Italy that we advise on race management. I wanted a consistent I.M.A.-approved circuit so that people know it is up to standard. If you’re going to spend $250,000 getting your boat and crew to an event, you don’t want it to be badly run. Three years ago, we started to pay for an independent race manager for our Maxi events. The technical side is very important. It’s important that people feel the racing is fair.

Last year’s race was canceled because of a local Covid-19 outbreak just days before the start. Are you nervous this year as Covid is once again on the rise?

Last year was pretty horrific. Some were apprehensive this year when the variant viruses appeared; different countries had different rates of infection. Italy’s infection rate went down, while Spain and France went up. But nobody quite knows what direction that will go. At the moment the numbers in Italy are pretty good on Covid. And generally in Europe, there have been high numbers, but people aren’t getting seriously ill like before. I’m confident we’ll be able to run a normal regatta. Everybody is coming back in force.

What sort of Covid precautions is the race taking?

Crew require a vaccination certificate when they enter Italy and must quarantine for five days. We’ll also be testing every other day. Social events will be held outdoors with social distancing. It won’t be your normal shoulder-to-shoulder cocktail parties. The prize dinners will be relatively low key. Most boat crew and support will stay in their own bubble and go back to their villa. Last year, we came to the conclusion that it was pretty difficult to get Covid when you’re sailing and outdoors. But the main thing is that people want to go racing — they’ve got these really expensive pieces of equipment, tuned and ready to go. The frustration is that many of the boat owners are getting older and don’t want to lose any more playtime after investing so much effort, time and money.

Some boats race with a crew of friends and family, which often makes them less competitive. Do these boats ask for special treatment to be able to compete with the professionals?

We had a few noncompetitive cruising boats in the past that wanted all sorts of special dispensations. I thought: “Wait a minute. We are essentially the world championships of Maxis. We’re not going to drop the standards. This is the pinnacle blue-ribbon event. You have to up your game if you want to come play with us. There are loads of other little regattas where those rules we have don’t apply. But if you’re going to do the Maxi world championships, you shape up.” I still feel that way.

Are there any similarities between surgery and sailing?

In both, you have to make decisions rapidly and then live with them. There’s no turning back. If you’re in an operation and something goes slightly wrong, you have to fish your way out of it, just like if you’ve gone down the wrong side of the racecourse.