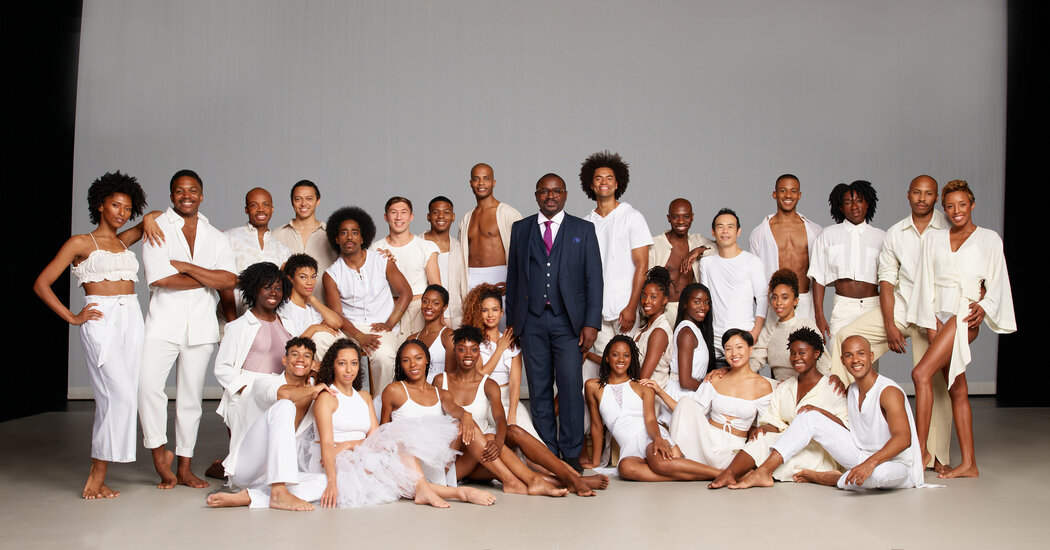 Alvin Ailey American Dance Theater’s coming season at New York City Center will celebrate Robert Battle’s 10 years as artistic director, the company announced Wednesday. After the difficulties of the past 17 months, Battle is more open to embracing the occasion than he might otherwise have been.

“Being a part of the problem solving that has taken place and kind of making our way through this has actually made me in a way own that 10 years a little bit more fully,” he said in an interview. “There’s something about going through that makes me think ‘Hey, if I’m going to go through this, then I’m going to definitely take the good and I’m going to go with it.’”

During his tenure at Ailey, Battle has founded the New Directions Choreography Lab, an initiative to support emerging and midcareer dancemakers, and named Jamar Roberts as the company’s the first resident choreographer. “When I was first starting to create, I was fortunate to have David Parsons, who gave me the floor,” Battle said. “I’ve always wanted to pay that forward.”

His support has paid dividends. Roberts has created several critically acclaimed dances, including “Members Don’t Get Weary” and “Ode,” since taking up the post in 2019. And now, to concentrate on his choreography, Roberts is retiring from dancing; his farewell performance, on Dec. 9, was announced along with the season’s slate.

Two dances that had their debuts online will be performed live for the first time during the three-week City Center engagement. Battle’s “For Four,” a piece for four dancers set to a jazz score by Wynton Marsalis, will receive its full stage debut alongside Roberts’s “Holding Space,” on Dec. 3.

New productions of older works will also be featured throughout the season: Ailey’s “Pas de Duke,” which was performed by Jacqueline Green and Yannick Lebrun at the top of the Woolworth Building for a dance video in 2020; “The River,” Ailey’s collaboration with Duke Ellington from 1970; an Ailey solo, “Reflections in D”; and “Unfold,” a newer work by Battle.

Looking to the future, Battle said he would like to focus more on preserving and sharing works by underappreciated choreographers: “The notion of being a repository for historic works, I’m really interested in really mining that.”

Tickets go on sale Oct. 12. More information is at alvinailey.org.