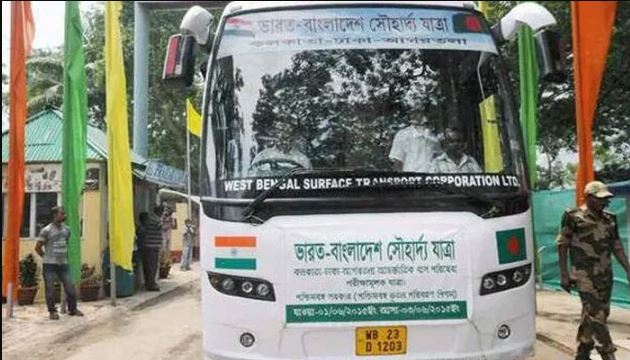 After more than two years, Agartala-Dhaka-Kolkata bus service will be re-launched from tomorrow (Thursday). Rajesh Kumar Das, managing director of TRTC, confirmed the information to Samakal on Wednesday. The first bus will leave TRTC office at 10 am from Tripura Government Bus Stand.

Rajesh Kumar, managing director, TRTC, said ticket sales have started on a first-come, first-served basis. They have noticed a huge demand for tickets from day one. For now, they will run two buses six days a week except Friday. He said that Indian Bank Bangladesh has already held separate meetings with Bangladesh Customs and Immigration for speedy border crossing keeping in view the convenience of the passengers.

Shyamli’s captain Abani Ghosh said angrily, “Our bus is ready. We are wasting money by sitting down but the official approval of bus service is not forthcoming.” Although the Tripura government has approved the launch of the bus service, I still do not understand where the West Bengal government is stuck.