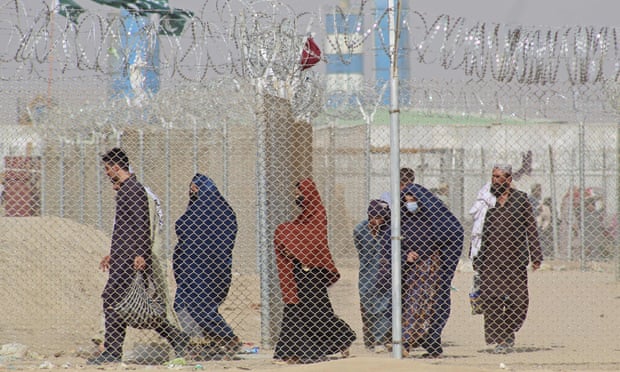 Countries neighbouring Afghanistan have been offered millions in aid if they are prepared to temporarily harbour tens of thousands of refugees, prior to security checks clearing them for transit to Europe and the US, but Pakistan and other bordering states have warned they will not take more refugees permanently.

Iran could see a large influx of refugees – mainly Hazara Shias – reaching the country overland. Refugee specialists inside Iran have suggested as many as 7,000 people were crossing the border illegally a day, with no serious control over the entire 980km (608-mile) border, and very little international aid.

The German foreign minister, Heiko Maas, travelled to Turkey, Uzbekistan, Tajikistan, Pakistan and Qatar in an attempt to win the region’s cooperation and to reach understandings on processing refugees, as well as to discuss the reopening of the Kabul international airport with the help of Qatar and Turkey.

Qatar’s foreign minister said he was still trying to persuade the Taliban that overseas charter flights will not resume unless foreign nationals, with some security backing, are given a role in running the airport. 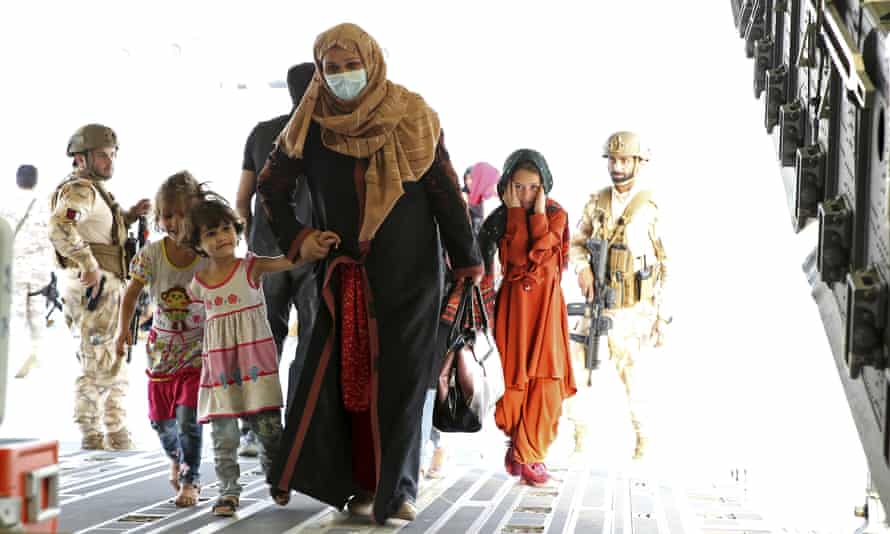 Qatar has long played a pivotal role in mediating with the Taliban, and also in acting as a first stop-over for more than 100,000 people involved in the recent evacuation.

Maas, in Islamabad, said the EU was providing €100m (£85m) in aid and Germany a further €500m to neighbouring countries to help with border management, and fighting extremism.

Germany has promised to take more than 40,000 people leaving Afghanistan, but has also said it does not wish to advertise official gathering points for refugees in Kabul since it will only lead to security difficulties.

The Pakistani ambassador to Germany, Mohammad Faisal, had previously said that his country had taken in enough refugees from Afghanistan, after already housing between 3 and 4 million. He told the Berlin newspaper Der Tagesspiegel it was now for “richer and larger” countries that have had a say in Afghanistan over the past 20 years to host refugees.

Maas said the coming days and weeks would reveal whether the Taliban government was prepared to offer free passage to those Afghans wanting to leave “as it has promised”.

It said that “any attempts to cross the border, regardless of their reasons, will be suppressed in accordance with the legislation of Uzbekistan”.

However, the ministry did not rule out refugees being designated for specific European countries, but is seeking clarity on how this would be administered, and how long the refugees would remain in transit. Turkmenistan also told the EU and Germany its border was closed, giving Covid as the reason.

Pakistan’s foreign minister, Shah Mahmood Qureshi, said: “This is a pivotal moment in Afghanistan’s history. The international community must remain engaged. Humanitarian aid must flow. Do not let an economic collapse in Afghanistan take place. A vacuum is in nobody’s interest. Instability is in nobody’s interest. An exodus of refugees cannot be stopped within the region”. 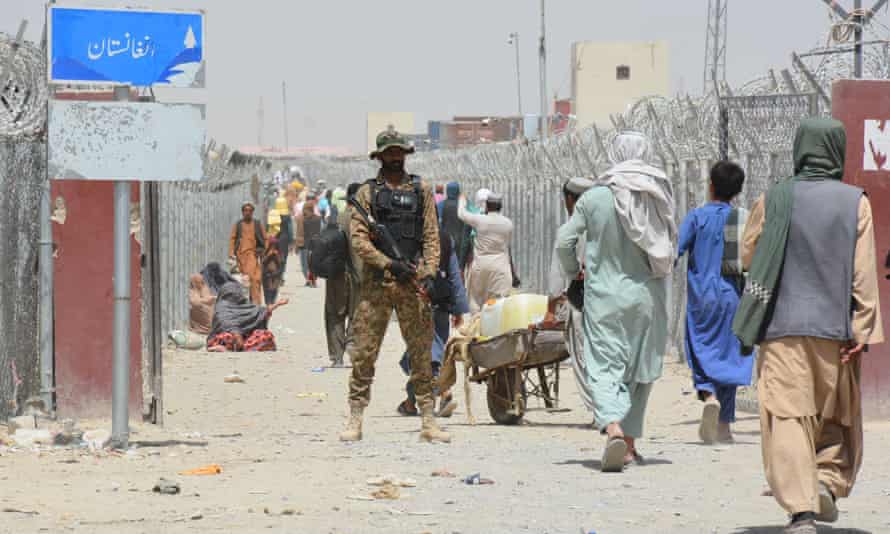 Maas said an early test will be whether an inclusive government is formed, explaining “it is important that Afghans that do not support the Taliban feel represented”.

Talks over the reopening of the international airport remain deadlocked. Turkey, through the offices of Qatar, has been trying to gain a foothold in Afghanistan, but is meeting suspicion. President Recep Tayyip Erdoğan has said that Turkey is the only reliable country that can stabilise Afghanistan, remarks that will not endear him to either Pakistan or Iran.

If the European political class is intent on preventing an influx of migrants on the scale of 2015, the neglect of the border with Afghanistan may yet prove a problem.

The scale of Iran’s largely neglected refugee problem was underlined by suggestions that as many as 7,000 Afghans have been crossing a largely unpoliced border in recent days.

In an interview with the Iranian newspaper Etemad, Fatemeh Ashrafi, the chair of the Association for the Protection of Refugee Women and Children, said the number of refugees has fluctuated between 3 and 4 million people, adding that only one-third of these had legal residency permits.

Ashrafi said : “If we take into account the per capita tuition fee of $600 per student a year, multiply this $600 by the number of Afghan students studying in public schools (500,000), [we get] a figure of more than $300m. The contribution of international aid in this area is less than $5m a year”.

She added: “Up to 500,000 people entered Iran in the last four months. In the last month, there have been 15 full flights from Afghanistan to Iran every week. Of course, the people who came to Iran with these flights have entered Iran with tourist and pilgrimage visas, and many times these people have entered from the land borders and often [illegally] in the form of smuggling. This number has been rising at the same time as the Taliban are advancing in Afghanistan, so that after the Taliban took control of Kabul, according to relevant sources, it has reached more than 7,000 people a day through illegal channel”.

Afghan Shias and Hazaras formed the initial waves of refugees, but more recently “this mix has shifted significantly towards Sunni and Pashtun-speaking Afghan”, partly due to Pakistan expelling some of the refugees inside its borders.

In these perilous times, a truth-seeking global news organisation like the Guardian is essential. We have no shareholders or billionaire owner, meaning our journalism is free from commercial and political influence – this makes us different. When it’s never been more important, our independence allows us to fearlessly investigate, challenge and expose those in power. Support the Guardian from as little as $1 – it only takes a minute. If you can, please consider supporting us with a regular amount each month. Thank you.