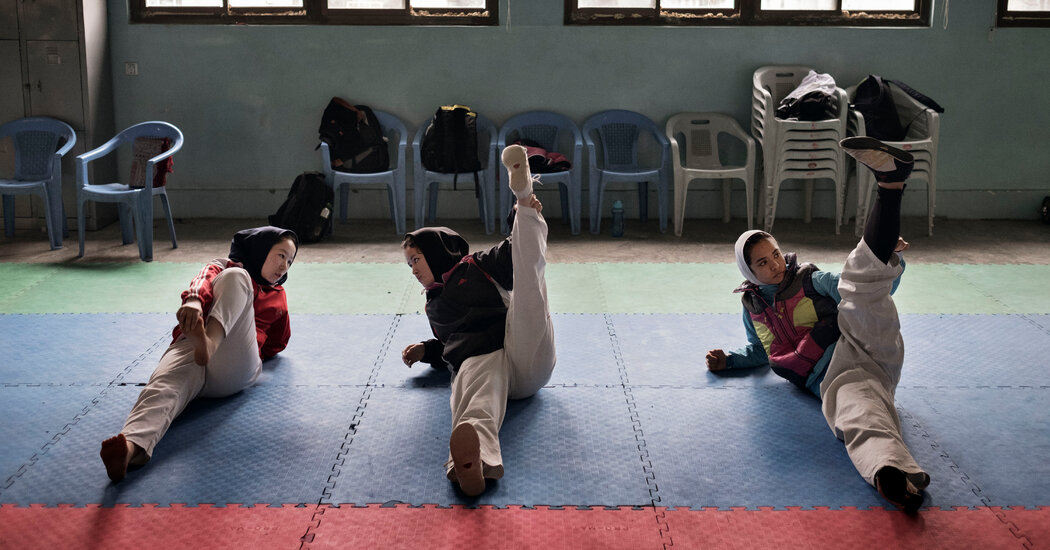 Amid the fear and turmoil in Afghanistan, the country’s two Paralympic athletes have been prevented from traveling to the Games in Tokyo that begin next week.

A day after the Afghanistan Paralympic Committee said its two athletes would not participate because of the difficulty in getting out of the country, one of them, Zakia Khudadadi, a taekwondo athlete, released a video pleading for help.

In the video released Tuesday from Kabul, Khudadadi said, in a translation by Reuters: “I am currently imprisoned inside the house. I cannot even go outside around this house with confidence.”

“My intention is to participate in the Tokyo 2020 Paralympic Games. Please hold my hand and help me.”

Khudadadi would have been the first Afghan woman to participate in the Paralympic Games. The other team member is Hossain Rasouli, a track athlete.

“There are no commercial flights,” International Paralympic Committee President Andrew Parsons told Reuters on Wednesday. “We all have seen the images from the airport in Kabul. It became clear to us right from the beginning that there will be no safe way to try to bring these athletes to Tokyo.”

“I saw the video message,” Parsons said. “It is really sad, and it really breaks my heart.”

Afghanistan has not been a big presence at the Paralympics, never sending more than two athletes and never winning any medals. The nation had five athletes at the Tokyo Olympics that concluded Aug. 8.

Afghanistan’s only two Olympic medals, in 2008 and 2012, have come in taekwondo. Rohullah Nikpai’s bronze medal win in 2012 influenced Khudadadi to take up the sport, she has told interviewers, with hopes of motivating and inspiring other female Paralympic athletes.

The future of sports in the country is unclear under the Taliban, which banned women’s sports when it led the country from 1996 to 2001. Many of Afghanistan’s most promising athletes still don’t live in the country.

Although sport has been badly hit by years of war, the nation’s men’s cricket team has had success, and is currently seventh in the world Twenty20 rankings. It is due to participate in the T20 World Cup in the U.A.E. in October.

But women have made some gains, a point Khudadadi alluded to in her video.

“Please, I request you all — especially all the women from around the globe and the female institutions and the United Nations to not let the rights of a female citizen of Afghanistan in the Paralympic movement to be taken away so easily,” she said.