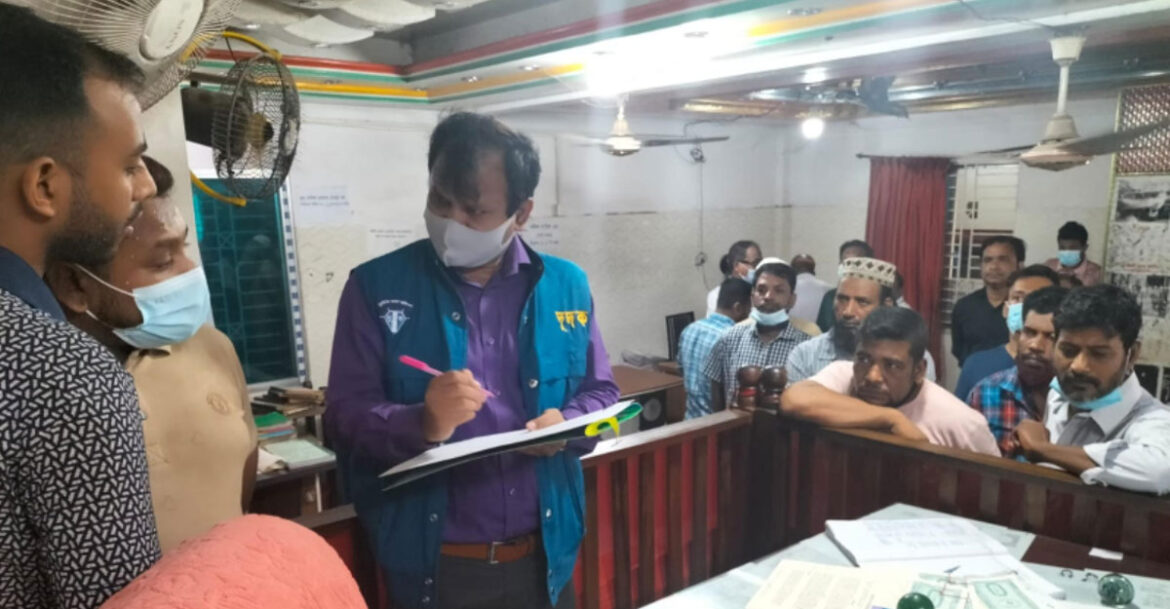 The ACC team appeared in disguise at the Demra sub-registrar’s office in the capital to investigate allegations of bribery. A raid was also carried out on the Laxmipur Sub-Registrar’s office on the same day.

During the campaign, the team disguised as customers and talked to the document writers and service recipients. Evidence was found that the enforcement team collected in the name of the sub-registrar an additional Rs. Besides, there is evidence of various harassments.

According to the ACC, the enforcement team conducted the operation in the wake of allegations of bribery in the name of executing declaration documents against the sub-registrar of Demra in the capital. During the campaign, the group interrogated some document writers in disguise. In case of execution of each deed, an additional fee of Rs.500 / – per lakh fixed by the government is collected in the name of sub-registrar. The same information is found in the statements of multiple document authors.

The service recipients who came to file the documents told the enforcement team that they would be harassed if the government did not pay the required fee. The Enforcement Team has verbally warned the Sub-Registrar to stop harassing the donors and recipients.

On the same day, a similar operation was conducted at the Ramgati Sub-Registry Office in Laxmipur from the Noakhali Integrated District Office.

The operation, led by the company’s deputy assistant director Arif Ahmed, found evidence against sub-registrar Abdur Rahman Muhammad Tamim for harassing and receiving money from donors. At this time the team talks to the author and client of various documents in the sub-registry office and collects records related to the complaint. It is learned that a detailed report in this regard will be submitted to the commission.