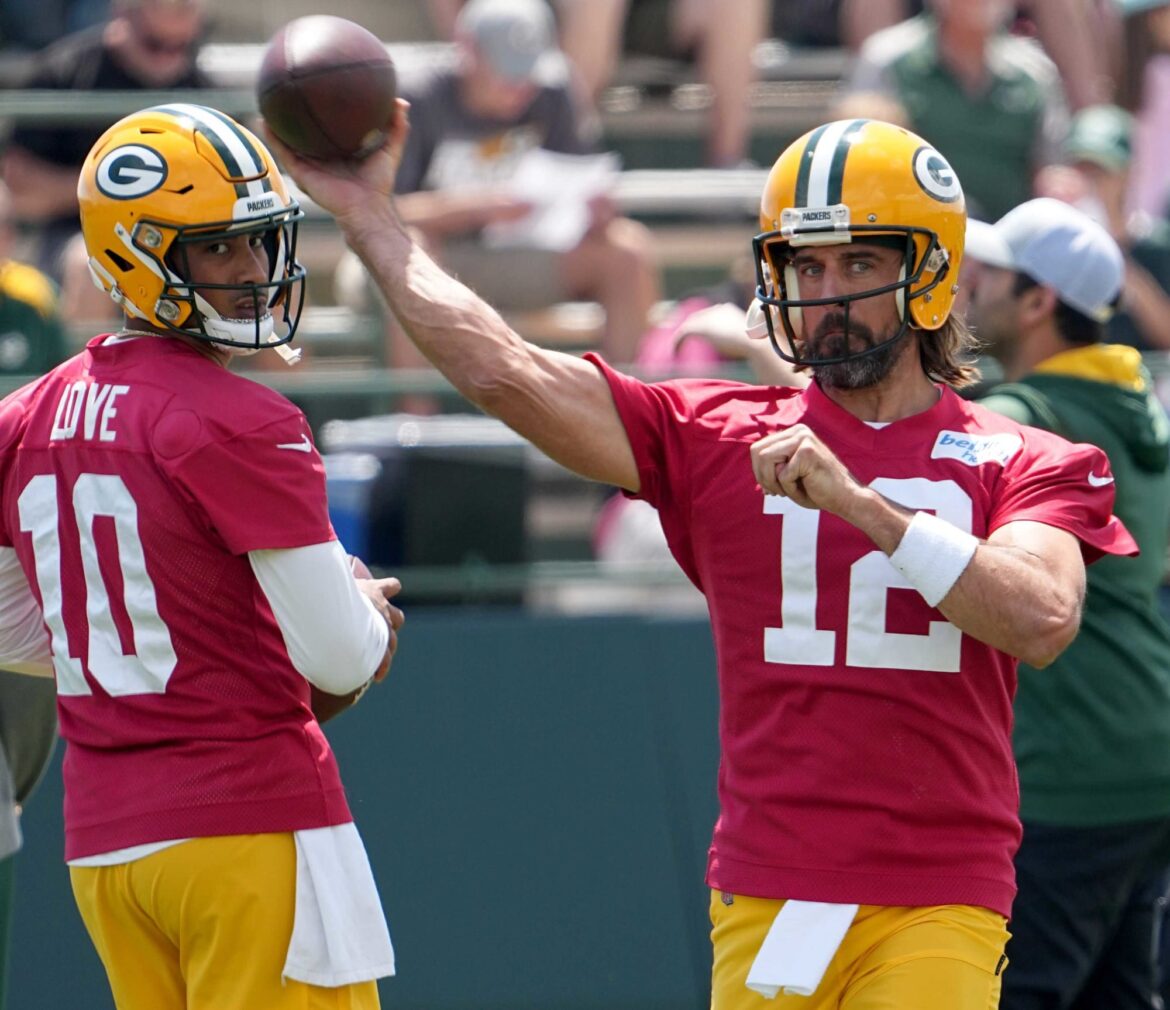 Packers quarterback, Aaron Rodgers, has repeatedly offered praise to one of the new receivers in Green Bay, a lesser-known name from the 2022 NFL Draft.

After the Green Bay Packers elected to trade away their star wide receiver, Davante Adams, to the Las Vegas Raiders in mid-March, the direction of the offense became rather clouded. For all intents and purposes, quarterback Aaron Rodgers was blindsided by the deal, and was left all but empty-handed in terms of the weapons he would have to utilize in pursuit of his third-straight league MVP award.

Heading into the draft, reinforcing the receiving corps was an obvious necessity, and yet, somehow, in typical Green Bay fashion, addressing the pressing offensive needs became the secondary priority. They selected two defensive players, Quay Walker and Devonte Wyatt, with their two first-round picks, neglecting receiver help until the second round.

It is the player that they took in the fourth round, however, that Rodgers is smitten with.

AR12 on Romeo Doubs: “Every single day … there’s been at least one kind of ‘wow’ play for him, and that’s kind of rare for a young guy like that. Now we’ve had some guys over the years kind of do that, but they’re all in the top 10, I think, in the Packers’ receiving history.”

The Packers selected Christian Watson from North Dakota State with the 34th overall pick in the draft, but it is pick No. 134, Romeo Doubs, who seems to be getting the love early on from the MVP.

Doubs attended the University of Nevada, where he hauled in 80 receptions for 1,109 yards and 11 touchdowns last season. He was the leading pass catcher for the Wolf Pack and was quarterback Carson Strong’s favorite target. He had nearly 20 more receptions than anyone else on the Nevada roster in 2021.

Another worthy note to make of Doubs is the year-over-year improvement he displayed throughout his collegiate career. He improved, statistically in receptions, yards, and touchdowns in each of his four seasons at Nevada. Additionally, last season, his quarterback had a 130.6 QB rating when he targeted Doubs. Even more reason for Rodgers’ to have sweet eyes for him.

In early April, the Packers wide receiver depth was led by Juwann Winfree, Allen Lazard, and Randall Cobb; with Malik Taylor and Amari Rodgers as backups. Now, with Watson and Doubs in the mix, along with veteran Sammy Watkins, the Green Bay offense, led by its reigning MVP quarterback, seems to be in shape to take on whatever challenge the NFC North has in store.