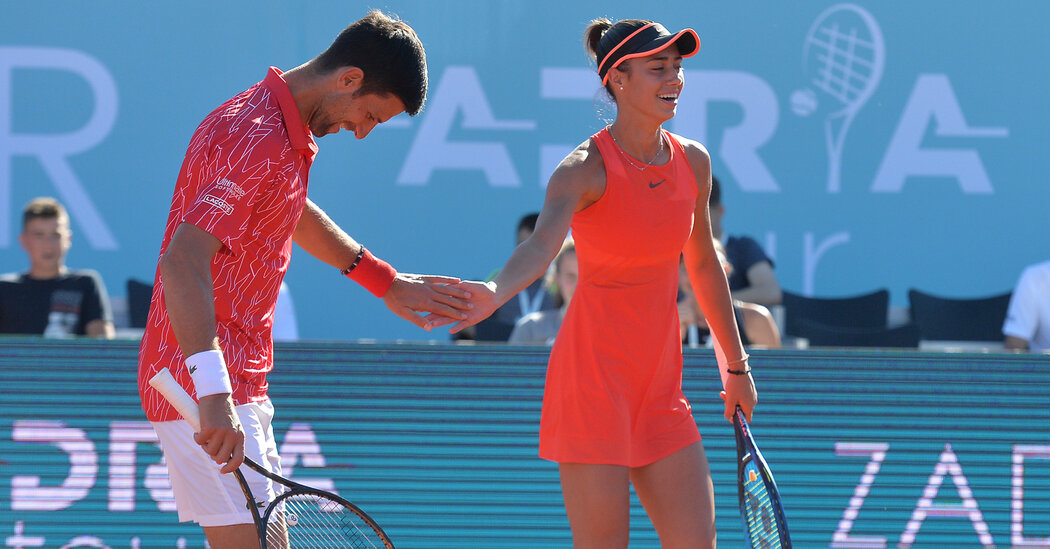 Olga Danilovic has never experienced an atmosphere like the show court matches at the U.S. Open. Now she will have to wait at least another year.

Danilovic had been scheduled to play the reigning champion Naomi Osaka at noon on Wednesday, but withdrew from their second round match about an hour before it was played. Tournament officials said Danilovic had a medical issue and that Osaka would advance to the third round.

“I am so sad to have to withdrawal from my match this morning,” Danilovic wrote in a post on Instagram. “I have been feeling unwell these past few days dealing with a non-covid related viral ilness. I was really looking forward to playing against Naomi on Arthur Ashe Stadium today, but not to be this time. I just want to say big thank you to medical stuff here in Us Open and everyone for your support and I cannot wait to be back in New York at this amazing tournament next year.”

Danilovic, a qualifier ranked 145th, has been mentored and inspired from a young age by the 20-time Grand Slam champion Novak Djokovic, a compatriot who has quietly offered support to many young Serbian players, even as he chases a spot atop the pantheon of men’s tennis history.

“When you talk to him you think, ‘OK, now I’m going to beat everyone after talking to him,’” Danilovic told Tennis.com earlier this year. “His energy and dedication and his passion to play and work is something that pushes you to be better.”

After winning his first round match on Tuesday night, Djokovic said Danilovic had been eager for a big-time opportunity against Osaka.

“She was asking me about how it feels to be on the big stage,” Djokovic said. “Of course, you can say something, but then you really need to experience it. Hopefully she can use that to her own advantage, the motivation and inspiration.”

Danilovic, 20 broke into the WTA Top 100 after winning the Moscow River Cup in 2018, when she was only 17, becoming the first player born this century to win a WTA title, but she struggled to win consistently.

“She’s got the goods,” Djokovic said. “She’s really, really strong, fit, tall, lefty; don’t have many good lefty servers in both the men’s and women’s game. I think it’s quite an advantage. If she’s serving well, she can do damage to a lot of players.”

What Danilovic is missing, Djokovic said, was experience.

“The more matches she’s winning on this stage, the more comfortable she’s going to feel,” Djokovic said. “So, yes, we’ve been speaking a lot. I’ve been trying to help her out as much as I possibly can, her team, her family, with guidance on and off the court, some advices.”

Danilovic has plenty of athletic experience in her family, although not in tennis. Her father, Sasha Danilovic, was a star shooting guard in European basketball leagues in the 1990s, and played for two seasons in the N.B.A. He is now the president of the Basketball Federation of Serbia.

“She’s got the great genes for sport,” Djokovic said Tuesday.

“I noticed at the very end,” Shelby Rogers, Danilovic’s opponent in that match, said. “She definitely won the cheering squad award today, I’ll tell you that.”