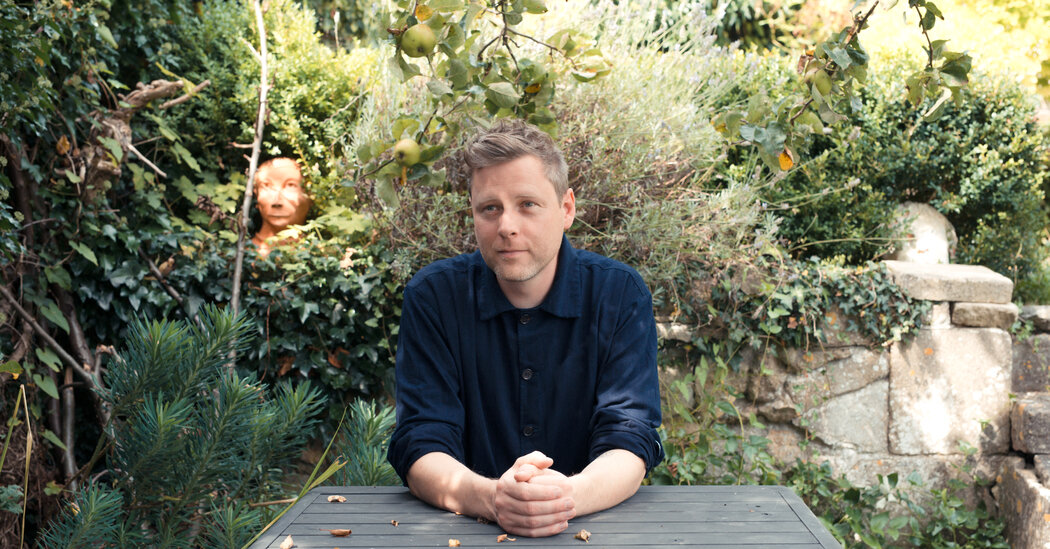 In an email exchange, Murphy described the development of the stage production as a collaborative effort. “Max and Enda had a particular strong understanding, which informed Enda’s adaptation of the book,” he said. “And Max was extremely generous and unprecious with his work.”

The adaptation retained much of Porter’s signature prose style, which Murphy said was well suited to the stage. “The words are absolutely beautiful to say,” he said. “Like all good writing, the more you say them, the more they reveal.”

Porter’s second release, “Lanny,” shares much with Porter’s debut. Both novels are concerned with loss, told through multiple perspectives of a single family, and feature an ageless, omnipotent observing presence. This time, instead of a crow, we’re introduced to Dead Papa Toothwort, a mythical woodland creature that lurks in the shadows, watching over the drama.

Like the staccato rhythm of the chapters featuring the crow, Dead Papa Toothwort’s voice is also frantic, with his narration interrupted by wayward digressions. These interruptions are expressed through irregular typesetting, with words weaving and meandering across the page.

These chaotic sections echo the content of Porter’s notebooks, where the ideas for his novels are formed. Each book is filled with scrawled room layouts, doodled characters, scribbled sentences and haphazard blocks of text. While developing “The Death of Francis Bacon,” he said, he sketched away in his notebooks while studying reproductions of the painter’s work.

“For three months,” he said, “I did nothing but look at Bacon pictures every day.”