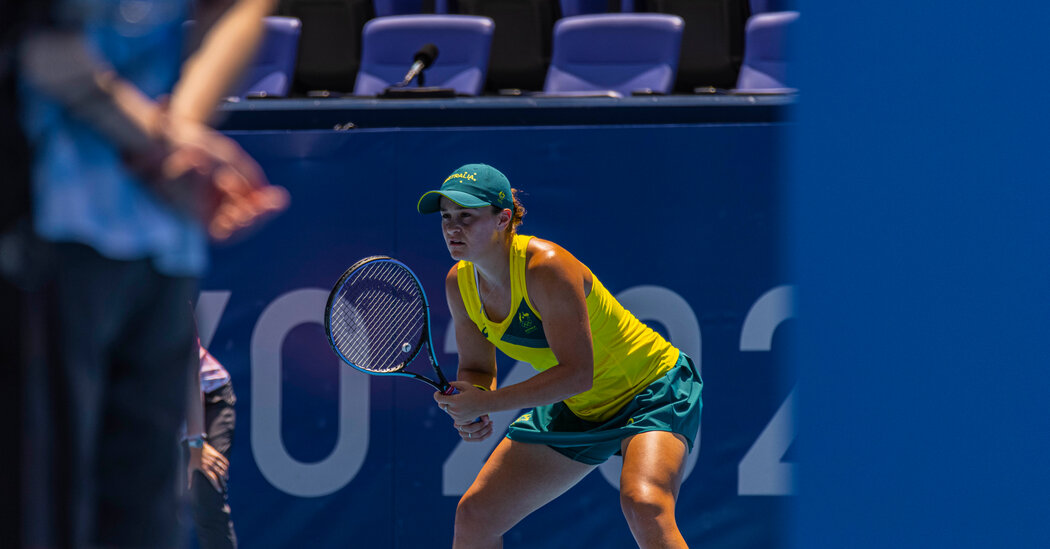 In a year when mental health has often been a headline in sports, it is fitting that Ash Barty of Australia is the No. 1 women’s player in the world. Barty had the self-awareness to walk away from tennis for more than a year in 2014 to seek a more normal existence (though she also took up professional cricket).

In 2019, when she stumbled at Wimbledon, losing in the fourth round, she took a few weeks to return home and rejuvenate. And after staying off the tour for nearly a year during the pandemic, she has won four titles this year, including Wimbledon.

Barty discussed her approach to tennis and life as she prepared for the United States Open. The following interview has been edited and condensed.

Are you someone who has always gone your own way?

I grew up with values from my mom and dad that you make the right decisions for the right reasons, and they are not dependent on tennis. When I do that, regardless of what that means for my tennis, I’m a happy person. Certainly, you can’t please everyone, but that’s all I need to do.

Do you get frustrated when people attack Naomi Osaka or Simone Biles for making decisions based on their mental health?

I haven’t followed those stories too closely, but based on the headlines, I hope that they are making the right decisions for the right reasons. It shouldn’t matter to Simone and Naomi what the rest of the world thinks.

In 2019, after reaching No. 1, you fell at Wimbledon, took three weeks off and then fell in the second round of your next tournament. Did you feel pressure as the new No. 1?

It was really exciting — this was something I’d worked towards. It certainly didn’t add any pressure, if anything it took it off because I had absolutely nothing to prove to anyone.

After Wimbledon, it was really important for me to go home and take stock. I arrived in the U.S. knowing I was probably not going to be playing my best tennis in some of those tournaments. But I had a solid end of the year. [Barty reached the finals of the China Open and won the year-end WTA Finals.]

This year, was it easy to find your footing right away?

I just take each week as it comes. Each match is an opportunity to do the best that I can on that given day. Whether that’s a win or loss is quite irrelevant. It’s more about going out there with the right attitude regardless of the result.

As an athlete you need to be able to separate and not place your self-worth on those wins and losses — that’s certainly a false way to determine whether you’ve had a successful career. It’s more about the way you go about it and how much you enjoy that journey.

Were you confident before Wimbledon or worried about lingering injuries?

I always trust in my tennis. If I play well, I’ll be very hard to beat. But at Wimbledon, my team and I had no idea how my body was going to respond, so we were on edge. I would wake up each morning to see if I felt all right. Getting through the tournament physically was massive, so I was able to relax and play some of my best tennis when it mattered most.

The U.S. Open has proved your biggest challenge. You’ve never gotten past the fourth round. Is there a specific challenge to playing there for you?

I love playing in New York, and I love the conditions. Making the fourth round a couple of years in a row is not terrible — being in the second week of a Slam is where you want to be — and I’ve lost to some quality opponents. We just keep chipping away. I just go there and try to put my best foot forward.