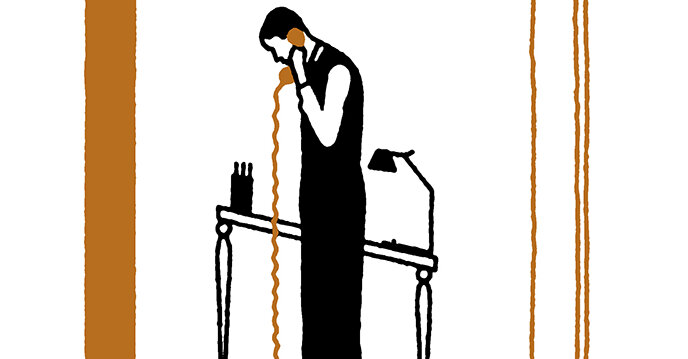 The publication of another novel by Jean-Patrick Manchette, the French noir writer who died in 1995, is a reason to rejoice. His association with the Surrealists, his mordant sense of humor and his profound familiarity with the genre’s masters — many of whom he translated — produced masterpieces like “The Prone Gunman,” “Fatale” and “Three to Kill.” I’d rather read Manchette than many contemporary noir writers.

Now arrives THE N’GUSTRO AFFAIR (New York Review Books, 192 pp., paper, $15.95), first published in 1971, here nimbly translated by Donald Nicholson-Smith. Drawing from real-life events, it recounts how a budding sociopath named Henri Butron, interested solely in his own pleasure despite (or because of) the harm he causes others, gets caught up in an escalating series of crimes involving a prominent African political figure.

The novel, which occasionally overreaches its structural demands, doesn’t reach the heights of Manchette’s best work. It’s also a bit too indebted to the Jim Thompson novels it clearly wants to emulate. But the muscular prose is vivid (“Hate is so tiresome,” one character opines with devastating effect), and the examination of ideology gone rancid is gutting and powerful.

Audra Colfax, the young artist at the center of Katie Lattari’s unnerving suspense novel DARK THINGS I ADORE (Sourcebooks Landmark, 393 pp., $27.99), has decamped to her grandfather’s house in the remote Maine woods with her professor, Max Durant, so that he may view her graduate thesis. Durant is certain that the project will be as brilliant and arresting as its creator. He is equally certain that Audra will fall prey to his charms, as have so many students past. “Her art, her body — they have grown knotted into one concept within me.”

Durant is about to discover that Audra is very much aware of his calculating behavior, and that she also knows the secrets these woods have kept since 1988, as well as Durant’s connection to a group of young artists who came together that summer. “I have so many things to show you, Max,” Audra tells him smoothly when they arrive in Maine. “I have such plans for us.”

The spider web of revenge Lattari slowly spins threatens to dissolve at every conceivable turn, or transform into lurid melodrama. That it doesn’t, not once, is a testament to her careful and sinewy plotting, which reveals in chilling detail who gets to make art, and who gets subsumed in the process.

Sofi Oksanen’s DOG PARK (Knopf, 356 pp., $28) sets up a remarkably ambitious story from a simple beginning: A woman named Olenka, beaten down by life, mulls her past (“Mistakes are wounds. Wounds bleed and leave a trail and trails can be tracked”) and spends her off-hours at a Helsinki dog park, always watching one particular family but never daring to venture further into connection. Then, one morning, another woman sits next to her. At first Olenka doesn’t see who it is, but when she does, fear snakes through her: The woman, Darla, was once her colleague at a shady fertility clinic in Ukraine, where Olenka — not her real name — was implicated in the murder of a client.

Oksanen has much to say about the price of parenthood and the cost for young women who, with few other options to escape poverty, become egg donors or surrogates. Owen F. Witesman’s translation conveys the mounting tension as Oksanen layers in shadowy, overlapping plotlines. But the story never coalesces into a coherent whole. A lack of resolution and a messy denouement is fine; leaving the reader in a state of befuddlement at what has just transpired, less so.

When the Sicilian writer Andrea Camilleri died in 2019, he left behind one last Inspector Montalbano novel. “I finished him off five years ago,” he said in 2012. “That’s to say, the final novel in the series of Montalbano is already written.” Now RICCARDINO (Penguin Books, 272 pp., paper, $17) has finally been published, capping Montalbano’s long-running adventures with delight, aplomb and a committed plunge into postmodernism.

Montalbano’s latest investigation begins with an early morning call, a wrong number from a fellow named Riccardino. A second call, from his bumbling police colleague Catarella, announces the shooting death of a man nearby, who turns out to be none other than Riccardino. The inspector is drafted to discover who killed Riccardino, why the obvious motives of jealousy and torn friendships are mere red herrings and, most important of all, why he can’t shake off the phone calls he’s getting from “the Author,” who has twisted Montalbano’s life and work into art, never mind the gross inaccuracies.

Camilleri has great fun with the metafictional aspects of the novel, playing up the battle of wills between his avatar and his main character. Montalbano remains as crusty and irascible as ever, leaving a final annoyed message on his creator’s answering machine: “And so I’m leaving. Of my own spontaneous free will. I will not give you the satisfaction of getting rid of me in one way or another. I will disappear on my own.” It’s a fitting final turn that assures Montalbano — and Camilleri — of detective-fiction immortality.