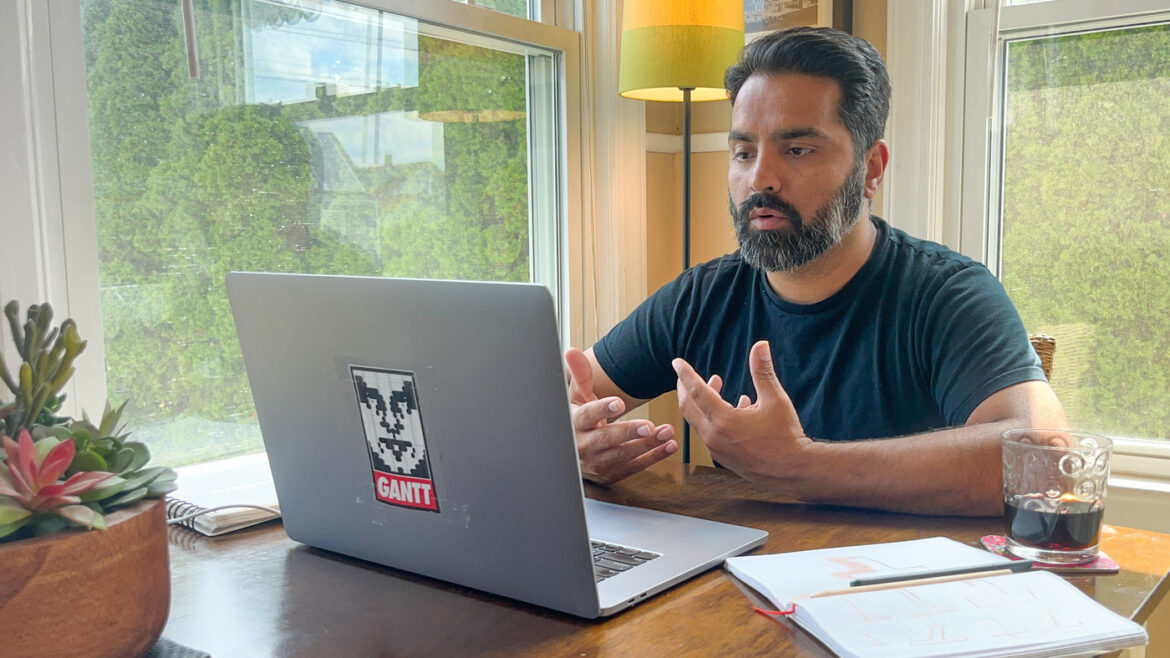 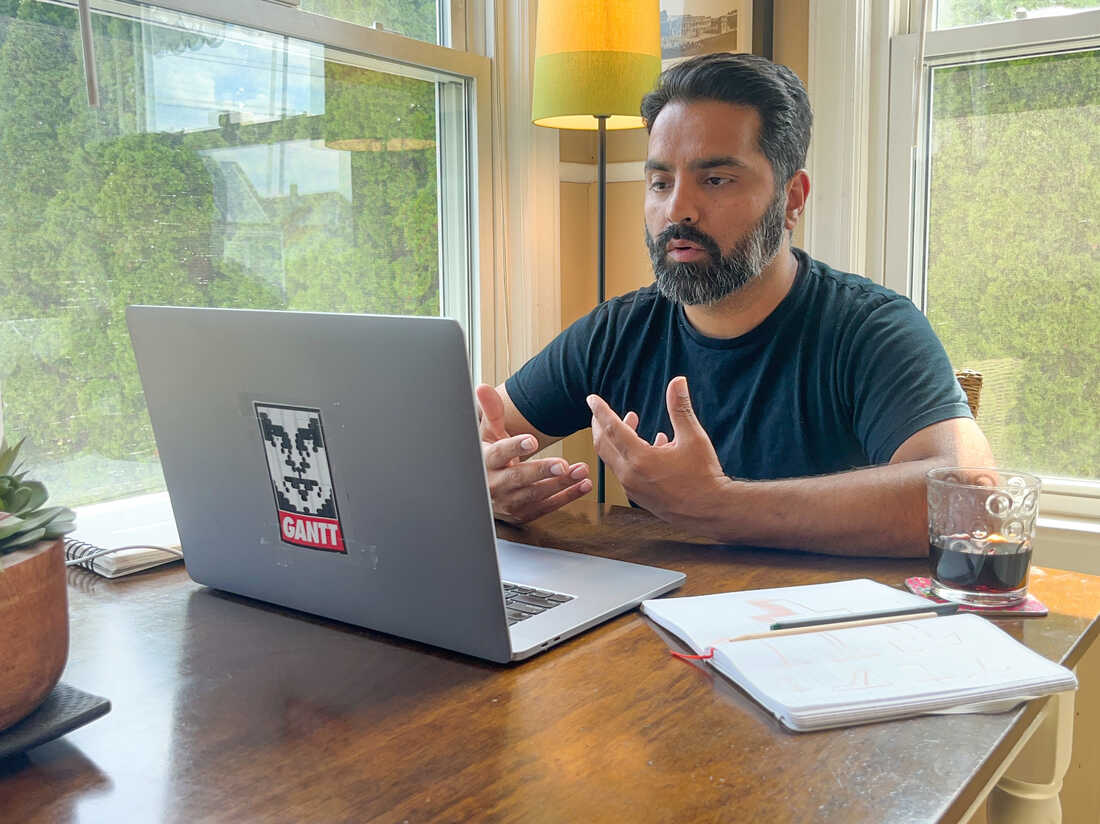 Nitin Budhiraja discovered during the pandemic that he loved working from home. He now works fully remotely. 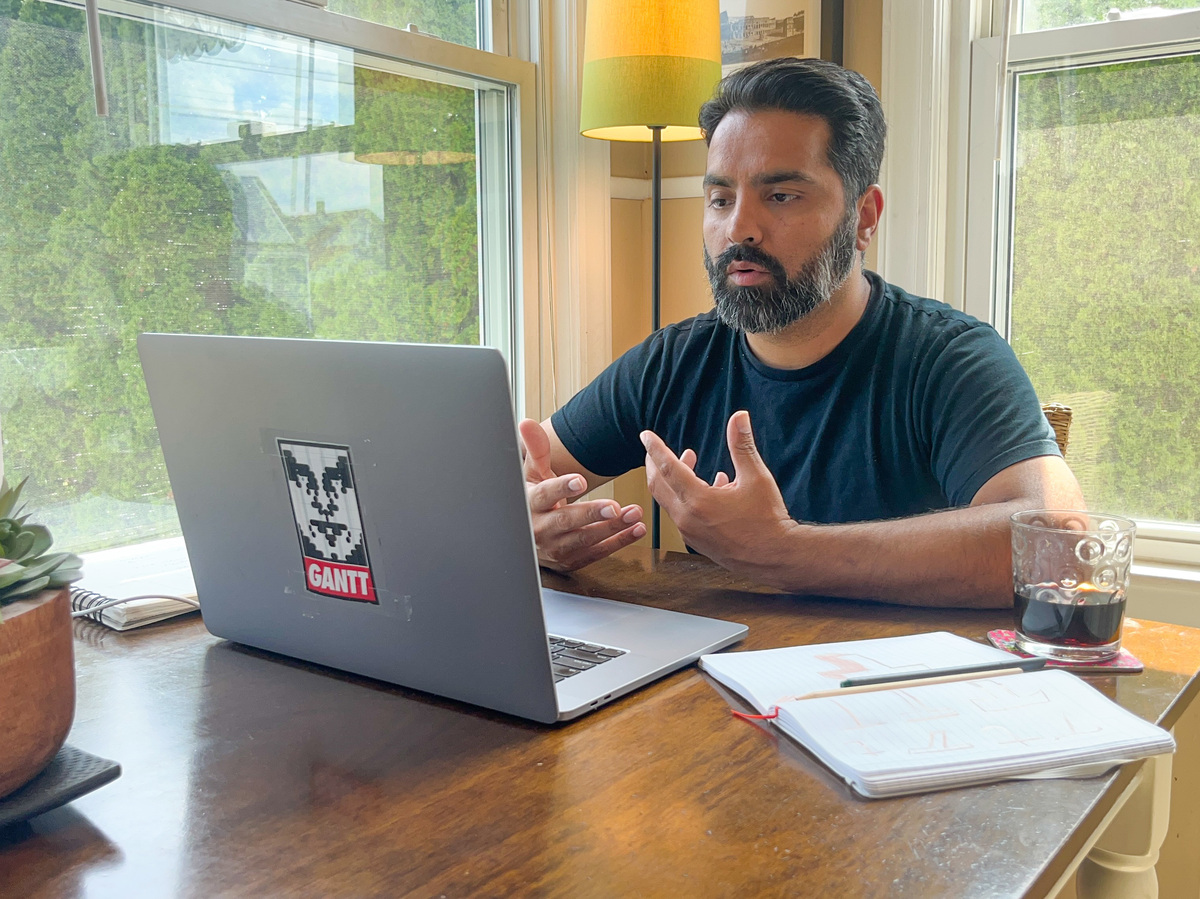 Nitin Budhiraja discovered during the pandemic that he loved working from home. He now works fully remotely.

Jenn Ramirez Robson has been working remotely since the pandemic started.

Now, as more people are returning to the office or offered the choice of working from home, she’s still working remotely. But every once in a while, she gets worried about being left out at work.

“All of my meetings are still on Zoom or Teams, but I do feel that sense that I should go into the office at least once a week,” says Ramirez Robson, who works at Northwest Center, a disability nonprofit.

In the “new normal” hybrid workplace, are remote and in-person workers going to be treated equally? It’s a matter of hot debate right now, with many workers like Ramirez Robson wondering if they would be sacrificing promotions if they choose not to come into the office. One top Wall Street CEO waded right into that conversation.

“If you want a job, stay remote all the time,” says Rich Handler, CEO of the investment banking company Jefferies. “If you want a career, engage with the rest of us in the office … No judgment on which you pick, but don’t be surprised or disappointed by certain outcomes.”

Handler was responding to a post on Instagram from a widely followed account @wallstreetconfessions, which said that investment banking layoffs were coming and that managers would soon have to judge who was worth keeping. “Now is the time to be visibly value-added — and showing up to the office every day is a big part of that,” the post said. It got more than 130 comments and Handler’s own comment generated another 40 replies.

It’s a hot topic that is starting to generate a lot of anxiety. The pandemic has upended traditional work structures and hybrid options are far more common than they used to be. According to Indeed’s Hiring Lab, about 10% of jobs posted on its site in May this year were advertised as remote, more than three times the amount before the pandemic.

Several chief executives, including Goldman Sachs CEO David Solomon and Tesla boss Elon Musk, say going into the office is key to learning, being part of a culture and a higher level of performance. Both want their workers in the office five days a week.

Most career experts agree that there are distinct advantages from more face time and collaboration with coworkers. But some people are willing to give that up for other benefits that they get from working remote, according to Anita Bruzzese, who writes a workplace and career column.

“There are going to be some people who believe the trade-off is worth it, who say my career isn’t the most important thing right now,” Bruzzese says. “I want to travel, I want a life, I want to train for a marathon, I want to raise my family — so I am willing to make that trade-off.”

Others say, why should I be penalized for working from home?

However, some say people shouldn’t be penalized for choosing to work from home. Fatimata Cham, a campus recruiting intern at Bloomberg, is working five days a week in the New York office. Her internship didn’t offer a remote or hybrid option.

“I think there are a lot of benefits to being in person early on in my career, because I can figure out if this is something I really want to do,” she says. “If I’m willing to come in five days for it, like, it must be something I’m passionate about.” 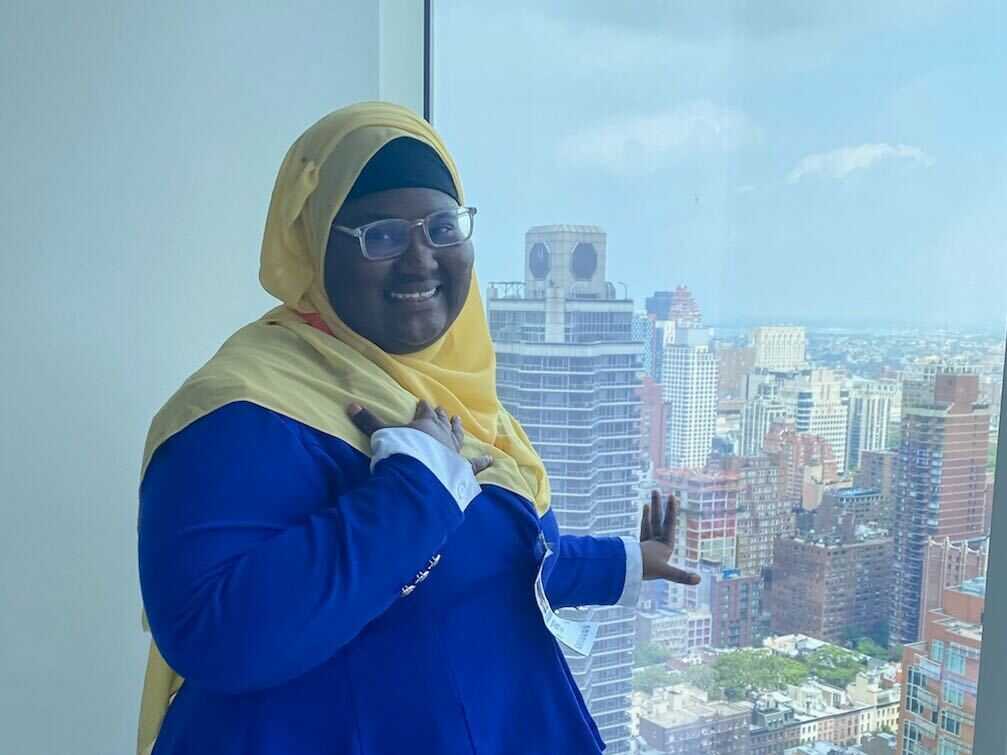 Fatimata Cham enjoys going into the Bloomberg office five days a week. But she might want to take a remote job someday. 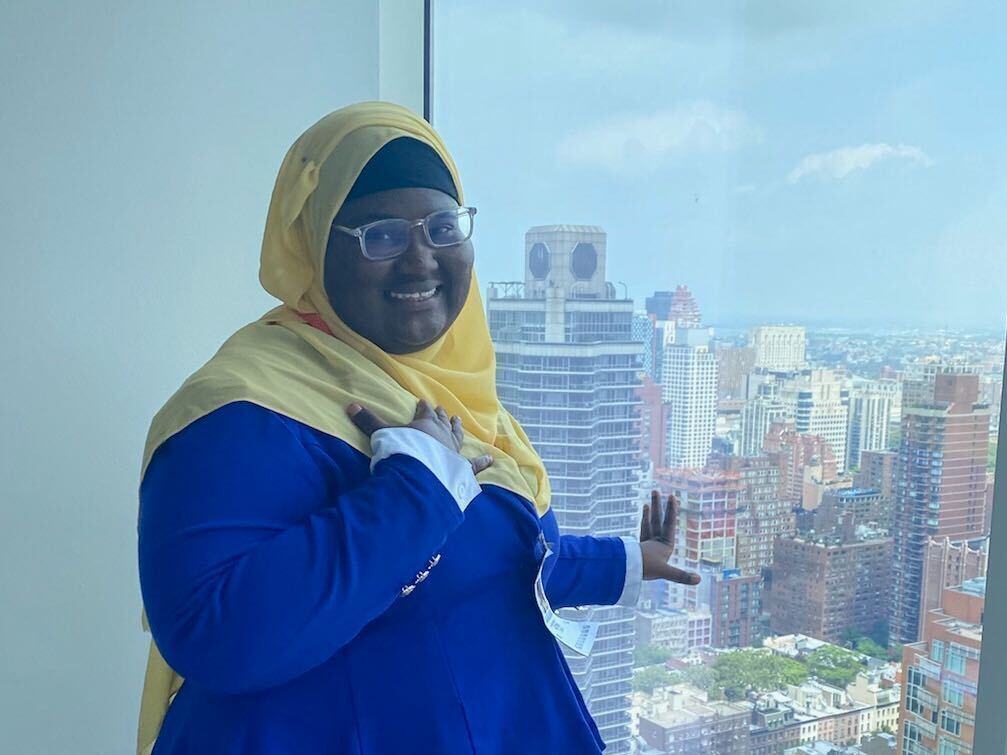 Fatimata Cham enjoys going into the Bloomberg office five days a week. But she might want to take a remote job someday.

Still, Cham says she would be open to taking a remote job later and her career shouldn’t suffer because of it. She thinks the pandemic has forced a shift in people’s priorities to focus more on wellness. And she doesn’t think remote work is going away.

It’s important to note there is no one-size-fits-all approach to hybrid work. Many advocates say it depends on what industry they’re in. Allen Ishibashi works in real estate for a regional parks district in California. He started working remotely when the pandemic started and found it “fantastic.”

“For the nature of work, what I do — which is probably 90% paperwork in the office and 10% out in the field looking at properties — it worked really well for me,” he says.

Ishibashi is back in the office three days a week, and he doesn’t think it should be harder for him — or any remote worker — to advance in their career.

Penalties may pose a problem in fostering a more diverse workplace

With remote work becoming more widespread during the pandemic, there’s no doubt that in some fields it has led to greater flexibility and even more opportunities. People can find jobs outside of their city, and companies can actually increase diversity if they’re looking beyond the pool of people who live where the office is. Studies show that a variety of voices leads to a stronger organization. 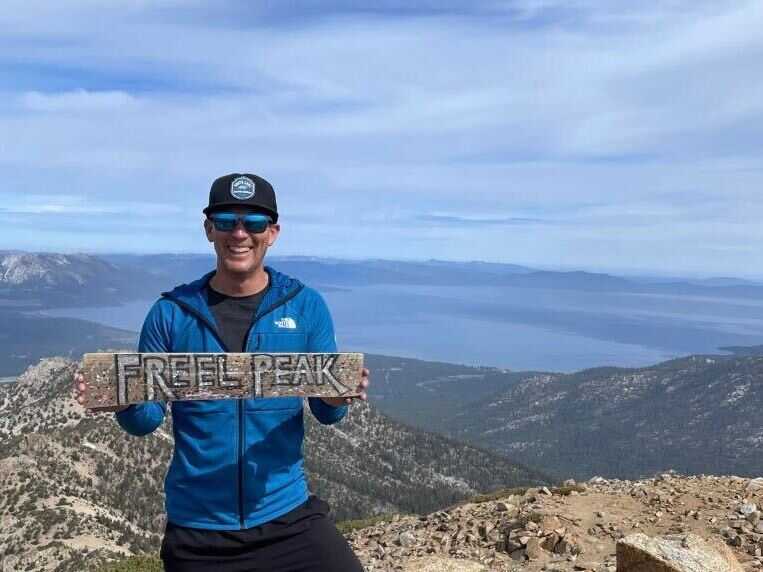 Allen Ishibashi works at a regional parks department in California. He started working remotely during the pandemic and liked it a lot. 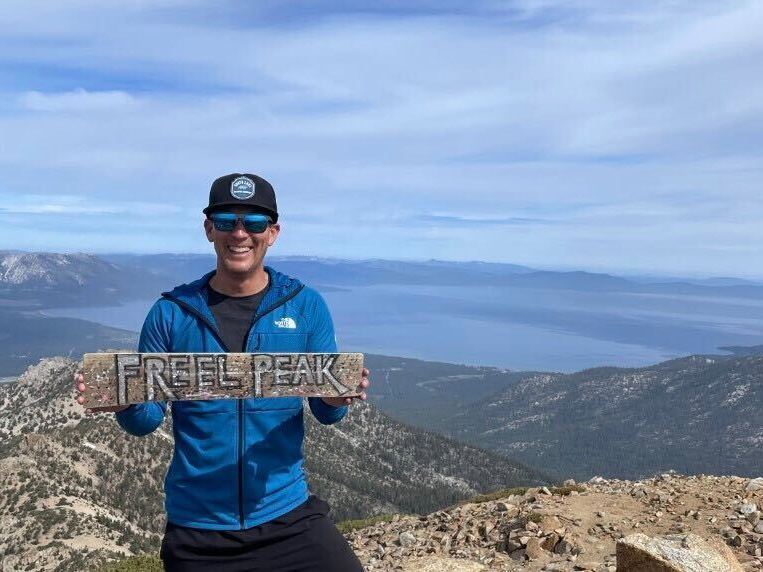 Allen Ishibashi works at a regional parks department in California. He started working remotely during the pandemic and liked it a lot.

But there are worries that hybrid policies could hinder efforts at corporate diversity.

Younger people are more likely to want more in-person time than their older colleagues. Women, people of color and working parents are more likely to want to work from home or in a hybrid format, according to a study from January of this year. Disability advocates, like Ramirez Robson, caution that people with disabilities may also be left behind in a hybrid workplace. 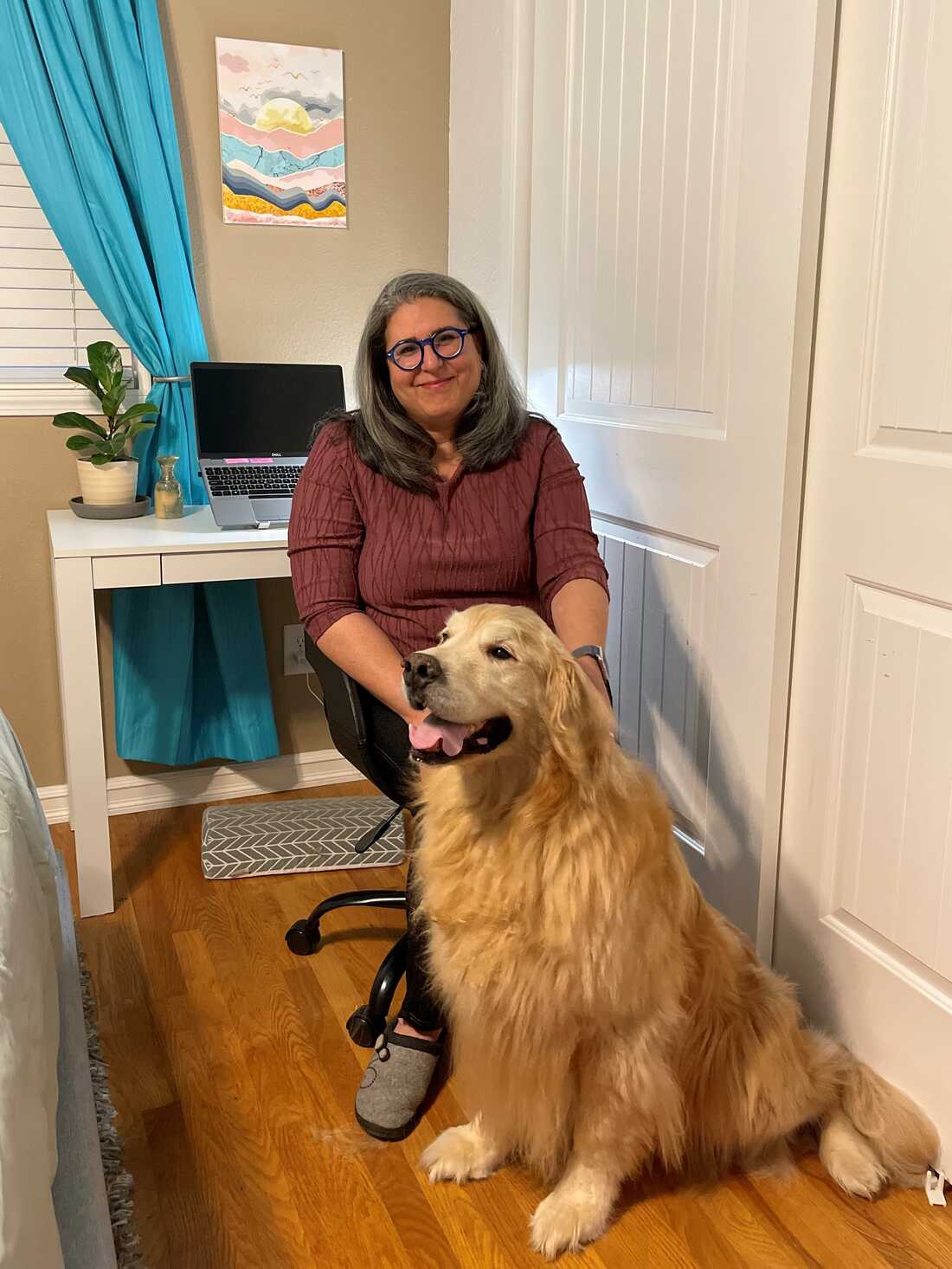 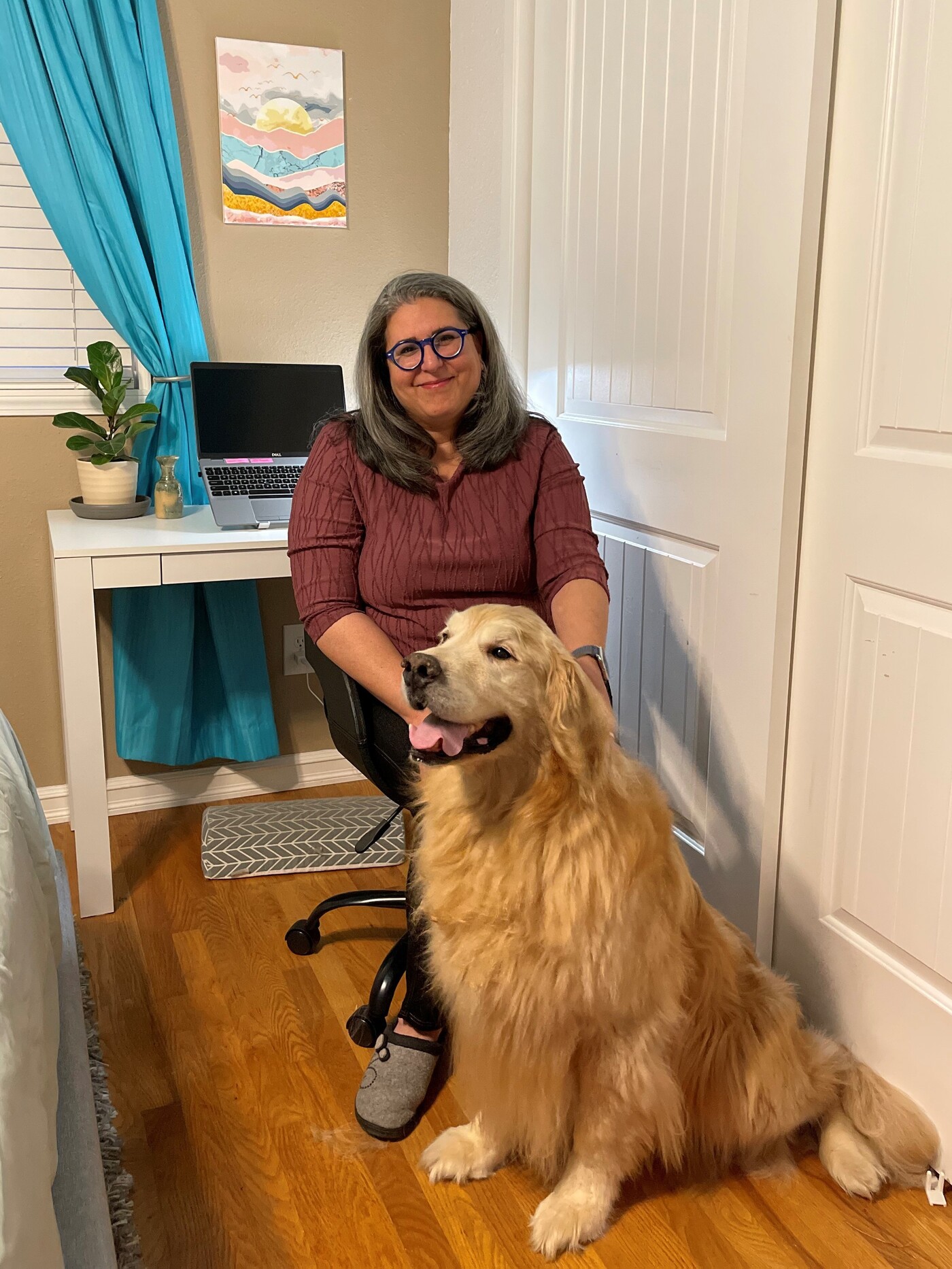 “If there’s already a skew in who’s working remotely — there’s a demographic pattern — we want to be extra aware” of dynamics that may be reinforced by any bias for in-person workers, says Heidi Brooks, who teaches at Yale’s School of Management.

For some people like Cham, who are early in their careers, remote work can feel isolating. They prefer working in the office so they can easily learn the ins and outs of their roles.

However, people who have established careers and have learned the ropes already tend to find remote work more appealing. That raises the question of whether the careers of these people could stall at a time when they’re ready to take on more leadership roles.

‘Hybrid guilt’ is a thing

Darren Murph, the head of remote at open source software company GitLab, believes the key to mitigating these disparities is to have either everybody or nobody in the office. That way, there’s no chance for people who work in person to have better access to information and meetings while remote workers are left out. It also removes what Murph calls “hybrid guilt,” where remote workers feel like they should be going into the office.

Nitin Budhiraja felt that way at his last job, where he questioned whether he should be going in, even though he was a remote worker. He worked at an advertising agency that was supportive of remote work. But there was some tension when he found out that one of the senior managers on his team was often in the office.

“That often made me wonder, should I be commuting to the office? Should I be going in?” Budhiraja says.

Sometimes the people who worked in the office would make decisions that he and other remote colleagues found out about later. Budhiraja said it wasn’t intentional and the discomfort didn’t cause major problems for him at work.

Still, when the opportunity arose to move to a company where everybody was working remotely, he jumped at it. He says remote work has made the quality of his work better, and given him more time to focus on himself and his family.

Murph from GitLab says the conversation focuses too much on where workers physically are, and not on how they’re best able to work. He says the question to ask now isn’t, “Where are people working,” but “How does work happen?”

As for the @wallstreetconfessions Instagram account, it is run by Ri Sharma, who works at the fintech startup Allio Finance. People from the financial industry send in anonymous messages and she chooses what to post on the account, which has 134,000 followers.

Sharma says she direct messaged the Jefferies CEO after his post about looking at working from home versus the office as a choice between a job versus career. She says she understands his point of view as someone who runs a large institution, but she’s on the side of people who want to work from home: “I’m personally my most productive when I have the option.”