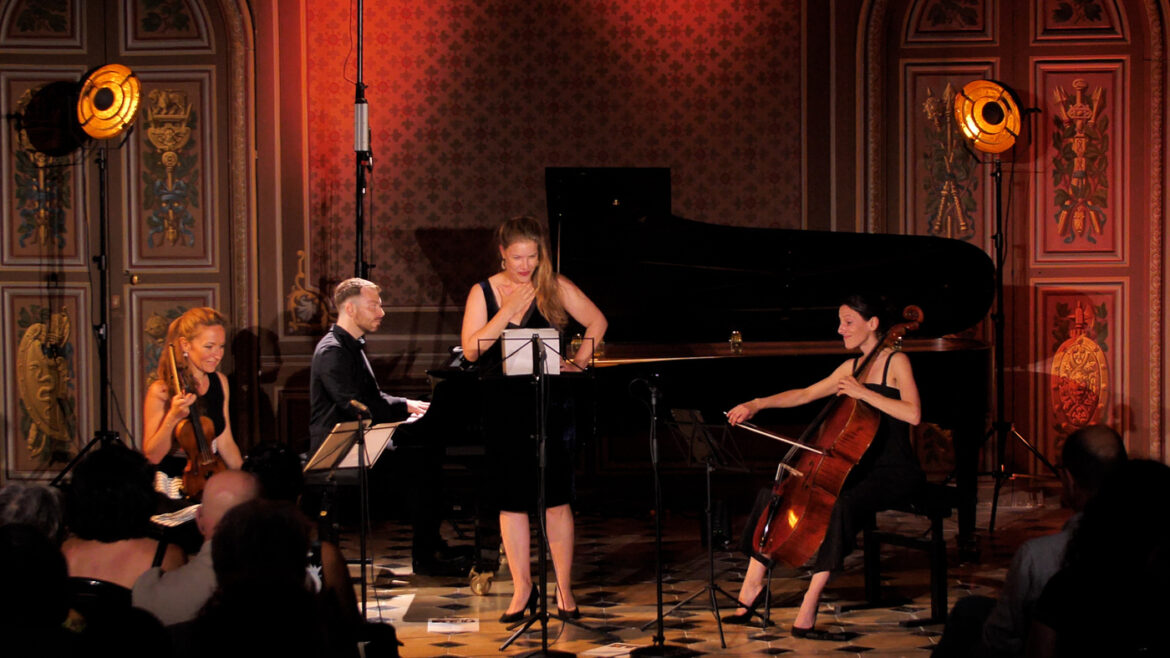 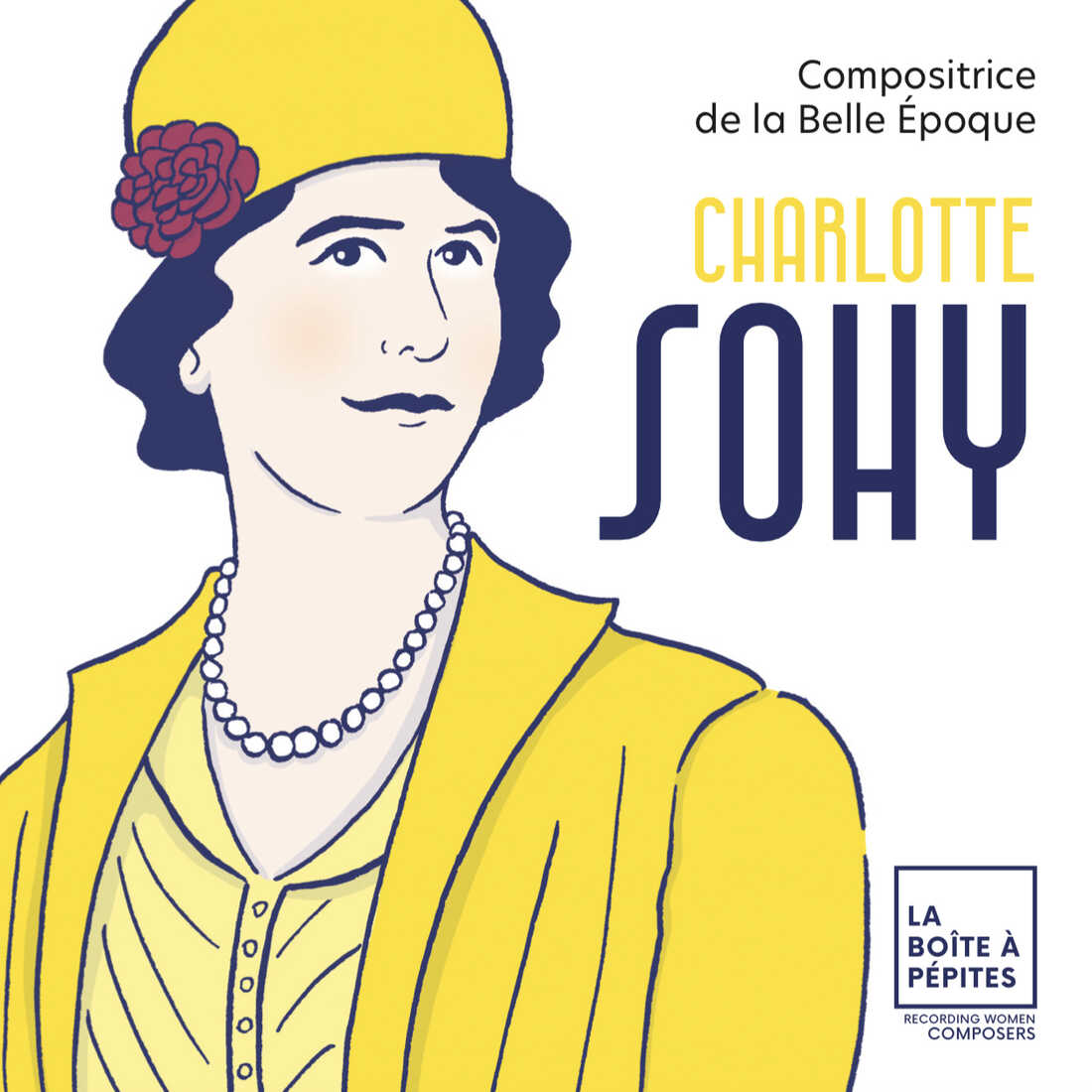 The realization came as a shock to Héloïse Luzzati. How could she have spent the better part of three decades playing music without every studying a piece composed by a woman?

As her gigs dried up at the start of the COVID-19 pandemic and concert halls around the world went dark for months, the French cellist dedicated much of her time to remedying that gap. “The role of women in the history of music began to gain a certain importance in my life as a musician,” the French cellist told NPR’s Leila Fadel. “We don’t know enough works composed by women. My aim is to increase the percentage of known works written by female composers.”

Luzzati has a hard time picking just one piece as her favorite. “There [are] so many. I cannot answer this question,” she said. “I ask myself, how could I [not] know this piece?”

Many of these works had never been published or recorded before, and yet to Luzzati they shined like priceless jewels. Her project quickly grew from a set of online biographical videos to a virtual advent calendar featuring recorded performances, a festival with top soloists at châteaux and other historic sites near Paris — and now a new record label.

The Festival Un Temps pour Elles held its closing concerts in July at the domaine de Villarceaux, an estate with a château outside Paris

La Boîte à Pépites (The Jewel Box) aims to “exhume pieces that seem worthy of a good position in the standard musical repertoire,” Luzzati explained. The label’s first release, launched in France in April and set for September 30 in the UK, is centered around French composer Charlotte Sohy, who died in 1955.

“I was completely captivated by this music,” said Luzzati, who gave a special nod to what she considers a “masterpiece,” the Op. 24 piano trio.

“It’s completely specific as French music from the beginning of the 20th century — sometimes impressionistic, sometimes figurative, with colors of Ravel, Chausson or Debussy.”

The rich harmonies also come from someone who faced tremendous odds, having survived two world wars, mothered seven children and cared for a conductor-composer (Marcel Labey). At times, she composed under a male name — that of her grandfather, Charles Sohy — or just used the abbreviation Ch. Sohy “to bypass the prejudices about women,” Luzzati explained. And yet her catalogue includes 35 opuses. She studied under composer Vincent d’Indy, himself a student of César Franck.

A three-CD boxset — also available on streaming platforms — features world premieres of Sohy’s piano, chamber and orchestral works. Among the soloists are rising and veteran stars of the classical world in their own right, including David Kadouch, Xavier Phillips, Célia Oneto Bensaïd and Marie-Laure Garnier. The Quatuor Hermès recorded Sohy’s first two quartets and the Orchestre national Avignon-Provence took up orchestral works under the baton of Debora Waldman.

It all began when Waldman introduced Luzzati to Sohy’s grandson François-Henri Labey. Since retiring from directing regional conservatories about a decade ago, Labey has copied his grandmother’s handwritten work in digital format on a computer. He’s said that he stumbled upon her “Grande Guerre” (Great War) Symphony in C sharp minor in the bottom of a drawer. In 2019, Waldman led the Orchestre Victor-Hugo Franche-Comté in the posthumous world premiere of the work, composed during World War I. Sohy was informed of her husband’s death on the battlefield while writing the second movement, only to learn a week later that he was found alive. 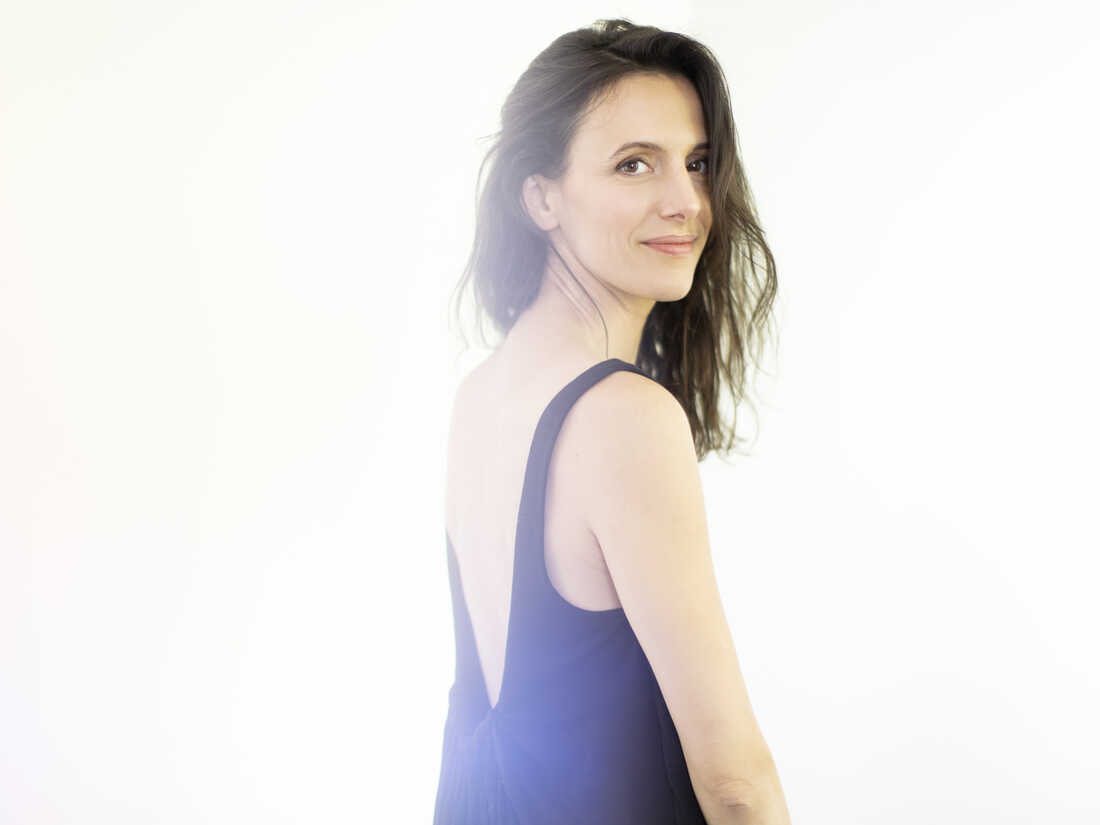 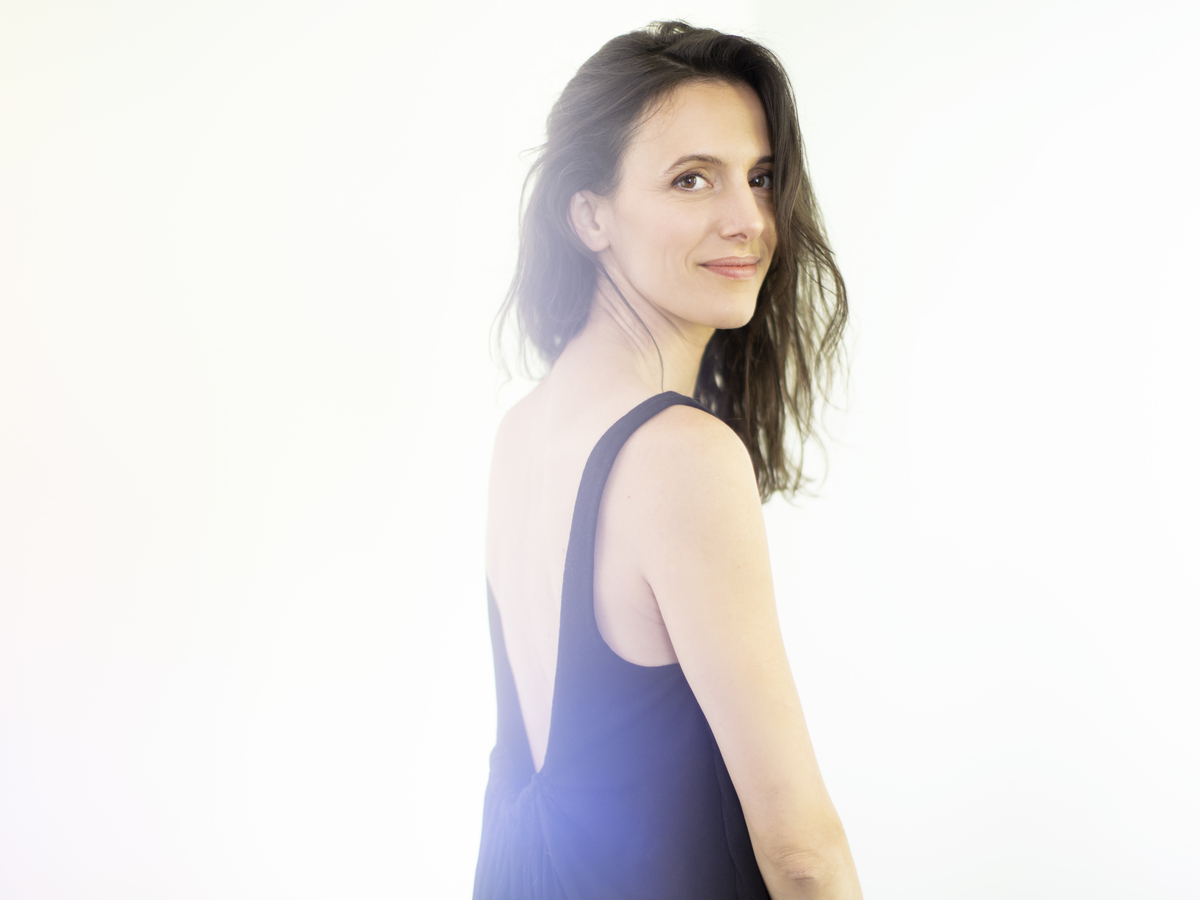 Luzzati is intransigent in her selection both of the pieces and performers put forward via her project, a charitable organization run by musicians. Violinist Renaud Capuçon and pianist Bertrand Chamayou are among the internationally renowned musicians who have joined the effort. Rather than simply performing a piece because it was composed by a woman, Luzzati and her fellow artists work together to breathe life into some of the most accomplished works by a composer who happened to be a woman.

“We want this music to exist for the future and for the young generations too,” she explained. “We don’t want to rewrite the story of the music. We want to add the women who count in the story.”

Gender inequality is still prevalent in the music industry today. While there are growing efforts to promote music by composers of underrepresented genders and backgrounds, only 5% of compositions scheduled to be performed by 100 orchestras worldwide in the 2020-2021 season were written by women, according to the UK-based foundation Donne.

Historically, much of this music has been overlooked — if not dismissed entirely — by music directors, and even teachers. Music students, from their very beginnings to advanced studies at top conservatories, are still largely taught music composed by white men who have been dead for decades if not centuries.

Some women gained wide acclaim during their lifetimes, especially in the late 19th century. Virtuoso pianist Louise Farrenc (1804-1875) was a prolific composer and the only female professor of music to teach at the Paris Conservatory in that century. But she was quickly forgotten after her death, despite her work being published.

“So there you go. It’s as simple as that. When a composer dies and she’s no longer there to keep her work alive, it disappears almost instantly,” Luzzati said.

Her group has also spotlighted living composers, like Ethiopian nun Emahoy Tsegué-Maryam Guèbrou or Alicia Terzian of Argentina. There are also new arrangements, such as one of a song by Barbara, who started out as a cabaret singer before writing her own tunes.

And Luzzati only just got started. She’s setting her sights next on music publishing — blowing the dust off old manuscripts so that the works can be played by students and soloists alike. If she succeeds, the ripple effect could have a long lasting impact on the classical music industry. 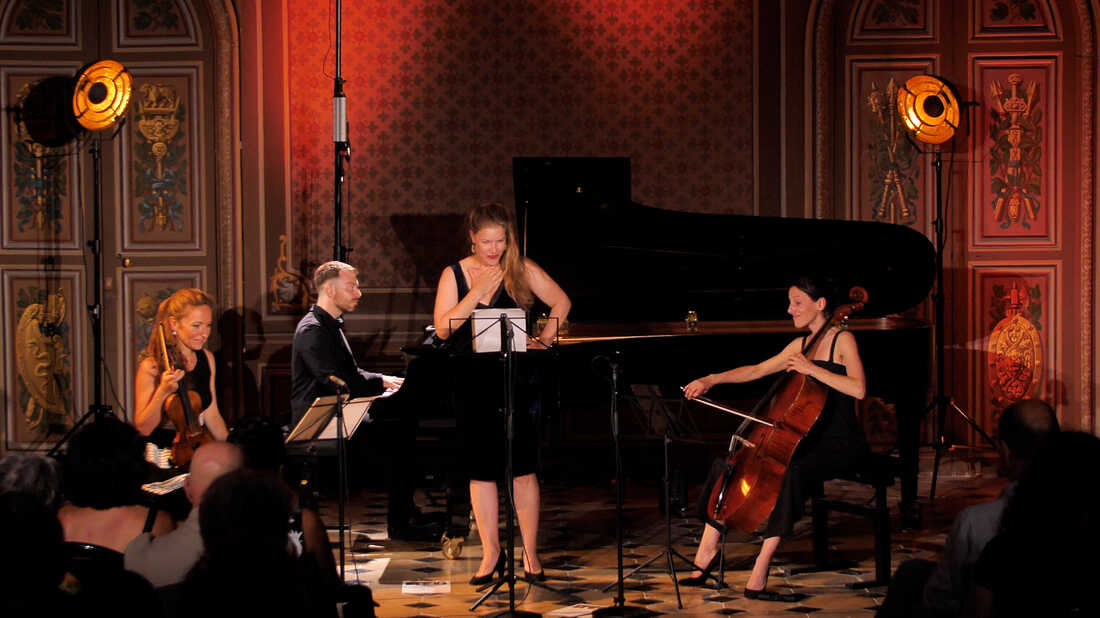 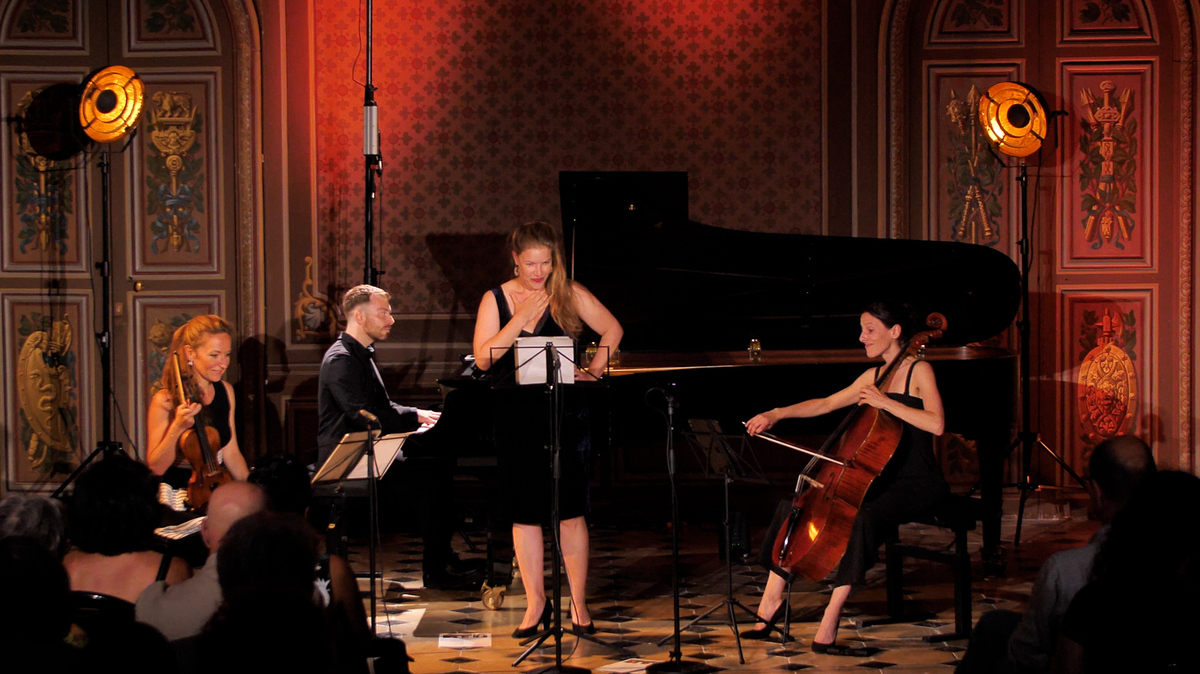