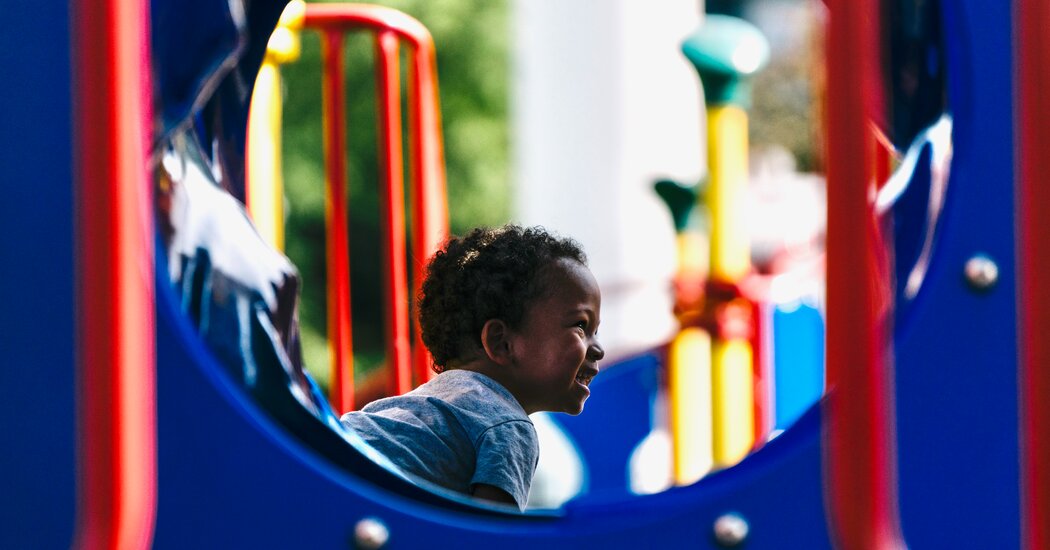 Rafa wants to go on the big kids’ slide. He has taken a few trips down the smaller one and enjoyed them enough, but at 2½ he already seems to understand that the greater the risk, the greater the thrill. He walks with the confidence of a matador toward the long, green plastic chute, which rises 12 feet into the air, a steep, curving structure that sits near a sign saying it was designed for children between the ages of 5 and 12.

I try to steer him back toward the part of the playground meant for kids his age, but Rafa is not having it. He starts to run toward the big slide, then tries to wriggle out of my arms when I pick him up. As his grandfather — G-Pa, he calls me — I am his only protector at the moment. It is my first time at this playground, but Rafa has been here before with his grandmother, so it could be that I am underestimating him. Maybe he knows what he’s capable of here better than I do. Should I give him the leeway to climb to the top for a more exhilarating experience, or is it too dangerous to take that chance?

Every adult responsible for the well-being of a child faces similar questions. With freedom comes discovery and joy, but also potential harm and disappointment. We constantly set them on a mental scale to weigh them against each other. When we let go of the bike, should we catch him when he tips over, or allow him to learn from hitting the pavement? If we let her join the basketball travel team, will the tougher competition inspire her to improve, or crush her confidence? When he begs to play football, is the chance of concussion too great to let him follow his passion?

With Rafa, I tend to be overprotective in what I hope are subtle ways. He can be perched on the kitchen counter, apparently safe with one of his moms nearby, but I still move close enough to catch him in case he slips off. I see scissors that are already well beyond his reach and I can’t resist sliding them a little farther away, because you never know. But I decide not to be a jumpy G-Pa this time. Today, the scale tips toward freedom.

Rafa climbs the ladder to the top of the slide while I am directly below, tracking him like an infielder under a pop fly. No being silly at the top, I tell him. Sit on your bottom and come right down. He does exactly that, and the instant of panic on his face as he starts his descent gives way to a huge smile as he picks up speed coming around the curve. But just before he gets to the end, where I am waiting to grab him, his body rotates slightly, and he smacks his cheek against the side of the slide.