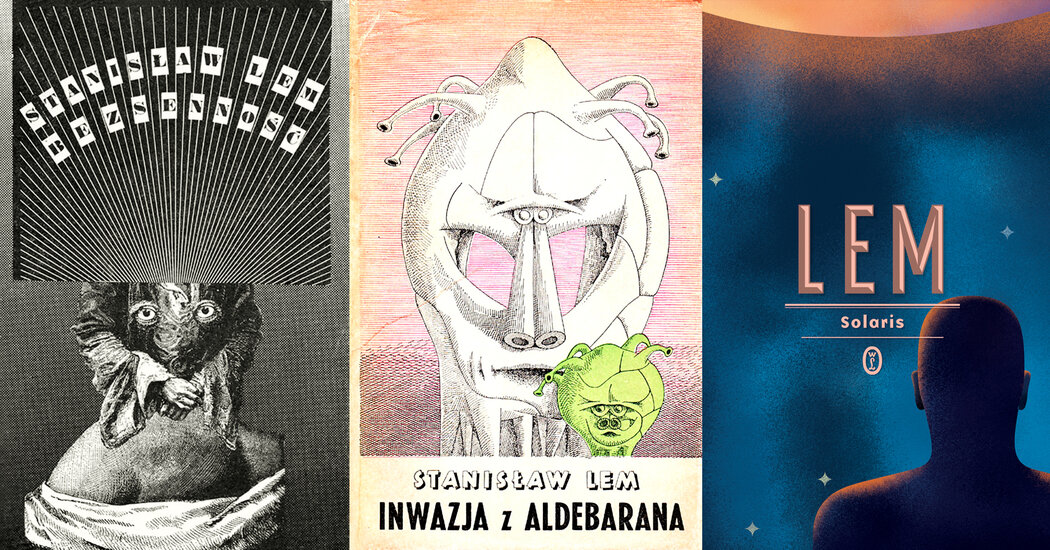 Lem’s bibliography includes 18 novels, 14 anthologies of short fiction and 14 nonfiction works, encompassing “hard sci-fi” (characterized by its respect for scientific accuracy), robot fables, satire, essays, interviews, a memoir and a collection of reviews for nonexistent books (titled “A Perfect Vacuum,” it opens with a meta-metatextual review of the book itself).

Behind the Iron Curtain in 1950s Poland, Lem constructed his own brand of science fiction, different from what was popular in the United States. He paid close attention to the scientific discoveries and theories of his times, turning his polymathic attention to space travel, chemistry, genetic engineering and mathematics, paired with a sense of literary invention worthy of Borges, Bolaño, or Flann O’Brien.

Such was Lem’s diversity of style and expertise that in 1974 Philip K. Dick, who Lem himself esteemed as “a visionary among the charlatans,” wrote to the F.B.I. alleging that Lem was actually a committee of K.G.B. agents writing under one name. (Dick was also experiencing religious visions at the time, which inspired his 944-page “Exegesis.”)

Agniesza Gajewska, a professor of Polish at Adam Mickiewicz University, said Lem’s visions of the future contain traces of the past, including the author’s own wartime experiences in Lviv, a city that was part of Poland when Lem was born there in 1921, but is now in Ukraine. She has explored that continuity in her recent book “The Holocaust and the Stars: The Past in the Prose of Stanislaw Lem.”

In an email exchange, Gajewska said that she began her research with Lem’s autobiographical novel “Highcastle,” which omits any reference to the author’s Jewish identity. The account of his childhood Lem offered had been impossible to verify, she added.

“I helplessly browsed the files, walked the streets he mentioned in the book and wondered where to look next,” she said. It was only when she learned that Lem’s father, Samuel, paid dues in Lviv’s Jewish community, that her work reached a turning point, she added.