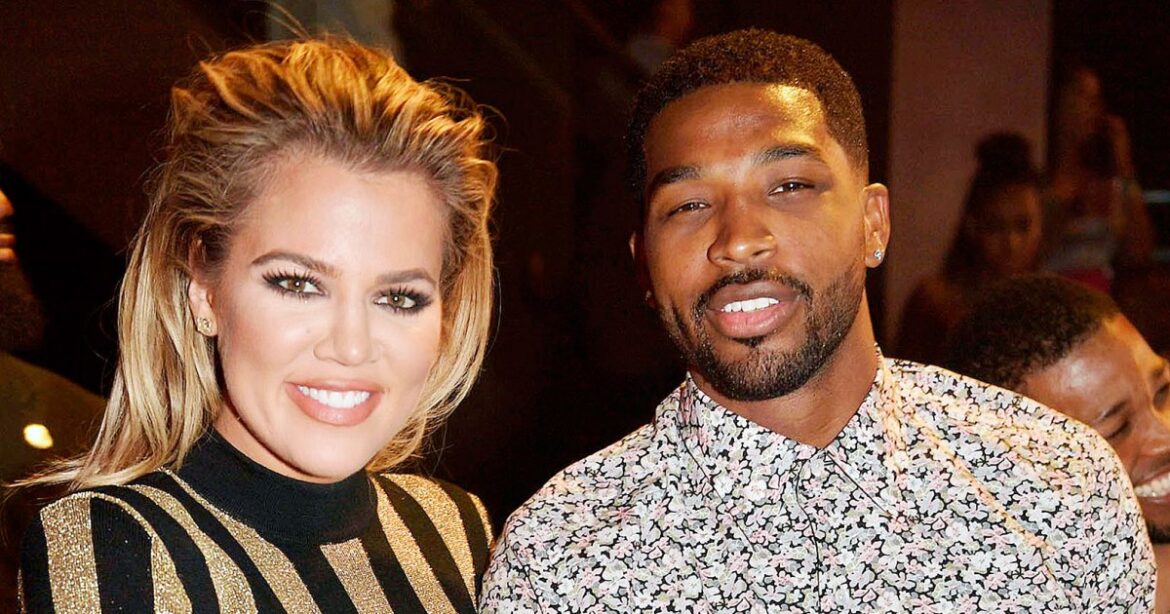 What a whirlwind! Khloé Kardashian and Tristan Thompson’s relationship has been tumultuous, to say the least. A lot happened between them leading up to their second split in June 2021 following their romantic reconciliation one year prior, which occurred after he cheated on her with fitness trainer Maralee Nichols. Tristan and Maralee would later welcome a child together named Theo.

One month prior, a rep for the Hulu personality told In Touch the former couple were expecting their second child.

“We can confirm True will have a sibling who was conceived in November,” Khloé’s representative said. “Khloé is incredibly grateful to the extraordinary surrogate for such a beautiful blessing. We’d like to ask for kindness and privacy so that Khloe can focus on her family.”

The two conceived via surrogate in November 2021, just one month before news broke about Tristan’s affair. While they’re going to be coparents once again, Khloé and Tristan are not in a romantic relationship and only communicate for parenting duties with True.

The pair first linked up in 2016 and has been on a roller coaster of emotions ever since. After the duo announced they were expecting their first child, daughter True Thompson, the NBA star cheated on the mother-to-be when she was nine months pregnant. Although KoKo was deeply hurt by the athlete’s actions, she decided to give him another chance.

In a shocking turn of events, the now-Sacramento Kings player was caught cheating on the Good American founder with Kylie Jenner’s best friend, Jordyn Woods, In Touch confirmed in February 2019. The couple decided to part ways just 10 months after the basketball star’s first run-in with infidelity.

After the pair’s split, Tristan did all he could to get back into Khloé’s good graces, including gifting her lavish presents and gushing over all her Instagram photos. At first, Khlo was hesitant to let Tristan back into her life.

The former flames eventually made their way back to good terms. In March 2020, a source told In Touch exclusively True’s parents were “getting on better than ever” while “self-quarantining” amid the coronavirus pandemic.

As the coparents hunkered down with their daughter, “They look like a happy, loving family,” another source exclusively told In Touch. Even Kris Jenner was pleased that the former duo were getting on in close quarters at the time. “[Kris] sees a silver lining when it comes to Khloé’s situation,” the insider explained. “She loves that Tristan and Khloé are together, under one roof.”

“Kris and Khloé both see the changes in Tristan,” the insider revealed. Although, “that may all change when the quarantine ban is lifted.”

Tristan appeared to stay on the straight and narrow as he was winning KoKo back. In June, a third source told In Touch KoKo “really believes” the athlete has “changed” following his infamous cheating scandals.

While the pair “[had] been trying to work [out] their [differences] for a while now,” the insider revealed Khloé was “really worried about going public” with her reignited romance. She feared the “backlash it would create and she [doesn’t] want to hear everyone’s opinions.”

The insider added, “She takes everything to heart — all the tweets, IG comments, etc — and she reads everything.”

However, amid sparking engagement rumors, Khloé opened up about their relationship during the KUWTK reunion in June 2021 and even divulged they were trying to have baby No. 2 via surrogate.

“I know the growth and the work that he’s done. I know all the help that he’s got, and the constant efforts that he makes every single day, and how hard he fought to get back with me currently,” the Revenge Body host explained. “I don’t understand why someone would go through all that if they weren’t really serious.”

However, their reconciliation was short-lived. While he was with Khloé, Tristan began an ongoing relationship with Maralee, conceiving their child in March 2021.

After the former personal trainer filed a paternity suit against Tristan in June 2021, the NBA player responded by acknowledging that the pair had sex at the time she claimed but requested a paternity test. Maralee later gave birth to a baby boy on December 1, around the time that news of the paternity suit broke.

Eventually, Tristan confirmed that he was the father. “Today, paternity test results revealed that I fathered a child with Maralee Nichols. I take full responsibility for my actions. Now that paternity has been established, I look forward to amicably raising our son,” he wrote in a statement released in December 2021, continuing, “I sincerely apologize to everyone I’ve hurt or disappointed throughout this ordeal both publicly and privately.”

Khloé later addressed where she stands with her ex, saying on Good Morning America on Wednesday, April 6, that she doesn’t hold hard feelings toward him.

“With Tristan, I did feel incredibly safe in the beginning, and I felt really good for a time,” she told anchor Robin Roberts. “I still think he’s a great guy, and he’s a great dad. He’s just not the guy for me.”

When Robin asked Khloé what she and her siblings want in a relationship, the television personality replied, “I think, at the end of the day, all of us aspire to have blissfulness. We want to feel happy, we want to feel safe.”

Take a look back at this volatile couple’s dramatic relationship timeline below.