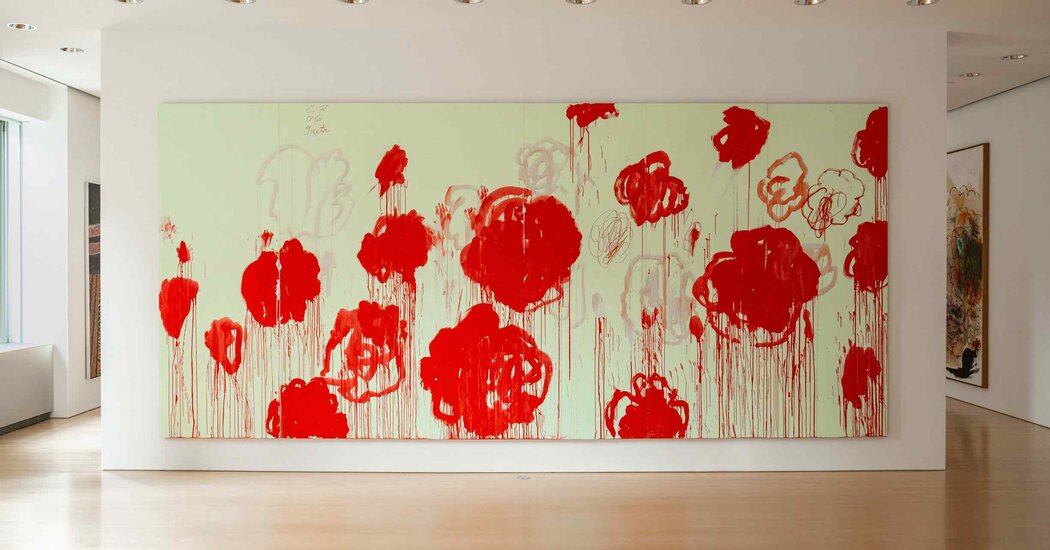 With major pieces by artists like Andy Warhol, Cy Twombly, Gerhard Richter and Mark Rothko, the Macklowe Collection will be sold at Sotheby’s with an estimated total value of more than $600 million, the auction house announced on Thursday, the highest estimate on a collection to come to auction.

Calling it “one of the most significant and museum-quality collections of modern and contemporary art ever to come to market,” Charles F. Stewart, Sotheby’s chief executive, said at a livestream news conference from the auction house’s New York galleries that the sale “will captivate top collectors from around the world and that it will make history as a defining moment in the art market.”

That market could use a boost, given the last 18 months of pandemic-dampened activity. Auction sales declined 30 percent to $17.6 billion in 2020 from $25.2 billion in 2019, according to the latest Art Market report, published by Art Basel and UBS, bringing the market to its lowest level in a decade.

Moreover, auction houses have suffered from a scarcity of top-quality inventory, making a meaty estate like that of the Macklowes an especially energizing prize. (Christie’s competed for it.)

“In recent months we’ve seen record demand from across the globe and a real hunger for great masterpieces, with demand far outstripping supply,” Oliver Barker, Sotheby’s principal auctioneer, said at the news conference.

The collection of 65 works, on view in Sotheby’s Upper East Side showrooms, belongs to the billionaire real-estate developer Harry Macklowe and his former wife, Linda, who were unable to agree on valuations during acrimonious divorce proceedings, resulting in a court-ordered auction.

Brooke Lampley, Sotheby’s chairwoman and worldwide head of sales for global fine art, described the collection as “the fruit of five decades of thoughtful and tenacious pursuit, driven by an innate understanding of quality.”

It will be sold in two parts, one in November and the next in May, Sotheby’s said. The fall sale will feature 34 works of 20th- and 21st-century art, like pieces from the 1940s and some painted less than a decade ago. They include Alberto Giacometti’s 1964 sculpture “Le Nez” (a long-nosed figure suspended within a cage) and Rothko’s luminous “No. 7” from 1951, each of which are expected to bring about $70 million.

Warhol’s haunting 1962 “Nine Marilyns,” a metallic silk-screen, and Twombly’s expansive 2007 “Untitled” canvas of dripping red peonies are each estimated at $40 million to $60 million.

Sotheby’s expects strong interest from Asia, said Patti Wong, chairwoman of Sotheby’s Asia, which accounted for 50 percent of the auction house’s total sales last year. Asian buyers are “entering the field in unprecedented numbers and are ready to engage at the highest level,” she said.

Highlights from the collection will travel to Taipei, Hong Kong, Los Angeles, London and Paris before returning to New York ahead of the November sale, Sotheby’s said, and there will also be virtual tours.