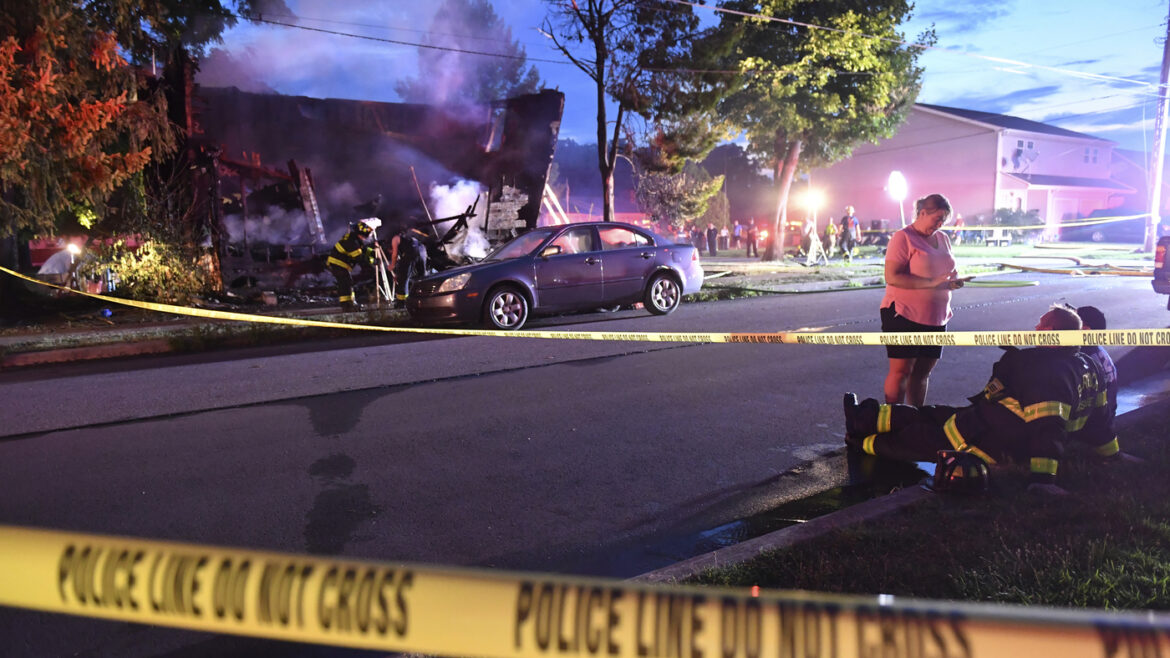 Firefighters on Friday set up lights in front of a fatal house fire in Nescopeck, Pa., that killed 10 people. 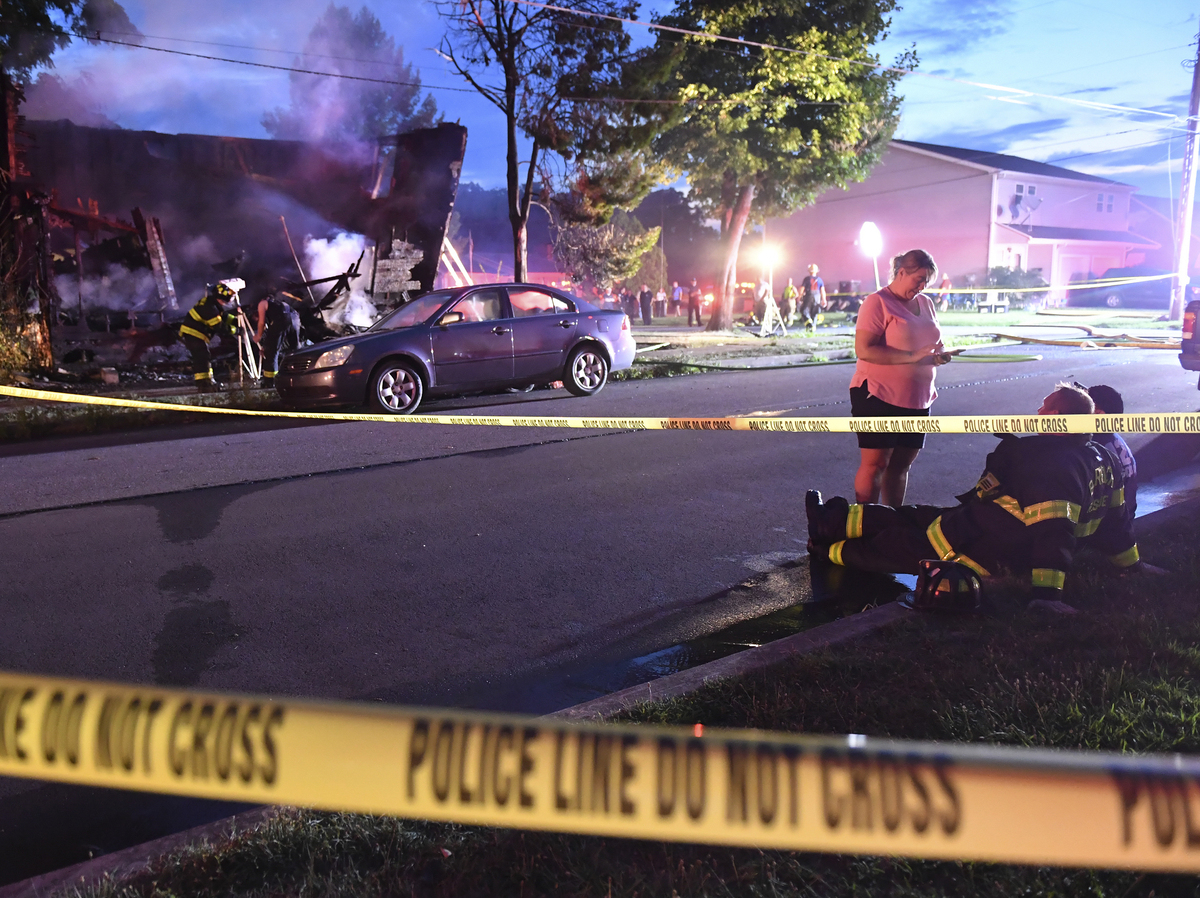 Firefighters on Friday set up lights in front of a fatal house fire in Nescopeck, Pa., that killed 10 people.

NESCOPECK, Pa. — Fire tore quickly through a house in northeastern Pennsylvania early Friday morning, killing seven adults and three children and horrifying a volunteer firefighter who arrived to battle the blaze only to discover the victims were his own family, authorities said.

The children who died were ages 5, 6 and 7, Pennsylvania State Police said in a news release, while the seven adults ranged from their late teens to a 79-year-old man. Autopsies were planned for this weekend.

Harold Baker, a volunteer firefighter in the town of Nescopeck, said the 10 victims included his son, daughter, father-in-law, brother-in-law, sister-in-law, three grandchildren and two other relatives. He said his two children and the other young victims were visiting their aunt and uncle’s home for swimming and other summertime fun.

He said 13 dogs were also in the two-story home, but didn’t say if he knew whether any survived.

“All I wanted to do was go in there and get to these people, my family. That’s all that I was thinking about, getting in to them,” Baker said in a phone interview with The Associated Press.

Baker grabbed a hose and air pack, and started pouring water on the fire, desperate to make his way inside and calling out to his son. His chief realized whose house it was, and fellow firefighters escorted Baker back to the firehouse.

“The information I have is that the fire started and progressed very quickly, making it very difficult to get out,” he said.

Three people were able to escape the blaze, Sanguedolce said. Four state police fire marshals are involved in the investigation, although it won’t be classified as a criminal probe unless they determine the fire was intentionally set, he said.

Nescopeck is a small town on the Susquehanna River, about 20 miles southwest of Wilkes-Barre. The house was on a residential street of largely owner-occupied, single family homes.

Baker said the address initially given for the call was a neighboring house. He realized it was his family members’ residence as the firetruck approached. He said his unit was the first on scene, and the house was already engulfed in flames.

“There wasn’t nothing we could’ve done to get in there. We tried, but we couldn’t get in,” said Baker, 57, who’s been a firefighter for 40 years.

His son, 19-year-old Dale Baker, had followed both of his parents into the fire service, joining when he was 16.

“He said it all his life, he was just going to be like his dad,” Harold Baker said.

The family was “always willing to help lend a hand to anyone in need,” Knorr said. Dale’s mother was not among the dead listed by Harold Baker.

Mike Swank, who lives two doors away across the street, said he happened to be awake early Friday and looked outside after hearing a sharp explosion. He saw the porch “was really going” and went outside, using another neighbor’s hose to keep the blaze from spreading to a garage.

“I seen two guys outside and they were in various states of hysteria,” Swank told the AP by phone.

One man was on a cellphone, “and I’m trying to ask him if everybody’s out,” he said. “The other guy was out in the street and he was just running around in circles.”

Swank said he wasn’t able to get information from them. A fence prevented him from getting to the back of the property.

Baker said 14 people were living in the home. One was out delivering newspapers, and three others escaped.

Swank said the family had moved in a few months ago under what he understood to be a rent-to-own agreement, and spent a lot of time on the cluttered front porch.

“It was so quick and so much smoke, you just knew nobody was going to make it out,” Swank said. He saw cadaver dogs being used to search the scene until the bodies were located.