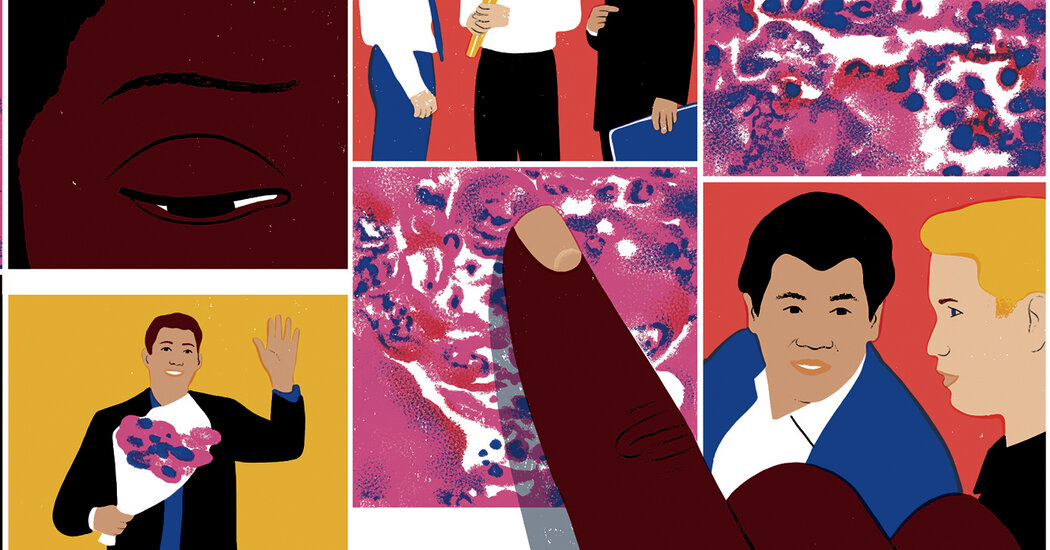 The narrator of Natasha Brown’s “Assembly” is a Black British woman. She is the obedient daughter of immigrants, the dutiful girlfriend to a self-satisfied liberal white man, and an amenable employee at a soul-crushing corporate bank in London. She floats through the world, chillingly observing others live their lives with hope and enthusiasm.

The narrator of this tightly conceived and distinctively written debut novel is perceptive, precise and unsparing with her words. Of a bitter co-worker who coasts as she toils, she says: “He rarely shows up before 11. As if each morning, fresh mediocrity slides out of the ocean, slimes its way over mossy rocks and sand, then sprouts skittering appendages that stretch and morph and twist into limbs as it forges on inland until finally, fully formed.” Yet, when it comes to herself, the narrator is coy, refusing to provide information that could sharpen her pixelated self-portrait. She has no name, no age and no preferences.

Brown’s taut novel arrives at a time of heightened and anxious interest in stories about the realities of anti-Black racism. “Assembly” will undoubtedly satiate the Anglophone publishing industry’s appetite for narratives about Black people’s experiences with white aggression — both macro and micro. (Brown’s attention to detail, especially about office life, reminded me of Raven Leilani’s “Luster,” while her inventive structure recalls Claudia Rankine’s “Citizen.”) But this success should not overshadow the novel’s more interesting experiments with the elasticity of identity and the tensions between agency and powerlessness.

The novel begins with a familiar admission of the emptiness of racial triumph narratives. Standing before a group of eager young women during their school assembly, the protagonist inspires them with a well-trodden story about “hard work, pulling up laces, rolling up shirt sleeves and forcing yourself. Up. Overcoming, transcending, et cetera.” She — with a good education, a stable job, a new apartment and money — does not believe what comes out of her own mouth. But telling the truth is not an option; so she lies, and these events, which her white, male colleagues at the bank are never asked to speak at, are a success.

As the company’s face of diversity and progress, the narrator of “Assembly” is subject to everyone’s projections. Her jealous co-workers question her place at the company and in the country. Her boyfriend sees their relationship as proof of a post-racial myth. She feels suffocated by her world and sinks deeper into depression every day. When a doctor diagnoses her with cancer, the narrator sees an opportunity to regain control of her life. She gently but firmly declines treatment. “After years of struggling, fighting against the current, I’m ready to slow my arms,” she thinks. “Stop kicking. Breathe the water in. I’m exhausted. Perhaps it’s time to end this story.” It’s a surprising move that momentarily destabilizes the story’s believability. A reasonable person might wonder: Why deny treatment? To that, Brown asks bleakly: Why not?

With the narrator’s decision, “Assembly” becomes an elegiac examination of a Black woman’s life and an acerbic analysis of Britain’s racial landscape. Brown’s rhythmic, economic prose renders the narrator’s experiences with breathless clarity, especially the steady, gnawing stream of racial and sexual harassment she faces. At only 100 pages, the book moves at an almost dizzying speed. Vignettes are packed with detail and heavy doses of cultural criticism — the narrator has read bell hooks and is well versed in the language of colonialism and empire. At times, Brown struggles to balance the narrative and the criticism, favoring the still interesting but classic analysis over the more complicated and powerful story. Nonetheless, “Assembly” is a smart novel that takes risks with the questions it raises. I look forward to Brown’s next work, in which she might try — with the same refreshing conviction — to answer them.