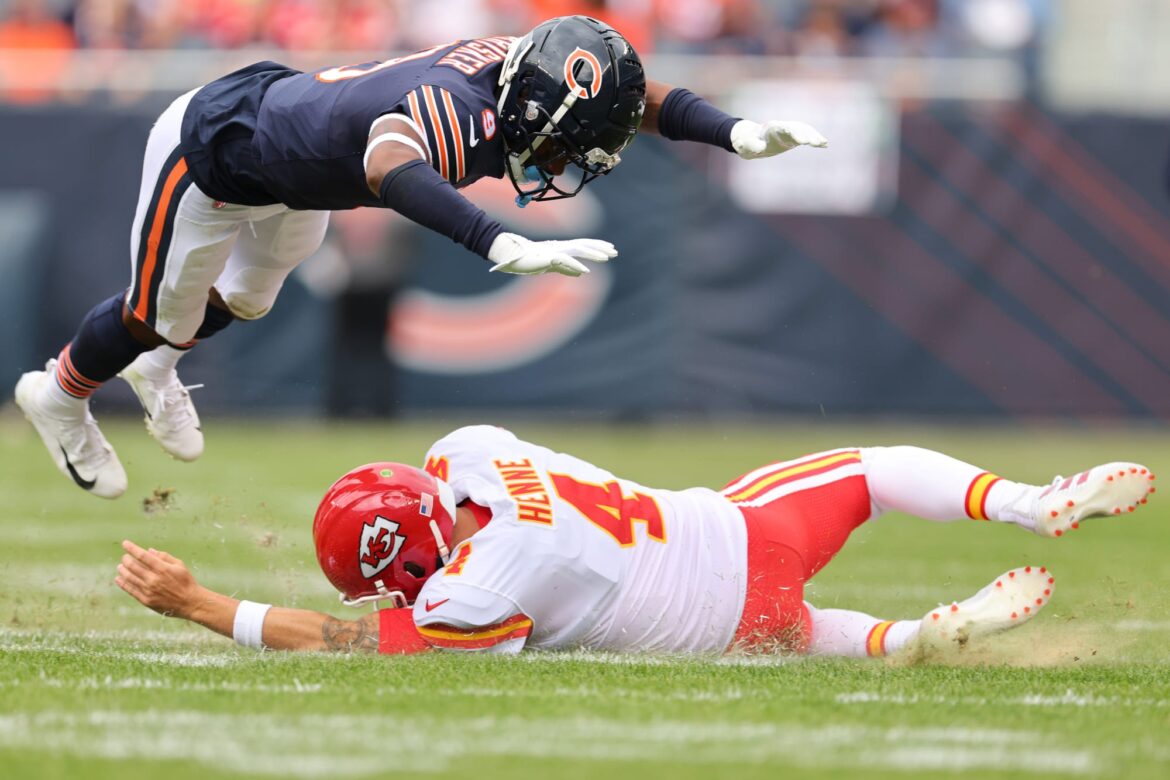 The Chicago Bears earned a 19-14 victory over the Kansas City Chiefs in Week 1 of the preseason, and four players likely secured roster spots with their performances.

Solider Field’s turf is and continues to be one of the worst in the NFL, but at least the Chicago Bears got a win on it against the Kansas City Chiefs.

Saturday’s 19-14 victory is a bit sweeter as not only did head coach Matt Eberflus get a “W,” but Matt Nagy, now with the Chiefs, leaves with an “L.”

That said, it really doesn’t matter who won the game. What matters is who did enough to ensure that when the preseason honeymoon is over, who will have graduated from the tough training camp program and earned a spot on the 53-man roster.

The Chicago Bears defeated the Kansas City Chiefs 19-14, and four players stood out, earning themselves roster spots after the preseason

Usually, you look for three players who stand out and make a good impression. That said, in this game, it was four players for the Bears who, when given an opportunity, made plays throughout their time on the field and performed well enough to show both Matt Eberflus and Ryan Poles that they are worth keeping around.

Granted, one game doesn’t automatically solidify your spot, but playing good gives you a better chance than if you played bad. The most important thing, however, not just for the preseason but this season in general, is the growth and development of Justin Fields.

Having a good defense may warm the old-school hearts, but that era is over. Face the reality, if you will. That may not be what the Bears are about but get with the program. It is about having an elite offense and a strong enough defense that will ultimately lead to success. Thankfully for the Bears, there were some good offensive players that stood out against the Chiefs, and yes, there were a few defensive players who took notice as well.