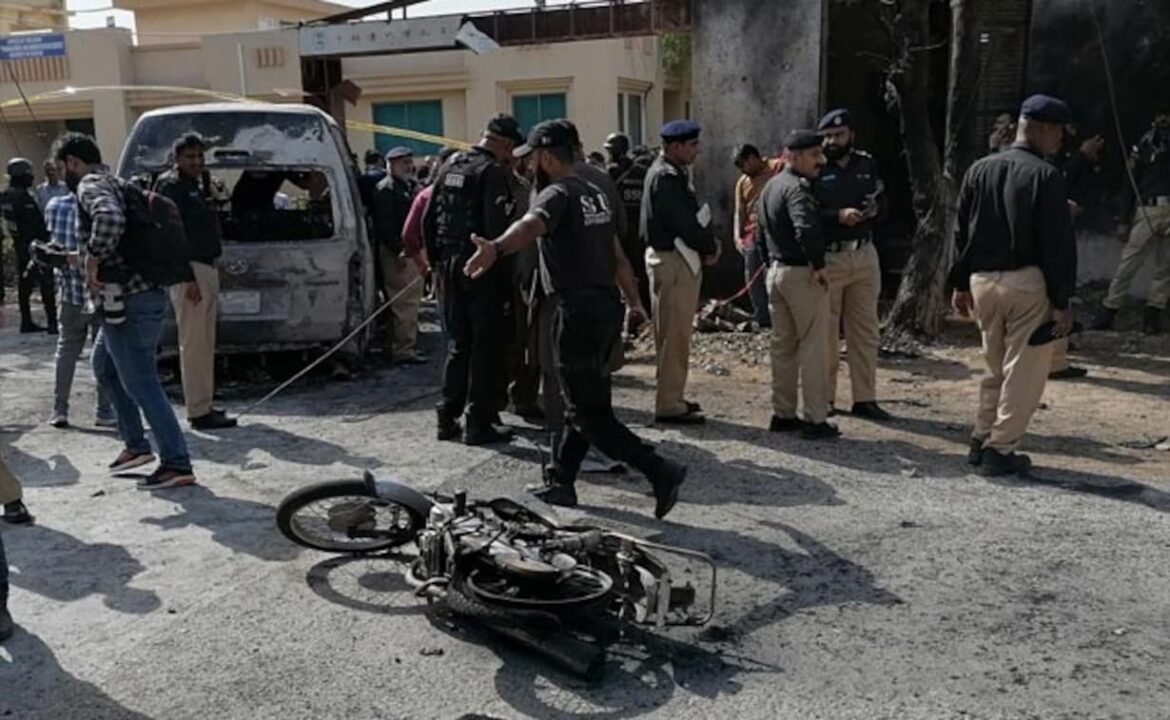 A bomb blast outside the Pakistani university in Karachi has killed at least four people. All three are Chinese nationals. The bomber struck shortly after 2:30 a.m. local time on Tuesday, according to a report in the Pakistani media Dawn.

Sindh Inspector General of Police Mushtaq Ahmed Mahar telephoned the chief minister to inquire about the death toll in the blast. This information has been informed from the office of the Chief Minister.

The banned organization, the Baloch Liberation Army (BLA), has claimed responsibility for the attack.

A Karachi University spokesman identified the three Chinese nationals as dead. They are Huang Guiping, director of the Confucius Institute at the university, Ding Mupeng and Chen Sai. They were in a car. Its driver Khalid was also killed.

The spokesman said two more Chinese nationals were injured in the incident.

A footage of the incident has been broadcast on television. It was seen that a white car was burning and smoke was rising from it. The windows of a nearby building are broken. The car exploded as it was turning towards the Confucius Institute.