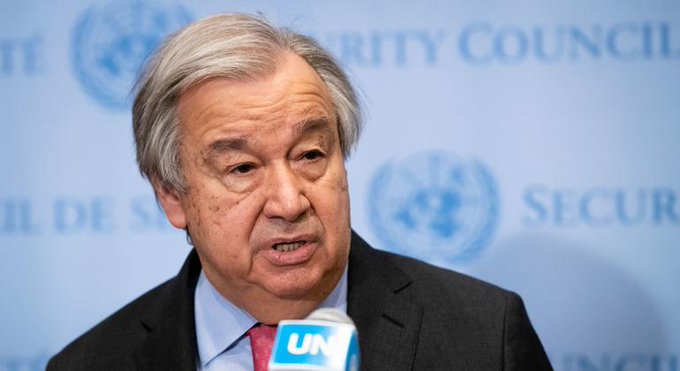 UN Secretary General Antonio Guterres will meet with Ukrainian President Volodymyr Zelensky this week. He will travel to Kiev after a visit to Moscow to meet with Russian President Vladimir Putin on the Ukraine war. The United Nations said on Friday. News from AFP.

Guterres will meet with Zelansky and Ukraine’s foreign minister on Thursday after a two-day visit to Moscow, according to a UN statement.

The Kremlin has confirmed that Putin will meet with Guterres on Tuesday.

Guterres sent a letter this week urging the two presidents to meet face-to-face in an effort to get the UN back on track.

The war has left members of the UN Security Council partially divided. The member countries of this council are United States, France, Britain, China and Russia.

China refuses to comment on Russia’s aggression against Ukraine They say it is part of a Western effort to weaken Moscow. In this case, Russia is the victim country.

Spokesman Stefan Dujarric said this week that he would discuss “urgent steps to be taken to restore peace in Ukraine during this time of crisis.”

Guterres did not have much contact with Zelanski after the war. On March 26, he telephoned the President of Ukraine only once.

Putin has not spoken to Guterres or contacted him since the secretary-general said the aggression violated the UN Charter.