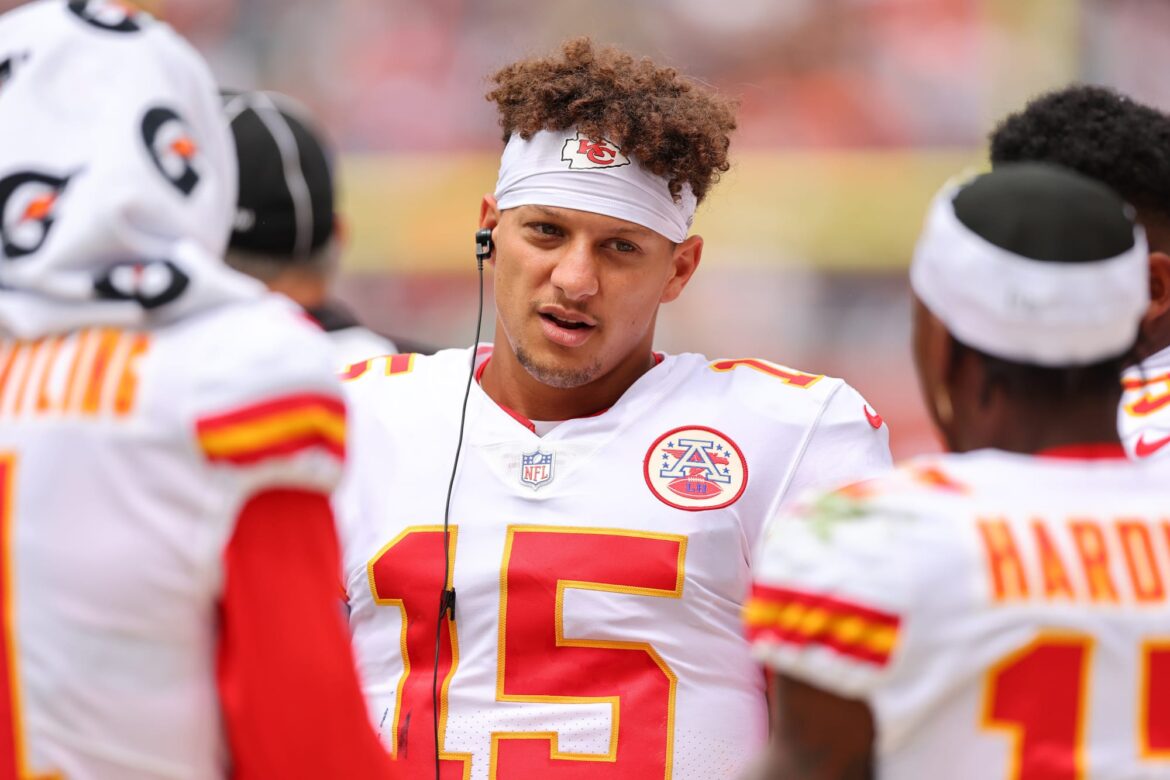 The game did not count, but these Kansas City Chiefs preseason highlights sure were splendid.

Despite playing on a field that was actively trying to hurt everyone, the Kansas City Chiefs played just fine in their first preseason game of the summer vs. the Chicago Bears.

It may be called Soldier Field for more sentimental reasons, but there was nothing sentimental about the “grass” looking like the University of Tennessee was in charge of taking care of it. Even if the hometown Bears were victorious in a game that will not count, the Chiefs put forth some good things on film, far prettier than the grotesque playing surface they had to deal with all afternoon.

With both knees still intact, Patrick Mahomes and the boys can go back to Arrowhead in one piece.

While you were tending to your lawn better than Lori Lightfoot ever could, here are the three Chiefs highlights you need to watch before venturing over to the water cooler at work on Monday.

Kansas City Chiefs: Highlights from the preseason game vs. the Chicago Bears

3. Patrick Mahomes finds The Belldozer for a slick six points before bowing out

Mahomes completed six-of-seven passes for 60 yards and a touchdown pass to tight end Blake Bell before baking in the hot Chicago sun on a sultry Saturday afternoon. The Bears might be the worst team in football, so it was good to see Mahomes do what he does and carve up cannon fodder before being the champion that he is on the sidelines. The Bears got Belldozed big time!

2. Skyy Moore was toe-tapping like a pro in his first professional game of sorts

While Shane Buechele got the bulk of the run at quarterback for Kansas City in this game, check out rookie wide receiver Skyy Moore getting in on some of that toe-tapping action. The former Western Michigan star is expected to do big things in a Kansas City uniform. He may have played at a small school, but he is showing he can make the big-time plays when his team needs him to.

This is what preseason games are all about. Justin Reid might make a living playing safety, but he will never forget making the extra point in a game that did not even count. I mean, this field was in about as bad of shape as Reid’s alma mater’s football team over in Palo Alto, but it is the thought that counts. While it may not be Stanford’s motto, the thought that counts should be somebody’s.

Ultimately, who cares? The Chiefs know they are going to be a wagon in the AFC again this season. Mahomes is still Mahomes and he is still being coached up by majestic Andy Reid. While it may be important that the lowly Bears did not wither up and die on their field that was probably not safe enough to have a picnic on, at least football is back in our lives. Week 1 will be here soon enough.

“You see that Justin Reid guy kick an extra point on Saturday?” “Yeah, let me tell you all about it.”