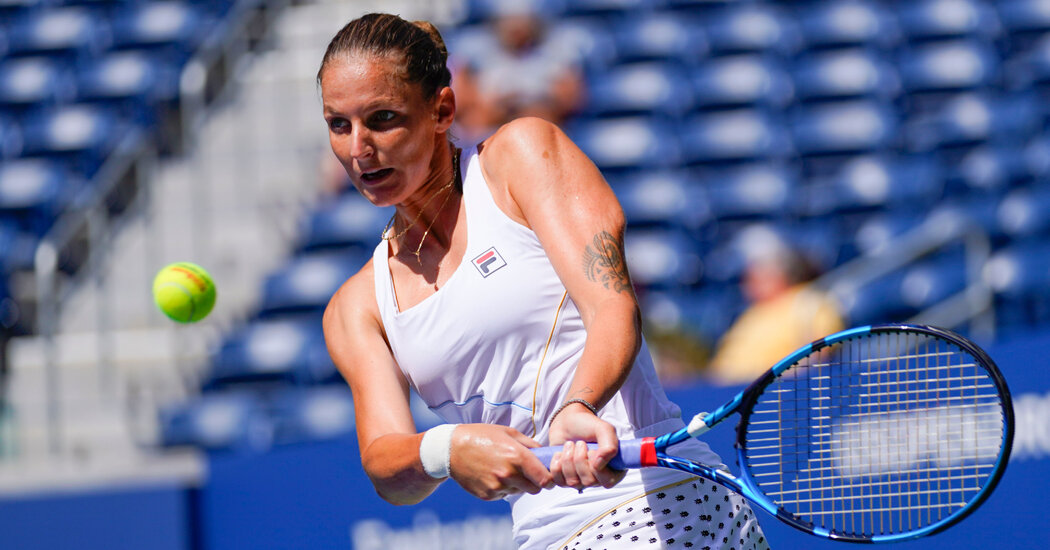 Alexander Bublik of Kazakhstan, the 31st seed, has never been past the third round of the main draw of a Grand Slam singles event. After a particularly poor hardcourt season, winning only two of his six matches after the Olympics in the run-up to the U.S. Open, Bublik, 24, will be looking for a resurgence to hold onto his career-high singles ranking.

Jack Sock of the United States, once ranked as high as No. 8, has struggled with his love for tennis as well as injuries, falling outside of the top 300. Now in his first major tournament of the year, Sock, 28, will look to feed off the rowdy New York crowds to reach the third round of a Grand Slam tournament for the first time since the 2017 Australian Open.

Karolina Pliskova of the Czech Republic, the fourth seed, reached the final at Wimbledon in July, losing to Ashleigh Barty in three highly entertaining sets. Amanda Anisimova of the United States struggled with injuries in 2020. She missed the 2019 U.S. Open after the death of her father, Konstantin Anisimov, who was also her coach, and reached the round of 32 at last year’s tournament. Anisimova, 20, is still on her way back to her best tennis, but impressed in her loss to Pliskova, 29, at a preparatory event in August. Although Pliskova is the clear favorite, Anisimova’s abilities should make this match appointment viewing.

Anett Kontaveit of Estonia, the 28th seed, reached the round of 16 at last year’s U.S. Open before losing to Naomi Osaka, the eventual champion. Kontaveit, 25, had struggled throughout this year, but secured her second career WTA title last week at Tennis in the Land in Cleveland.

Jil Teichmann of Switzerland is also on an upswing, having reached the finals of the Cincinnati Masters in August after knocking out three seeded players. Teichmann, a 24-year-old ranked 44th, has become a regular thorn in the sides of seeded players due to her adaptability. This skill leads to highly variable matches as Teichmann pokes and prods at her opponent’s game with a variety of powerful and deft shots.

Hubert Hurkacz of Poland, the 10th seed, has had a breakthrough year, winning his first Masters 1000 title in Miami and then reaching his first Grand Slam tournament semifinal at Wimbledon. Hurkacz’s big serve is a boon on faster surfaces and can easily lead him into the second week at Flushing Meadows.

Andreas Seppi of Italy, a former world No. 18, has not been past the second round of a major since the 2019 Australian Open. Seppi, a 37-year-old veteran now ranked 89th, relies less on the power that once made him a tough draw on faster surfaces; He is now a much more tactical player, trying to draw his opponents toward overexerting themselves and making unforced errors.

Although both are unseeded, Hsieh Su-Wei of Taiwain and Sara Sorribes Tormo of Spain, are two of the most exciting players on the tour. Both Sorribes Tormo, 24, and Hsieh, 35, are exceptionally creative players, using unexpected shot combinations to outfox their opponents. Only Sorribes Tormo’s power separates the two stylistically, allowing her to be more aggressive and push opponents to the back edges of the court.