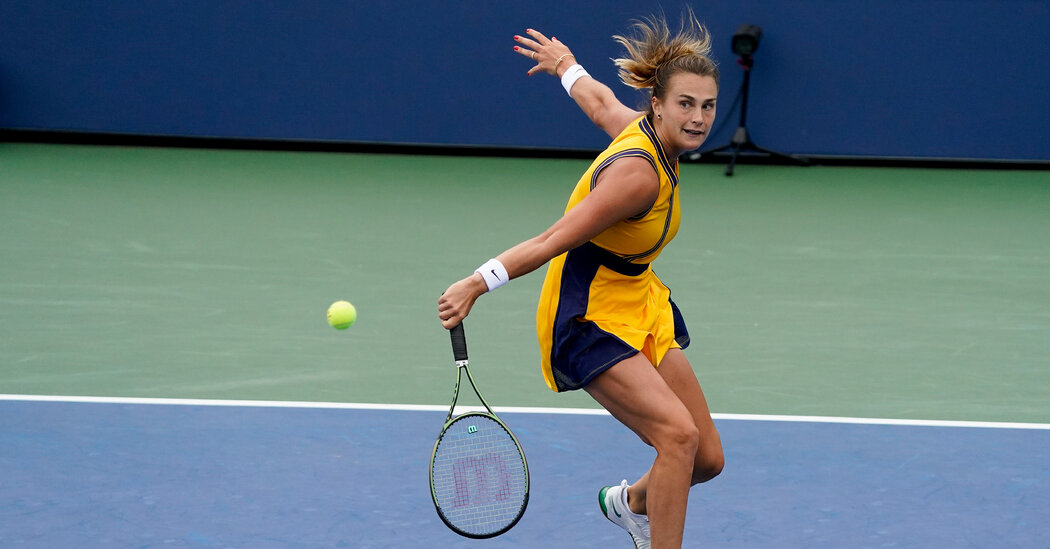 Matches to keep an eye on

Because of the number of matches cycling through courts, the times for individual matchups are estimates and may fluctuate based on when earlier play is completed. All times are Eastern Standard.

Danielle Collins, the 26th seed, has lost just 12 games on her path to the third round, a personal best at the U.S. Open. A formidable challenge stands in her way if she wants to reach the second week: the second seed, Aryna Sabalenka. Sabalenka has been a fixture near the top of the tour since 2018 but had not made it to the round of 16 until the Australian Open this year, following that performance with a run to the semifinals at Wimbledon. Sabalenka’s powerful baseline game is well suited to hard courts, and it will be difficult for Collins to counterpunch with her more creative shotmaking abilities.

Andrey Rublev, the fifth seed, struggled slightly at the beginning of his second round match against Pedro Martinez, splitting the first two sets in tiebreakers. Then Rublev accelerated rapidly, losing only two more games through the end of the match as his powerful forehand overwhelmed the Spaniard.

Frances Tiafoe reached the round of 16 at last year’s U.S. Open, his best result at any major event. To equal it, he’ll have a tough battle. Tiafoe’s physical shotmaking style can be taxing, and getting into protracted battles with Rublev will not suit him. Taking an early lead will be crucial for Tiafoe to attempt an upset.

Garbiñe Muguruza, a two-time major champion, has never been past the round of 16 at the U.S. Open. With a pair of straight-set victories under her belt, she will come up against her first major opposition in Victoria Azarenka, a two-time Australian Open champion. The pair have met four times, splitting victories evenly. Although their styles of play are nearly identical, Azarenka is generally considered to be the better hardcourt player, having reached the final at the U.S. Open on three occasions.

Dan Evans, the 24th seed, has been an inconsistent dynamo on the ATP Tour. His only fourth-round appearance at a major tournament came in 2017, preceding his one-year ban for a nonperformance enhancing positive drug test. When he is in form, Evans can be a challenge for even the best players, but the past few months of preparatory tournaments have yielded poor results.

Alexei Popyrin, a young unseeded Australian, is making his fourth appearance in the third round of a major tournament, with each coming on hardcourts. But Popyrin has similarly struggled in preparation for the U.S. Open, and without his powerful serve in full flow, it is hard to see how he can overcome the experience of Evans.

Sleeper match of the day

Naomi Osaka, the defending champion, received a walkover in her second round, providing her with a small respite from Hurricane Ida’s tempest. Leylah Annie Fernandez won her first WTA event at the Monterrey Open in March without dropping a set along the way. The 18 year-old Canadian has plenty of potential; while this match may be one-sided, the glimmers of that potential that Fernandez is able to string together should provide for some great tennis.