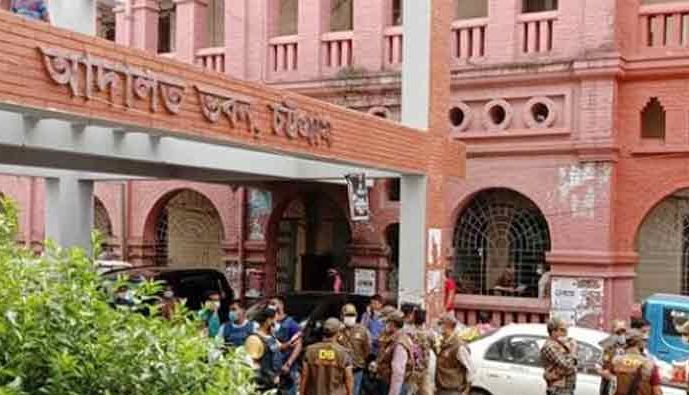 A Chittagong court has acquitted 20 accused in a corruption case 20 years ago, the day before the trial began.

In 1996, the Chittagong ACC filed a corruption case against 20 people, including an Awami League leader, for irregularities in the allocation of shops in Muradpur. The order was passed in the court of Chittagong Divisional Special Judge Munshi Abdul Majid on Tuesday. Among the accused, 15 accused were present in the court.

Advocate Sheikh Iftekhar Simul Chowdhury, counsel for the accused, said that after years and years had elapsed for further investigation, the accused was granted immunity on the day of formation of charges against the accused. However, no application has been filed by the ACC to start the trial by framing the allegations of the accused.

Advocate Sheikh Iftekhar Simul Chowdhury said, “The investigating officer could not prove any allegation against the 20 accused in the case filed by the ACC. Since we can prove it to the court, the court did not accept the supplementary chargesheet and acquitted all the accused on the day of formation of the charge.

Earlier, ABM Mohiuddin Chowdhury died and on May 30, 2016, the court acquitted him.

ACC PP Kazi Sanwar Ahmed Lavlu was present at the hearing of the case on behalf of the ACC. He was not found on the phone.

Another ACC lawyer, Public Prosecutor (PP) Advocate Mahmudul Haque, said: If the charges had been framed, the trial against the accused would have started from today. Now there is no such opportunity.

Between January and December 1997, 23 shops built by Chittagong City Corporation were allotted at Muradpur in the city. The ACC filed a case with the Kotwali Police Station on October 13, 2002, alleging allotment of shops without tender and verification. The then ACC inspector Shamsul Alam filed the case. 24 people including the then mayor ABM Mohiuddin Chowdhury were accused in the case.

On February 9, 2006, Inspector Jahangir Alam filed the first chargesheet in the court. Following the writ petition filed by former mayor ABM Mohiuddin Chowdhury, the High Court on February 22, 2006 stayed the proceedings of the case. On December 6, 2012, the writ petition was dismissed. On January 17, 2019, the court ordered further investigation into the case. Chittagong Integrated District Office-1 Assistant Director. Fakhrul Islam submitted the chargesheet to the court after investigating the case.