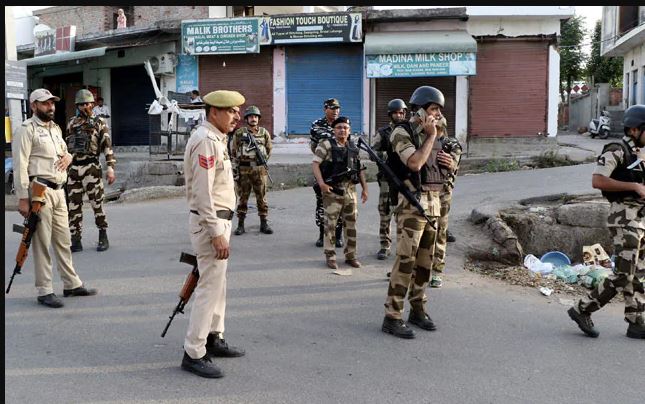 A red alert has been sounded in the union territory following an encounter near the Sunjwan military camp on the outskirts of Jammu. During the encounter, both the terrorists armed with a large quantity of arms and ammunition were killed. This averted a major attack.

A Central Industrial Security Force (CISF) officer was also martyred in the encounter and nine others, including two policemen, were injured. Security forces surrounded the terrorists after an attack on a bus carrying paramilitary personnel in the early hours of Friday, which led to an encounter.

Director General of Police (DGP) Dilbag Singh, after visiting the encounter site, had said that the two terrorists were part of Pakistan-based Jaish-e-Mohammed’s suicide squad and their infiltration took place during Prime Minister Modi’s visit to Jammu and Kashmir on Panchayati Raj Day on Sunday. There could be a “big conspiracy” to disrupt it.

Officials said the Palli Panchayat, located 17 km from Jammu city, has been sealed and the local police and paramilitary personnel, including the Border Security Force (BSF) and the Central Reserve Police Force (CRPF), have been kept under strict surveillance. has been deployed.

He said the site, located just three kilometers from the Jammu-Pathankot highway, has been restricted to the general public as part of the security arrangements for the Prime Minister’s rally.