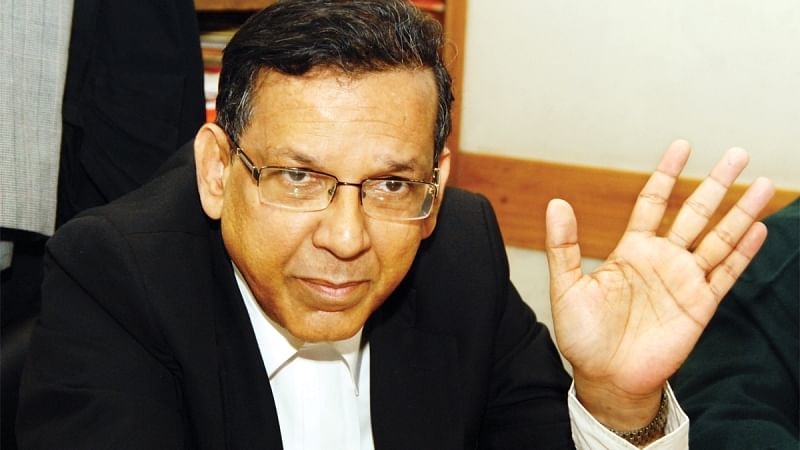 Law minister Anisul Huq on Wednesday said Bangladesh Nationalist Party (BNP) chairperson Khaleda will have to go to prison again to apply for her treatment abroad.

Speaking about the possible legal ways for treatment of Khaleda Zia abroad, he said, “If Khaleda Zia says, ‘I don’t comply with the conditions you have given for my release. Take me back to the prison and I will apply again,’ only then she will be able to apply for her treatment abroad.”

He said this while addressing the annual meeting of the Crime Reporters’ Association of Bangladesh (CRAB) at Dhaka Reporters’ Unity auditorium in the capital’s Segunbagicha Wednesday.

Anisul Huq further said, “According to the Code of Criminal Procedure, there is no way for us to arrange for her treatment abroad based on her previous application. I have never said that no one can be allowed to go abroad under section 401 of the CrPC. There is no way to reconsider an application which has already been settled as per the section 401 of the Code of Criminal Procedure.”

The law minister said, “She (Khaleda Zia) is taking treatment at Evercare Hospital with latest technology. As far I know, her health condition has developed. She is getting the best treatment that is available. I can tell you this. The government has nothing to do with it. They have been taking treatment as per their wish.”

News agency BSS adds: law, justice and parliamentary affairs minister Anisul Huq on Wednesday said the president Abdul Hamid has initiated dialogue with the political parties to form a search committee to ultimately form election commission (EC) and the next EC would be formed as per his decision.

“There is no scope of dispute regarding the formation of the EC. It would be formed as per the decision taken by the president as it is his responsibility. Even I want an act to form the EC. But now, there is no time left for this. It would not be right to issue an ordinance in this regard, bypassing the parliament,” the law minister said.

He said this while addressing as the chief guest at the annual general meeting (AGM) of the Crime Reporters Association of Bangladesh (CRAB) in the capital, an official release said.

Anisul Huq said the search committee would be formed with a senior justice of the Appellate Division, a justice from the High Court Division, chairman of the Public Service Commission and Auditor and Comptroller General. All of them are holding constitutional posts. The remaining two would be from the civil society, he added.

While talking about the Digital Security Act (DSA), he said Bangladesh needs this law.

“I know there were instances of misuse of this act. But we have taken initiative to stop such misuse. Now no journalists are arrested right after filing of case under this act. First concerned authorities scrutinise everything. This act has not been enacted to curb freedom of speech and the press freedom,” he added.